Robbie will heading out on a tour of the UK and Ireland (Photo: SplashNews.com)

Robbie Williams has announced an autumn arena tour across the UK and Ireland to celebrate his 25th year as a solo artist.

The pop superstar, 48, will begin his The XXV Tour with two nights at London’s O2 Arena in October, before heading off to Birmingham, Manchester, Glasgow, and Dublin.

Featuring eight shows in total, it will be Robbie’s first tour of the UK and Ireland since before the Covid pandemic.

The tour will support upcoming album XXV, which is set for release on September 9.

The album will mark the 25th year of Robbie’s career as a solo artist, after he initially departed Take That in 1995.

After leaving the Back For Good hitmakers, he embarked on a career that gave him seven number one singles and a total of 31 top 10 hits. 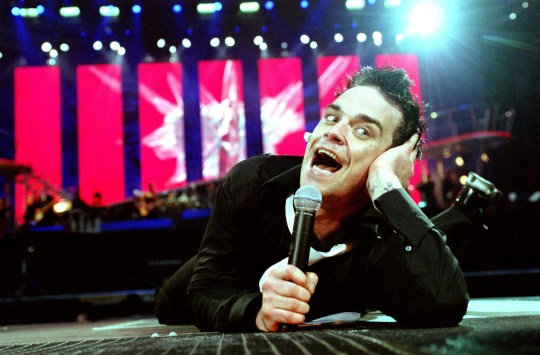 Robbie, pictured here in 2003, has had a long and varied career (Picture: Peter Pakvis/Redferns) 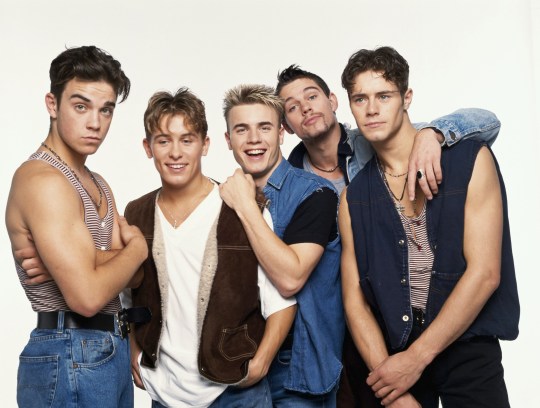 Robbie (left) rose to fame in boyband Take That in the 1990s before carving out a successful solo career (Picture: Getty Images)

The new album is set to feature re-recorded versions of Robbie’s classic hits, including Let Me Entertain You, Millennium, and Rock DJ.

The September release also promises new material from the former Take That star, including Lost, Disco Symphony, More Than This, and The World And Her Mother.

It also includes a new version of Angels, which was performed by Robbie during the half-time show of Sunday night’s Soccer Aid.

The charity football match has now taken place 11 times ever since Robbie and entertainer friend Jonathan Wilkes, 43, initiated the charity in 2006.

News of this latest tour has arrived soon after the announcement in 2021 that a biopic of Robbie’s career is to be made.

Entitled Better Man, the film is set to look back at Robbie’s lengthy time in the pop music spotlight.

Speaking exclusively to Metro’s Guilty Pleasures, Robbie said that actor Jonno Davies, who is slated to play Robbie in his youth, was ‘rocking it’ on set. 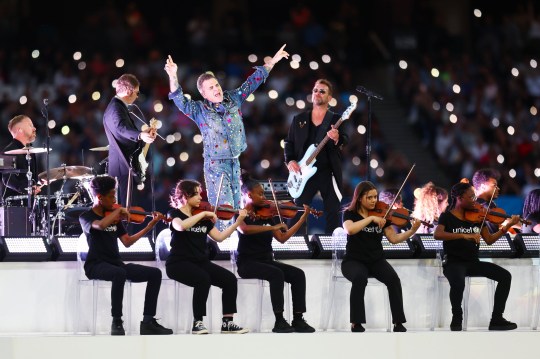 ‘Before he got there, they showed me some footage of him doing rehearsals, and it was like, “Wow, that’s it.”’

Robbie also teased fans about the biopic’s content: ‘I think this is an over-18s movie, blood and guts and drugs and sex and drink and rock’n’roll, losing yourself and finding yourself.’

In the latter portion of the film’s story, the singer is then set to star as himself after struggling to find an actor ‘confident enough’ to play him.

Speaking to fans at Melbourne’s Rod Laver Arena last month, he said: ‘I know who will play me [in the film] when I am older. You are looking at him.’