Rita Ora managed to avoid any mention of her ‘wedding’ to Taika Waititi while making a live TV appearance, where she made a hilarious gaffe concerning a peach and what she believed was a ‘dusty apple’.

Today, The Big Breakfast made its highly-anticipated return to Channel 4 with the dynamic duo of Mo Gilligan and AJ Odudu, following the huge success of last year’s one-off special.

At one point, Rita made a virtual appearance with musician Netsky to promote their new single Barricades, with the singer tuning in via video message from 3am at her location.

After discussing the many snacks she hides under her desk on The Masked Singer, Rita fetched an ‘apple’ from her fruit bowl and brought it right up close to the camera, complaining about how ‘dusty’ it looked.

But AJ then felt the need to tell Rita the truth, chiming in to add: ‘I’m sorry to break it to you – that’s a peach, not an apple.’

This moment couldn’t have been more golden (Picture: Channel 4) 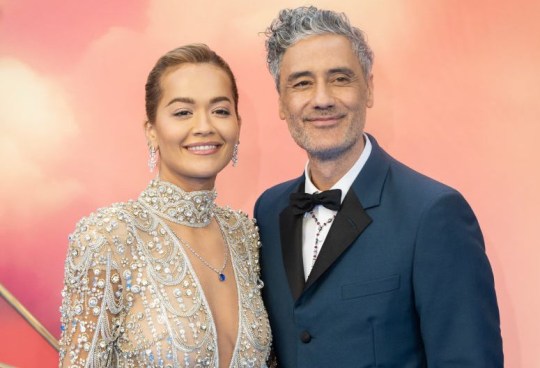 It was reported that the couple married in an ‘intimate’ London ceremony (Picture: Samir Hussein/WireImage)

Rita peered at the peach in shock at this revelation, having been completely unaware that it was an entirely different kind of fruit.

‘Rita is obviously a lady who doesn’t go to the supermarket,’ Mo joked, before she and Netsky bid everyone at the Big Breakfast studio farewell.

Fans might have been hoping for Rita to spill the beans on her apparent nuptials to Thor: Love and Thunder director Taika, after it was reported that they tied the knot in a ‘secret, intimate ceremony’ in London. 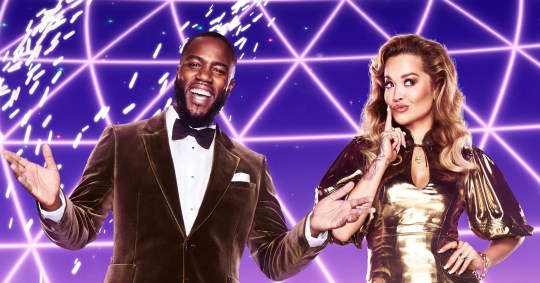 Despite no wedding talk, fans loved Rita’s peach-apple mix-up, with one tweeting: ‘Rita Ora thinking a peach was a “dusty apple”. She lives on her own planet. I love her.’

‘Bless her @RitaOra not knowing the difference between an apple 🍎 and a peach 🍑 #haha #what #noway #bigbreakfast,’ someone else said, while another wrote: ‘Screaming at @ritaora mistaking a peach for a ‘dusty apple’ 😂.’

The Big Breakfast is already the gift that keeps on giving.

The Big Breakfast returns next Saturday at 10am on Channel 4 and All 4.