The 54-year-old actor shared the news about the new Fast X casting on Instagram in a video with the West Side Story legend herself.

The 90-year-old actress admitted she was ‘thrilled’ to join the franchise, while Diesel said he felt ‘blessed’ to be able to work with the EGOT (Emmy, Grammy, Oscar and Tony) winner.

Sporting some shades and a tank top, Diesel – who stars as Dominic Toretto – began: ‘It’s been my dream forever to work with Rita Moreno and the fact that she’s here, playing my grandmother, makes my soul smile. I’m so blessed.’

Next to Diesel, Moreno was wrapped up in a black coat and a baseball cap that read ‘So far this is the OLDEST I’ve EVER been.’

She joked: ‘I think my old age was waiting for you to invite me.’

Diesel’s co-star Michelle Rodriquez could be heard laughing in the background, as Moreno added: ‘I’m so thrilled. This is gonna be such fun.’ 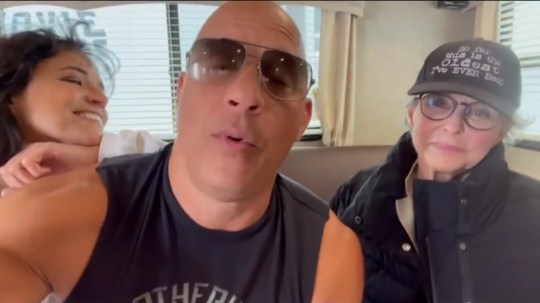 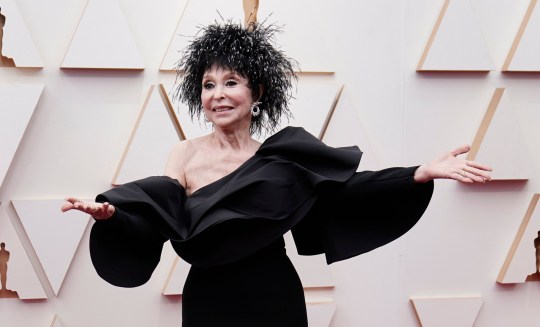 Rita’s definitely going to bring her fabulousness to the next F&F film (Picture: Jae C. Hong/Invision/AP)

However, the penultimate movie in the long-running franchise will not feature Dwayne ‘The Rock’ Johnson as Luke Hobbs due to his year-long feud with Diesel.

Only days into production the director Justin Lin also left the franchise after being at the helm of the franchise since the third movie, The Fast And The Furious: Tokyo Drift.

Lin cited Diesel’s ‘difficult’ behaviour as the reason he exited the project and turned down an estimated eight-figure payday for the movie.

A source claimed to The New York Daily News: ‘Diesel shows up late to the set. He doesn’t know his lines. And he shows up out of shape.’

It is rumoured that Louis Leterrier, director of The Incredible Hulk, might replace Lin at the helm of this highly-anticipated movie.