RICHARD Madeley has demanded racist trolls are taken to court to face justice after the horrific abuse of England players.

The Good Morning Britain presenter, 65, insists “enough is enough” after the football stars suffer abuse in the aftermath of the devastating Euros loss.

He joins the Prime Minister Boris Johnson, the FA and Met Police who have all slammed the racists who attacked the Lions after they were beaten on penalties by Italy at Wembley.

“I think personally we’ve had enough of this racism,” fumed Richard on GMB today.

“It’s not enough just to decry it and call it disgusting.

“We have to track these people down and it is possible through IP addresses. 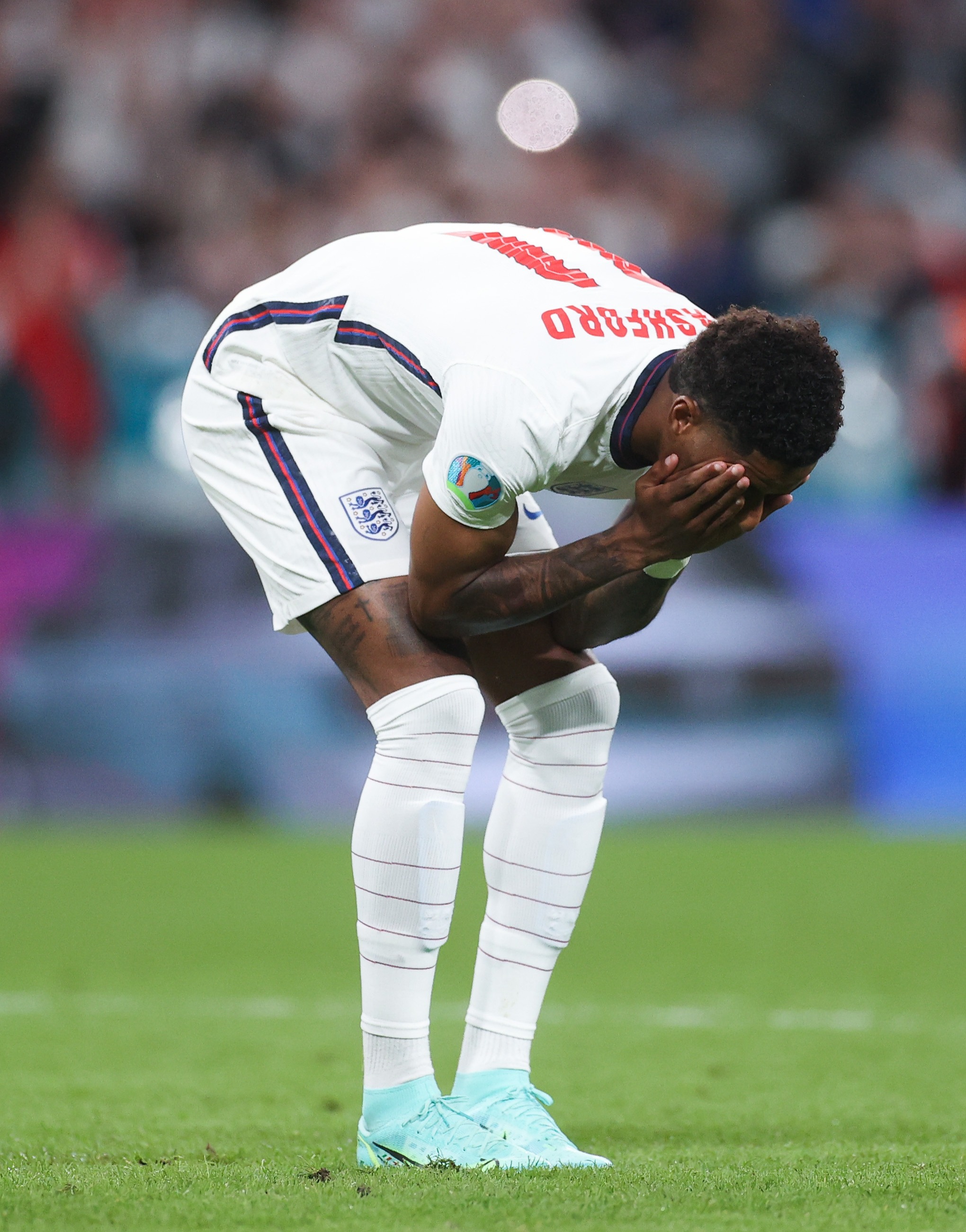 Marcus Rashford was devastated after missing a penalty at the EurosCredit: Getty

“We need to spend some money, some time and get some officers to get these guys and to bring them to court and lock them away.

“It is not representative of this country. It is a disgusting distortion of what this country now is today.

“It didn’t used to be, but now we are a properly diverse, wonderful country to live in.

“These people who are sending these messages are breaking the law, they’re breaking a profound moral code.

“They need to be dragged by the scruff of the neck into the dock.

“I don’t think it’s enough just to criticise them or call them names, we need to bring them to justice.”

England were close to glory but fell at the final hurdleCredit: AP

Bukayo Saka, Marcus Rashford and Jadon Sancho all missed penalties – and the trio were all targeted on social media.

The PM said this morning: “This England team deserve to be lauded as heroes, not racially abused on social media.