There were no risks taken by the member of staff who had a box of them, following the Billy Gilmour coronavirus shock. 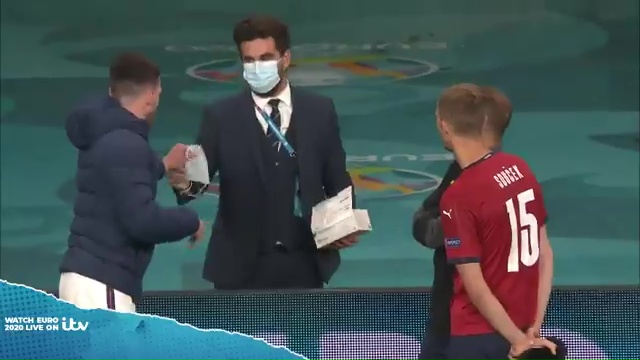 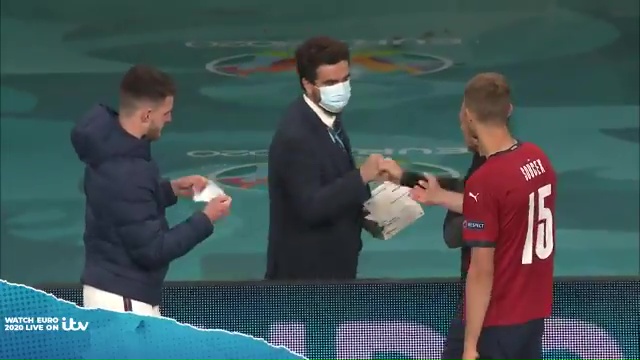 The Scotland star hugged his Chelsea team-mates Mason Mount and Ben Chilwell and chatted with them in the tunnel after England drew 0-0 against his Scotland side.

Gilmour tested positive for coronavirus just three days later and now Mount and Chilwell are in ten days of self-isolation after contact.

But after England’s 1-0 win against Czech Republic tonight, Rice was handed the mask as he caught up with his Hammers mates pitch-side.

“They are outside, that’s the big difference to what happened with the Chelsea boys the other day.

“They are outside, but nobody wants any more of this.”

Rice was seen hugging Coufal shortly after the full-time whistle before the pair along with Soucek posed doing the crossed ‘Irons’ sign in tribute to West Ham. 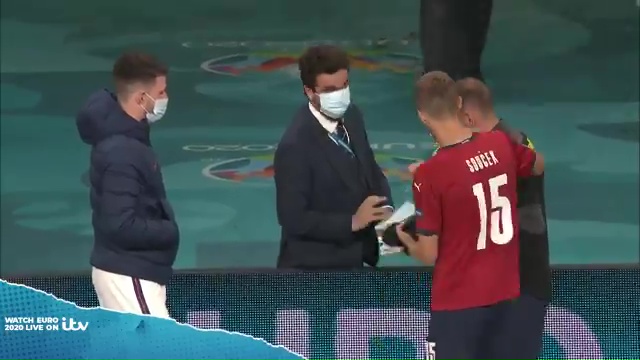 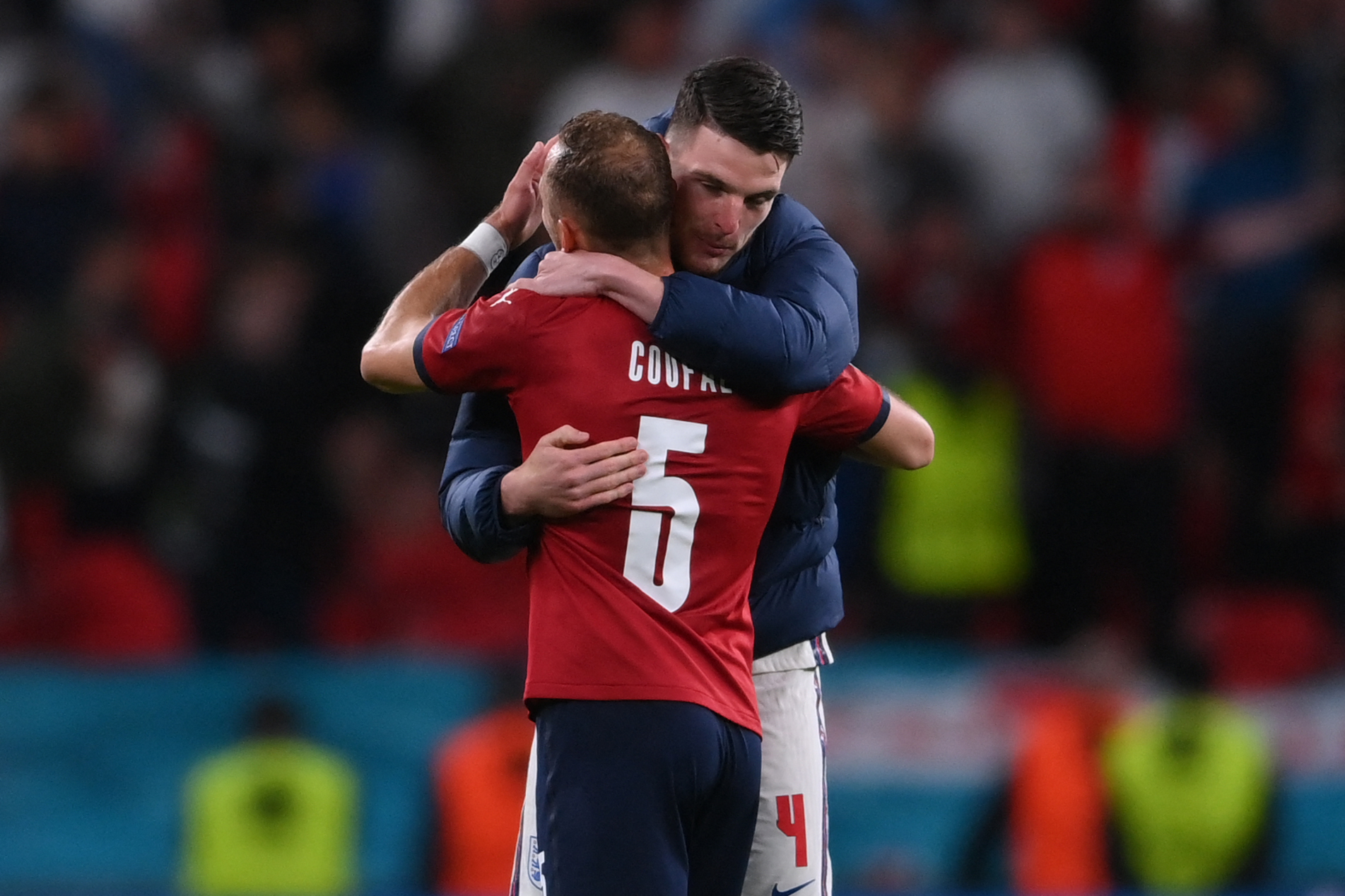 But Rice did have a hug with Coufal shortly after the full time whistleCredit: AFP

But it could land them a horror last-16 draw.

The Three Lions will face the runners up from Group F – with old rivals Germany currently occupying that spot.

But leaders France, third-placed Portugal and even bottom side Hungary could all finish second.

Southgate might have Mount and Chilwell out of self-isolation, but he wasn’t sure whether the pair would be in contention for the last-16 game.

They have to train separately and so the gaffer wouldn’t be drawn whether they are in contention for the first XI next time out. 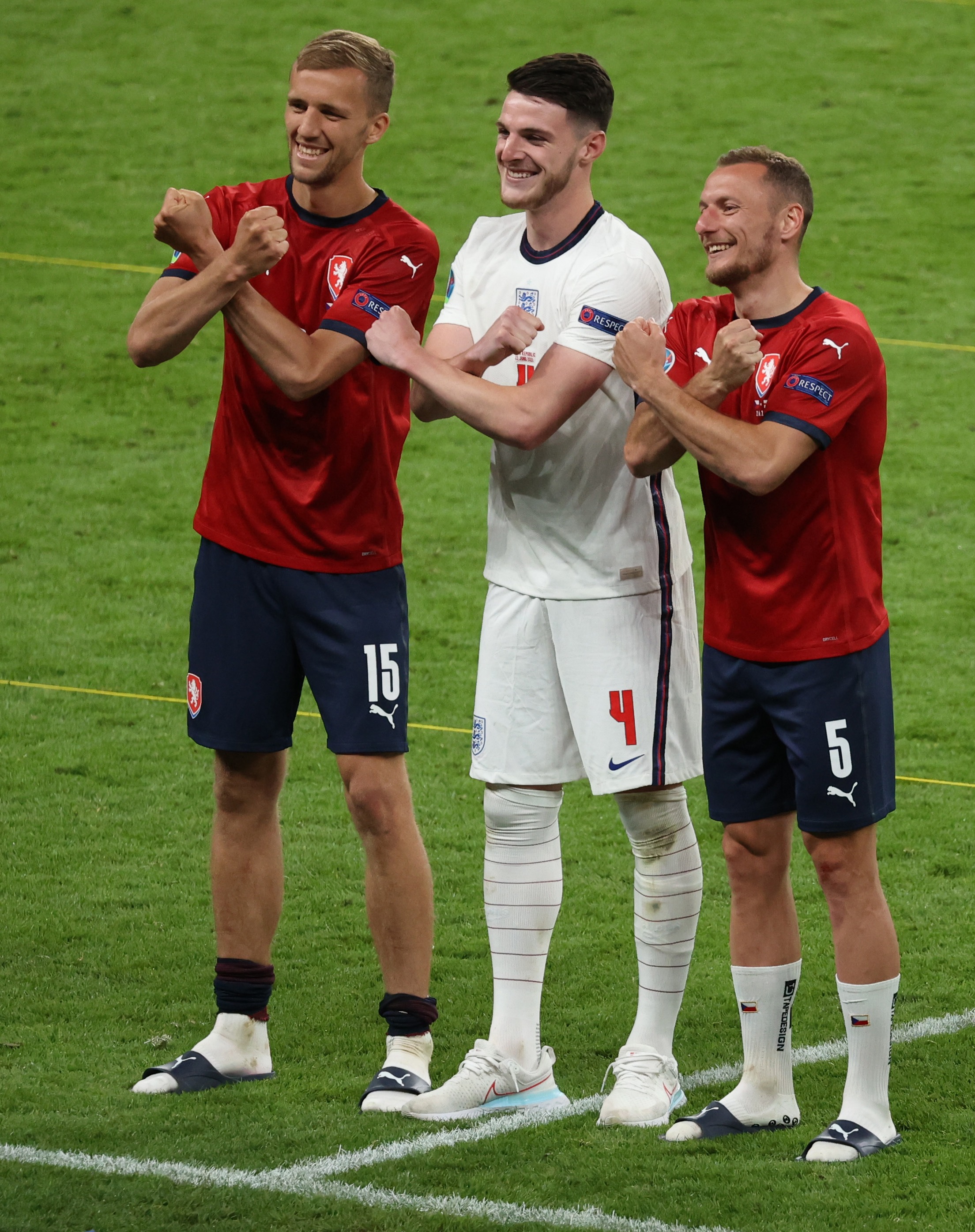 Rice and his West Ham team-mates then performed the Irons signCredit: Rex