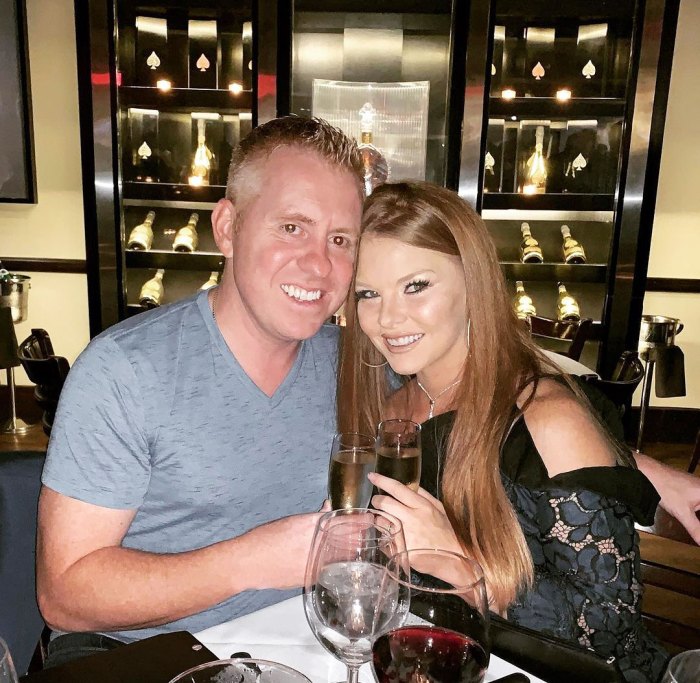 Truth to the rumors after all? Real Housewives of Dallas star Brandi Redmond’s husband, Bryan Redmond, was seemingly caught cheating on his wife of 17 years.

In a video shared by Housewives Instagram account Bravo and Cocktails on Tuesday, March 16, a man who looks like Bryan wraps his arm around a woman and kisses her at a club. According to Entertainment Tonight, the Redmond family is not commenting on the video and asking for privacy. (Us Weekly also reached out for comment.)

She wrote: ”I prayed that the baggage of mistakes, feeling rejected, used and unworthy are no longer tied to anyones soul. I’m choosing to set myself free and lean into Jesus and I pray you’ll join me if you too have these desires. We are worth happiness, grace, love, compassion and so much more. Stay strong and believe in yourself bc God always believes in you and is with you. I also want to thank you all for being apart of my journey these past few years. I have loved sharing my life with you but sometimes things come to an end.”

After some fans took the announcement as a sign that she wouldn’t be returning for season six of RHOD, the former Dallas Cowboys cheerleader’s best friend and costar Stephanie Hollman addressed additional speculation that Brandi was leaving the show over Bryan’s alleged cheating.

“I can confirm that this is 100 percent NOT TRUE. These types of far fetched rumors can really hurt people and destroy families,” Stephanie commented on the “AllAboutTRH” Instagram about the situation. “This girl has been through hell and back this past year and I cannot not speak out on this.”

A source close to production, meanwhile, told Us that “Brandi is still very much part of the show.”

While she has yet to directly comment on the scandal, Brandi posted a quote on Wednesday, March 17, via Instagram Stories.

“Where God wants to lead you is always good,” the post reads.

Brandi and Bryan celebrated 17 years of marriage in September 2020.

“Oh how time flies when you’re having fun and making memories with the one you love,” she gushed via Instagram at the time. “Happy 17 yr anniversary babe. I love you more than you’ll ever know. Go Cowboys! Of course they would have a game today?. @b4red3 #throwbacksunday #anniversarycelebration.”

Five months later, Brandi gave birth to their fourth child, a baby girl named Brilynn. The news came two years after the pair adopted son Bruin after Brandi struggled to get conceive following the births of her eldest daughters.