Ringing in the new season. On Wednesday, October 14, the newest star of The Real Housewives of Orange County, Elizabeth Vargas, hosted an ultra-exclusive party in Corona del Mar, California, to celebrate the premiere of season 15 of the hit Bravo series.

Held at a jaw-dropping $40 million mansion of a friend-of-a-friend named Bruce, Vargas made sure that the glamorous get-together had COVID safety guidelines in place.

“We have masks for everyone, we have hand sanitizer, we have individually-boxed food and security making sure we are all COVID compliant,” she told OK! magazine. “So Bruce is happy, I’m happy, and everyone is going to be safe tonight.”

Also at the event was Dennis Graham, Drake‘s dad, who played a number on the piano while Vargas sang along — as shown in Us Weekly’s exclusive video above. 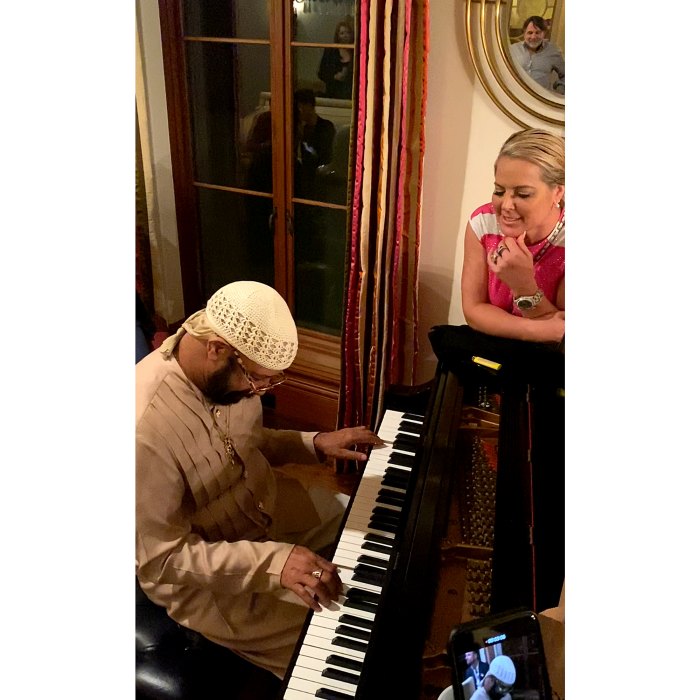 The property, which is currently on the market, is just one of four homes on the front row of the exclusive Shorecliff cove, with stairs to the sand. Designed by architect Brion Jeanette, the storybook-style home boasts four floors with five bedrooms, 10 bathrooms, a chef-worthy kitchen, a great room, a large formal dining room, wine cellar, a handsome wood-paneled office and walls of glass, which open allowing head-on views of the ocean. Other ‘wow’ features include a large game room, home theater, gym, outdoor plunge pool and spa, an elevator and a gleaming subterranean garage, suitable for at least eight cars.

Vargas’ RHOC costars Emily Simpson and Gina Kirschenheiter were on hand to support their new friend, as well as hair legend Paul Mitchell (whose line was co-founded by John Paul DeJoria, also in attendance), rapper Too Short, celeb hypnotherapist and author Kimberly Friedmutter and Vargas’ manager, David Weintraub, who solidified her spot on RHOC. 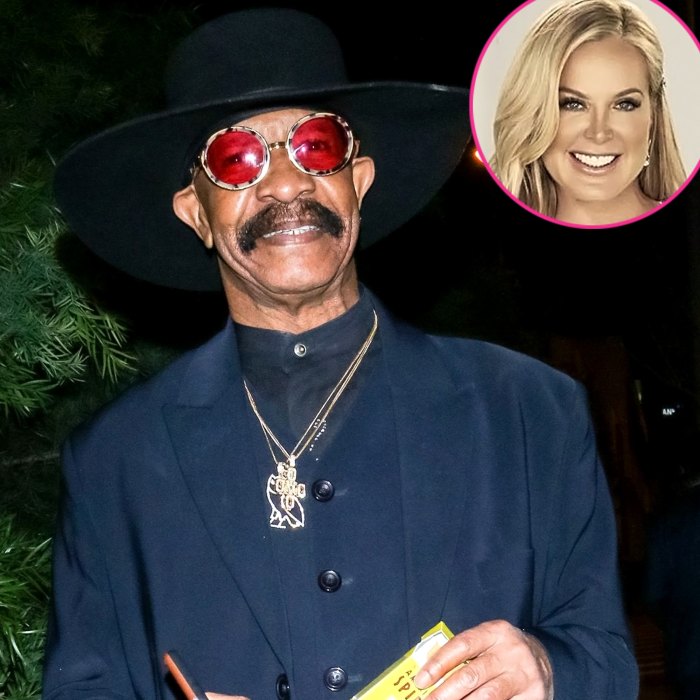 During the event, the first episode of the new RHOC season was on a big screen outside overlooking the Pacific Ocean. The crowd was super enthusiastic and lit up with applause and cheers when Vargas made her debut scene.

The party also served as a launch of the Bravo star’s new spirit, Vargas Vodka. She first came up with the idea to launch her own vodka nine years ago but felt like it wasn’t the right time. Little did she know, 2020 would create the perfect opportunity.

“The pandemic hit, and people were drinking a lot, so I said to myself, ‘Now is the best time ever to launch a vodka because people are drinking, getting lushy, so why not get lushy on my vodka,’” she told OK! magazine. “So I built this wonderful business based on my name and the love for vodka I have today.”