Former Real Housewives of Orange County star Braunwyn Windham-Burke has made it clear she has no time for the haters as some trolls still accuse the TV personality of faking the fact she is gay.

The 43-year-old surprised fans when she confirmed that she is a lesbian in a candid interview with GLAAD last November.

Indeed, the news was more of a shock for some due to the fact the Bravo star has remained married to her husband of 20 years, Sean Burke.

As she goes public with her new girlfriend – and former RHOC star – Fernanda Rocha, Braunwyn explained to Metro.co.uk how she has felt about being confronted by doubters.

The mother-of-seven stated: ‘The LGBT+ community has been so amazing since I came out. But there’s that other side of reactions where people are still trying to say I’m faking it. That this isn’t real.

‘I knew there’d be a lot of people that didn’t believe it. It doesn’t matter to me because those aren’t my people. I am here for the people that don’t always have a voice, the ones that want to see representation.’ 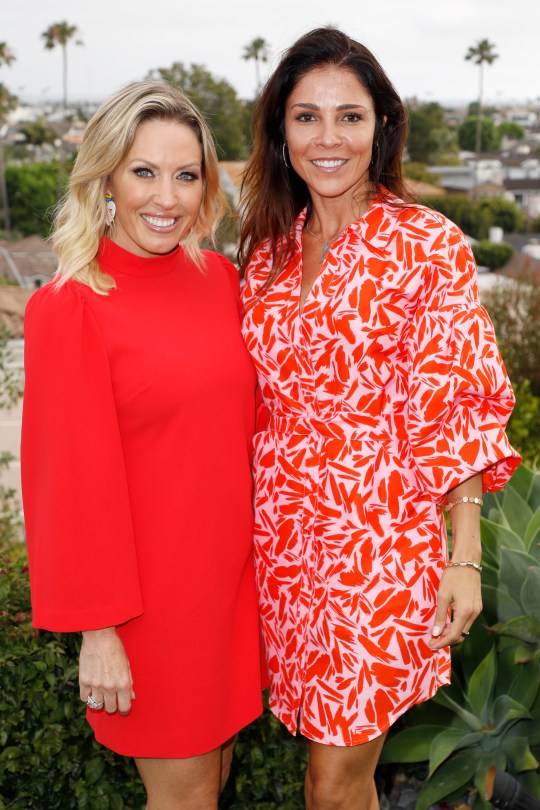 She continued: ‘Growing up in the 80s and 90s, I didn’t have any gay women that looked like me to say, “You can have the picket fence and the kids… and you can wake up with a woman every day”. My whole thing is helping with representation matters across the board.’

‘And don’t reply to the hateful ones or spend your time on them. For me, it’s like, “If you don’t believe me, then that’s okay”.’

‘You can ask my girlfriend, she’ll tell you that I’m doing some pretty gay things,’ she added with a laugh. 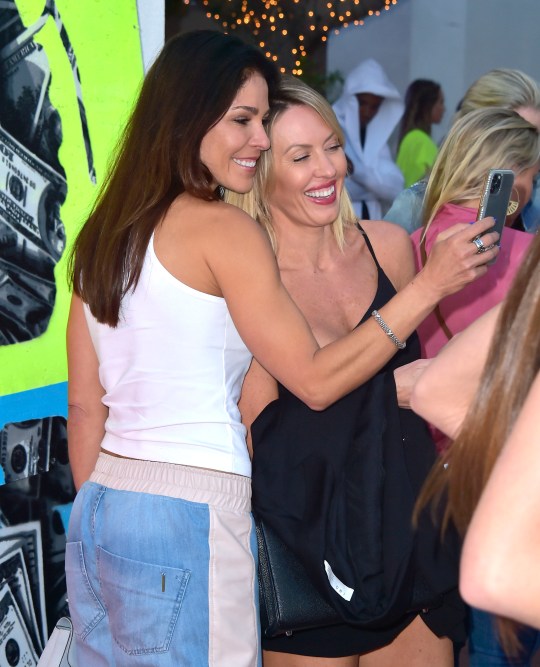 Braunwyn revealed how she ignores the hateful comments about her sexuality (Picture: Hollywood To You/Star Max/GC Images)

The reality star continued: ‘There’s always going to be people that doubt it for some reason. In my experience, it’s middle-aged white women who don’t want to believe that this is my truth. That probably says more about them than me.

‘That’s really what I’ve had to realize – it’s not a me issue, it’s a them issue. I’m going to keep doing what I’m doing and keep living my truth.’

The star also opened up about her unconventional marriage with Sean as she explained: ‘As a society, we’ve bought into this idea that marriage is between two people. But that idea that marriage has to be 100% monogamy or you get divorced isn’t actually the way it’s always been, historically speaking.

‘If you actually go back through time, that was never really the norm for so long. It is a relatively new idea. At the end of the day, I love Sean and Sean loves me. We are family.’ 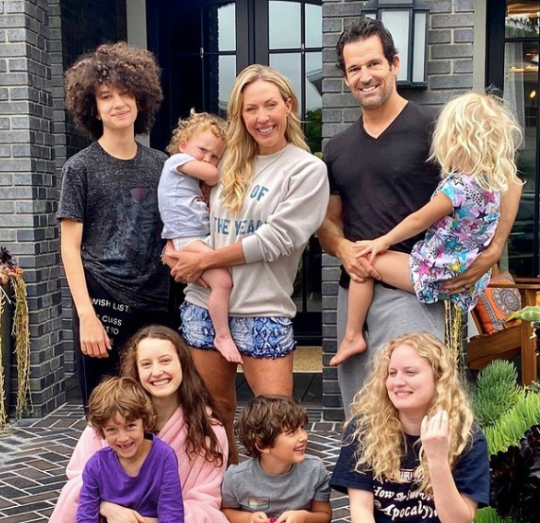 Braunwyn and Sean have seven kids together- and her husband has even hung out with the star’s new girlfriend (Picture: Instagram)

She continued: ‘We’ve been together since we were teenagers. In 26 years, we have built a life together. Why would we not try to make this work on our own terms?

‘We’re not fighting or anything. So we don’t sleep in the same bed at night anymore – I don’t see that as a reason to blow up our family. Every relationship is growing and changing, and right now we are happy.’

The star added: ‘Our kids go to bed with both of their parents at home and wake up with them both there. We’re renegotiating what marriage means to us and, to me, that is beautiful.

‘He’s even hung out with myself and the girl that I’m dating. And when he gets someone serious in his life, I would love to be able to have her over to the house and get along with her.’