REAL Housewives Of Beverly Hills’ Lisa Rinna has categorically denied being on “drugs” after a troll came for her on Instagram.

The nasty user made the comment on a fun video Lisa posted of herself dancing on her social media page. 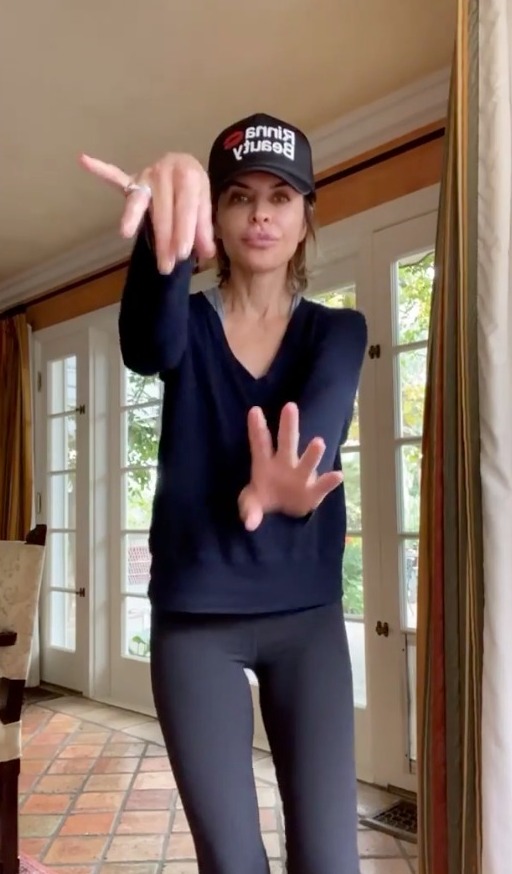 The Bravo star had the time of her life dancing in a baseball cap, gray leggings and blue cotton top, as she grooved to Now That We Found Love by Heavy D & The Boyz.

But not everyone was a fan of her lighthearted jive, with one troll asking her “are you in drugs [sic].”

Lisa wasted no time in clapping back: “No, are you?”

The mum of two’s quick retort come as her and hubby Harry Hamlin “worry” about their 19-year-old daughter, Amelia. 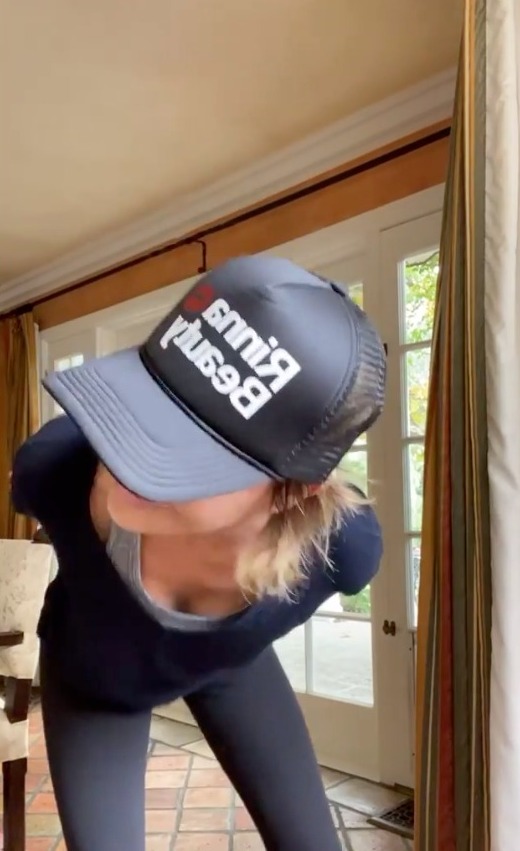 She was showing off a baseball cap from her new range as she danced to ‘Now That We Found Love’Credit: Instagram 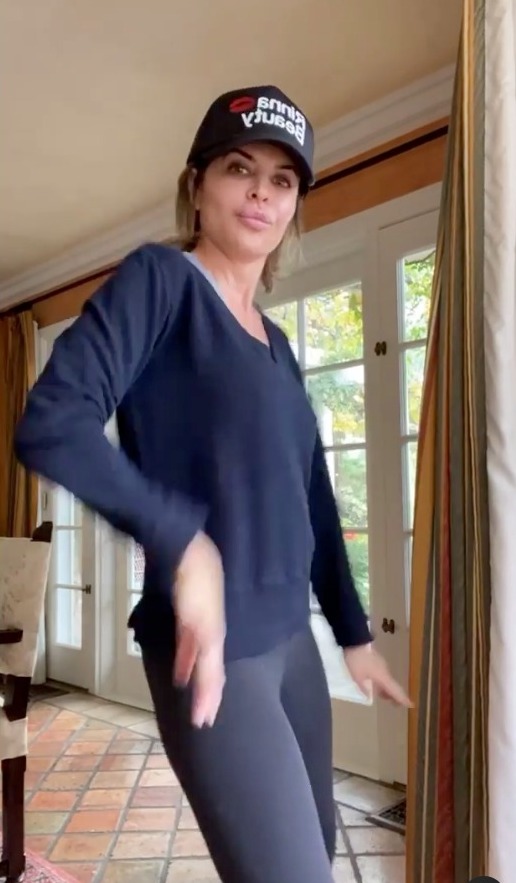 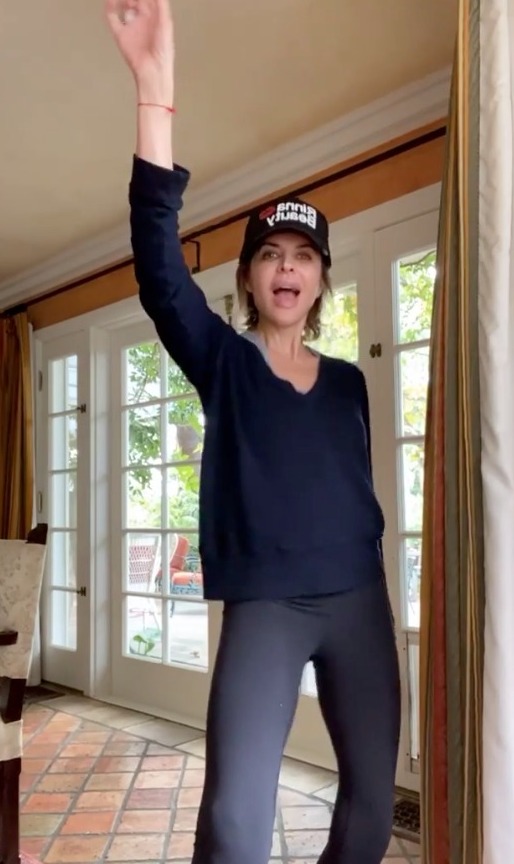 One cruel troll accused her of being on drugsCredit: Instagram

The concerned parents are concerned about Amelia’s relationship with the much older Scott Disick.

The 37-year-old reality star raised concerns from fans after he was spotted with his arm around the scantily clad 19-year-old model last month.

Soon after the couple’s romantic beach stroll in Malibu, CA, people quickly began to point out the large age difference. 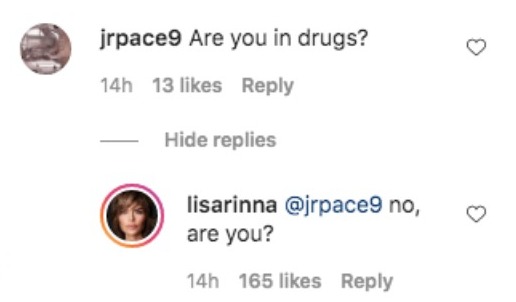 It did not help that this “romance” comes on the heels of his breakup with longtime girlfriend, Sofia Richie – who was also 19 when they began dating.

A source close to the family exclusively told The Sun that Lisa, 57, is “worried” for her youngest daughter due to Scott’s previous “baggage.”

The insider claimed: “Lisa isn’t going to acknowledge this publicly for now because she’s still trying to wrap her head around it and thinks this is a phase. 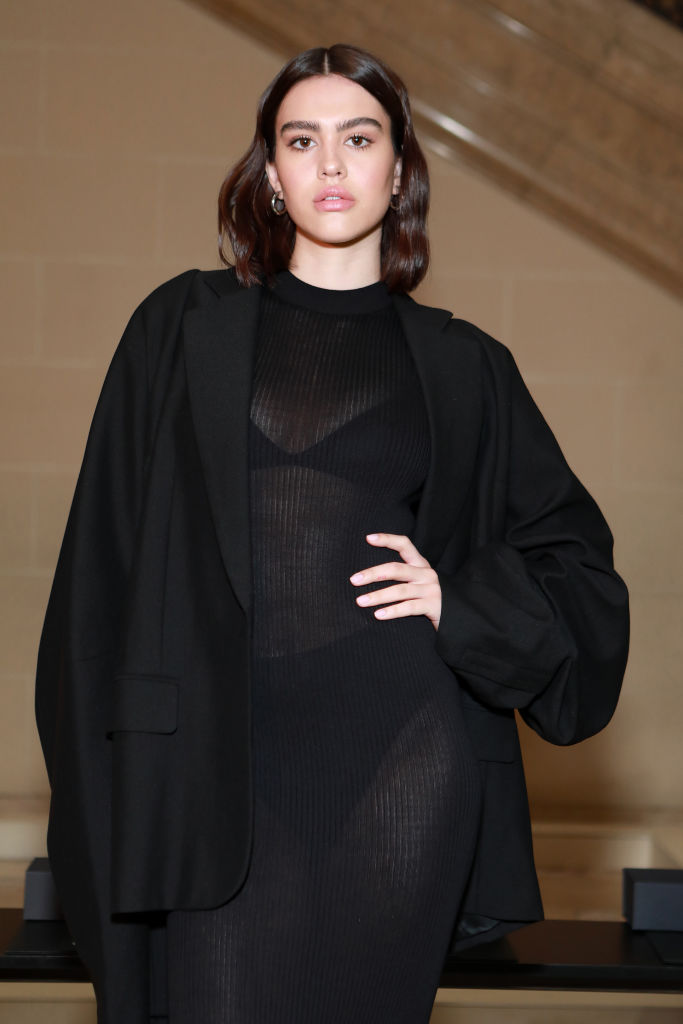 The actress has been worried about her teenager daughter, Amelia, 19Credit: Getty Images – Getty

“But when she does speak about it she’ll keep her cool but really, she’s worried.”

“She really does like Scott but both her and Harry don’t want someone that age with so much baggage to be with their baby girl, especially given Amelia’s own mental health issues.” 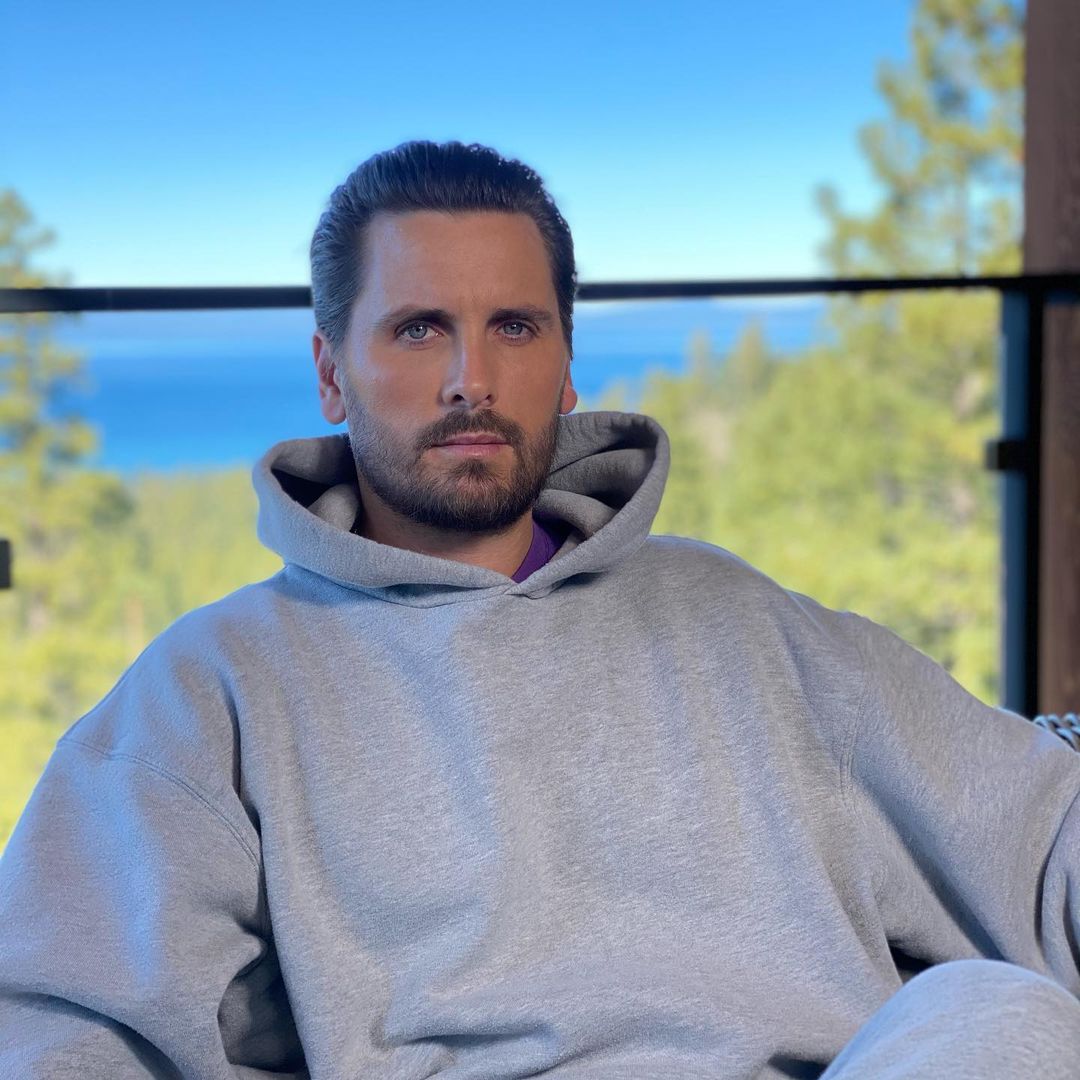 She has been linked to the much older Scott Disick, 37Credit: Instagram

However Lisa – who has been married to actor Harry since 1997 – said she knew her daughter was in “trouble” soon after spending time with her in The Big Apple.

The teenager struggled being so far away from home after her battle with anorexia last year and returned home shortly after her mom’s visit. 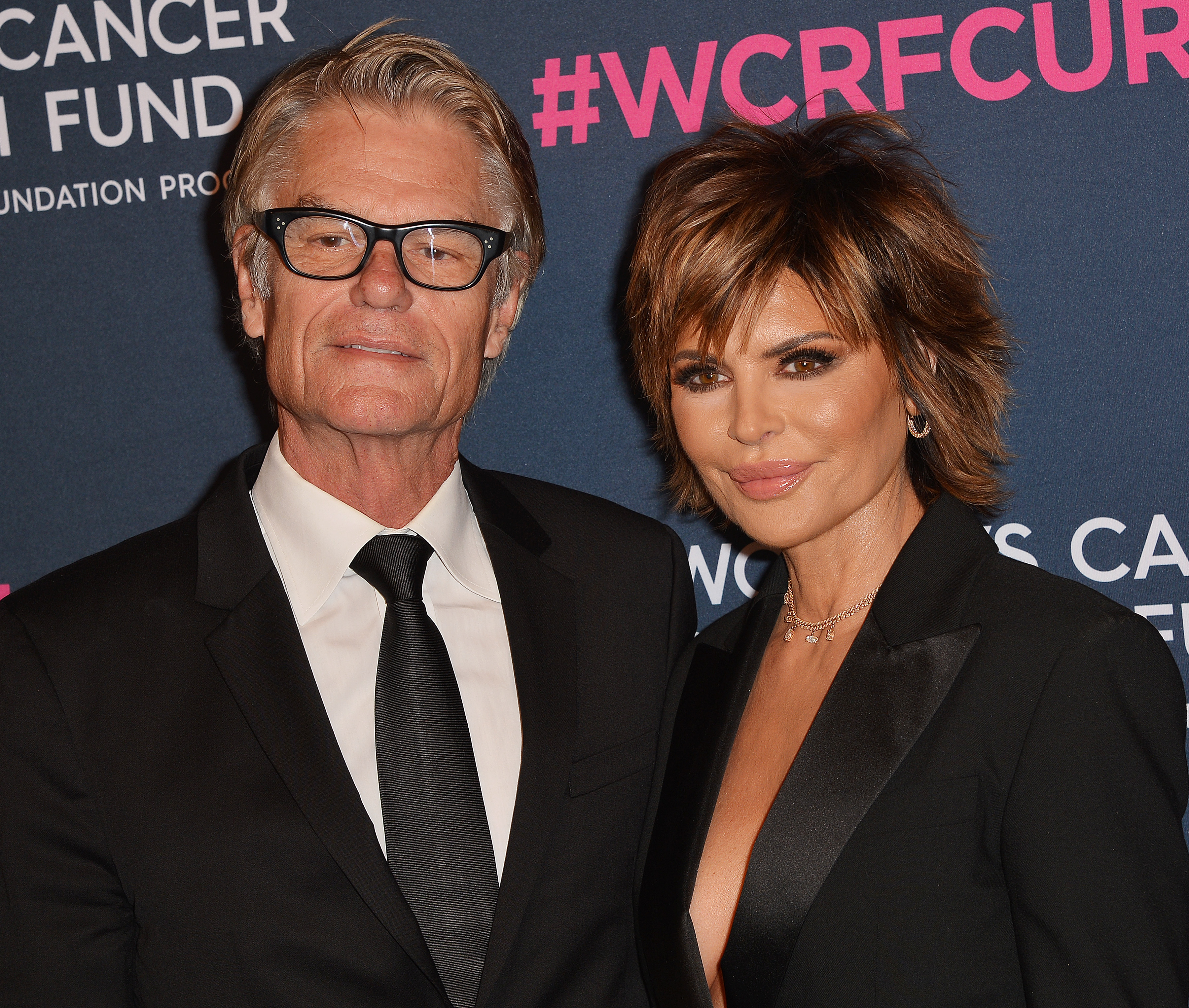 Lisa has been married to Harry Hamlin since 1997Credit: Splash News

Father of three Scott and Amelia first sparked rumors they were an item when they celebrated Halloween together.

They were seen arriving in the same car, with Scott dressed up as Ace Ventura and Amelia wore semi-sheer lingerie.

Last month, the new couple were spotted cuddling up to each other while enjoying a day at the beach in sunny LA.

Scott previously began a relationship with Kourtney Kardashian, 41, in 2006 before the pair officially called it quits in 2015.

After splitting from Kourtney, Scott had a three-year relationship with Sofia Richie, 22.

Scott was briefly admitted into a rehab center earlier this year for his ongoing battle with substance abuse.