Real Housewives of Beverly Hills’ Tom Girardi has spoken out against being put under a conservatorship amid his Alzheimer’s diagnosis while battling multiple lawsuits.

The estranged husband of Erika Jayne shared his feelings about his younger brother Robert Girdardi being his conservator for the first time during a virtual court hearing on Wednesday, according to Law360.

He continued: ‘Right now, I have nothing to say to the court.’

According to People, the judge ruled that Robert be appointed as the conservator of Tom’s ‘person and estate,’ leaving him responsible for deciding the appropriate care for Tom, as well as giving him control over his estate.

The judge also found that the once-famed attorney ‘consents and does not object’ to the conservatorship. 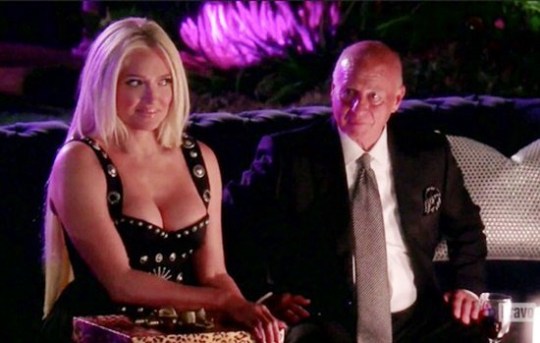 The pair’s legal and marital woes are playing out on Real Housewives of Beverly Hills (Picture: Bravo)

‘It’s obviously a heartbreaking situation for Robert, but we agree with the court’s rulings yesterday,’ Robert’s lawyer, Nicholas Van Brunt, said in a statement to People.

Earlier in their year, Tom’s lawyers claimed that he ‘has had issues’ with ‘mental competence’ before it was announced that he had been diagnosed with dementia and late-onset Alzheimer’s disease.

He underwent a mental assessment in February as part of Robert’s petition to become his permanent conservator, with temporary conservatorship being granted.

Tom and Erika tied the knot in a swanky ceremony in 2000, with the reality star making her debut on Real Housewives in 2015, joining in the sixth season.

Shortly after their divorce was announced, they were accused of embezzling money ‘to fund their lavish lifestyle.’

Tom’s license to practice law in California was revoked in March amid the legal battle, and he was diagnosed with Alzheimer’s disease the same month.

Erika has denied the claims she ’embezzled millions’ of dollars, some of which was meant to go to ‘widows and orphans who lost loved ones in the tragic crash of Lion Air Flight 610.’

The fallout from their marriage ending will play out on screens during yet another intense season of the hit series.

Real Housewives of Beverly Hills airs on Wednesdays on Bravo in the US, with new episodes dropping on Thursdays on HayU in the UK.