After the explosive, action-packed finale of season three, the upcoming season of Netflix‘s Ozark promises to be the most thrilling yet.

Reviewing season 3, NME said: “If you’ve never got around to watching Netflix thriller Ozark, this is the time. Not just because you need lots to watch while you’re stuck inside, but because it’s a show that benefits from being viewed with zero distraction.”

It continued: “Ozark draws a lot of comparisons with Breaking Bad – they’re both about ordinary schmos growing to love lawlessness – but it’s yet to hit the heights of that show. There’s still potential, though, and that’s a high bar to hit. Its storytelling has some finessing to do, but it has the characters to become a first rate classic. And Breaking Bad didn’t get really good until season four.”

After the knife-edge finale of season 3, Ozark season 4 is sure to explore the fall-out that came from Marty and Wendy’s actions. Here’s everything we know so far about the show’s upcoming release date, plot, characters and more.

Ozark season 4 release date: when will the show return?

After many coronavirus-induced delays, Ozark has finally set a release date for season four for the start of 2022, with Part 1 officially set to premiere on January 21, 2022.

When will production start on season 4?

Bateman revealed in an August interview with IndieWire that production started in November 2020, with safety measures in place against the virus.

“We’re going to start November 9,” he said. “Everything is moving well toward that, and we’re very confident in the guidelines and protocols we’re going to be following. We’ve got tons of consultants, [and] we’re learning a lot from other productions.”

In April 2020, Bateman told Collider that each season requires four months of writing and six months of production, adding: “I think the fastest we can turn around a full season, from starting the writes room to having Netflix push it out, is basically 12 months. There’s just no way to do it any quicker.”

How many episodes will there be in season 4?

Season 4 will feature 14 episodes, which will air in seven at a time – following the example of Mad Men and Breaking Bad which also released their final seasons in two parts.

Ozark season 4 trailer: is there a teaser yet?

Nope, but if you’ve not caught up on season 3 yet, the latest teaser might convince you to get cracking.

Netflix also shared a first-look at season four during its global livestream TUDUM event (September 25). Introducing a clip of new footage, Jason Bateman described the upcoming final season as “super-sized”. He added that the cast and crew were currently filming the last episodes, saying: “It’s coming to you in 2022, but here’s a clip to tide you over.”

In the footage, Bateman’s Marty and Laura Linney’s Wendy are seen washing blood out of their hair in a big mansion while a party takes place outside. The clip ends as they hear something in the room behind them and turn to find out what – or who – it is.

Ozark cast: who is returning for season 4?

The core Ozark cast members are likely return – the one’s who are still alive.

Speaking to Entertainment Weekly, showrunner Chris Mundy has revealed that one cast member, Ruth – played by Julia Garner – could take more of a central role in season 4.

Mundy said: “Well, if we’re lucky enough to get a season 4, I think it will be about whether or not Ruth really can create something of her own that she wants and is sustainable, or if she wants something else.”

Mundy also revealed that the Byrdes won’t be going anywhere. “I think it will be about if the Byrdes can turn the biggest mistake of their lives into this huge advantage,” he said. “How much will karma catch up with them if they do?”

On February 25, it was announced that Oscar nominee Bruce Davison had been cast in a recurring role on the fourth and final season.

Davison, known for his roles in X-Men and Longtime Companion, will play Randall Schafer, a powerful retired Illinois U.S. Senator who is accustomed to doing things his way. He is not always easy to win over, but for the right price he might be swayed.

We know some who definitely aren’t returning as (spoiler alert) a bunch of characters met their demise during season 3. The most notable character deaths were Helen Pierce (Janet McTeer) and Ben Davis (Tom Pelphrey). Marty and Wendy’s therapist Sue (Marylouise Burke) also met an untimely end. All the characters met their end at the hands of cartel hitman Nelson (Nelson Bonilla).

Ozark production team: who is returning for season 4?

Speaking to Entertainment Weekly, Chris Mundy revealed that the explosive finale season will see some continuing consequences for the show’s major players – in particular, Marty and Wendy.

When asked to explain what cartel boss Navarro’s “today is a beginning” line means for Wendy and Marty’s future, Mundy said: “Marty kind of said it in the speech that he gives to try and get Wendy out of bed, which is that we have to burrow all the way into the centre of this thing.

“To us, it’s that. It’s, you’re a vital part of this enterprise now and you’re completely on his radar, to the point where he’s [mixing] his or someone else’s blood with yours, you’re sharing in that. And so, for better or worse, you’re completely in this game, and now it’s yours to see if you have another play left in you.”

A number of theories have also emerged as to where the plot for season 4 will go, particularly focusing around the idea that Ben Davis is still alive, owing to the fact that you never actually get confirmation that it’s his body being burned in the third season. 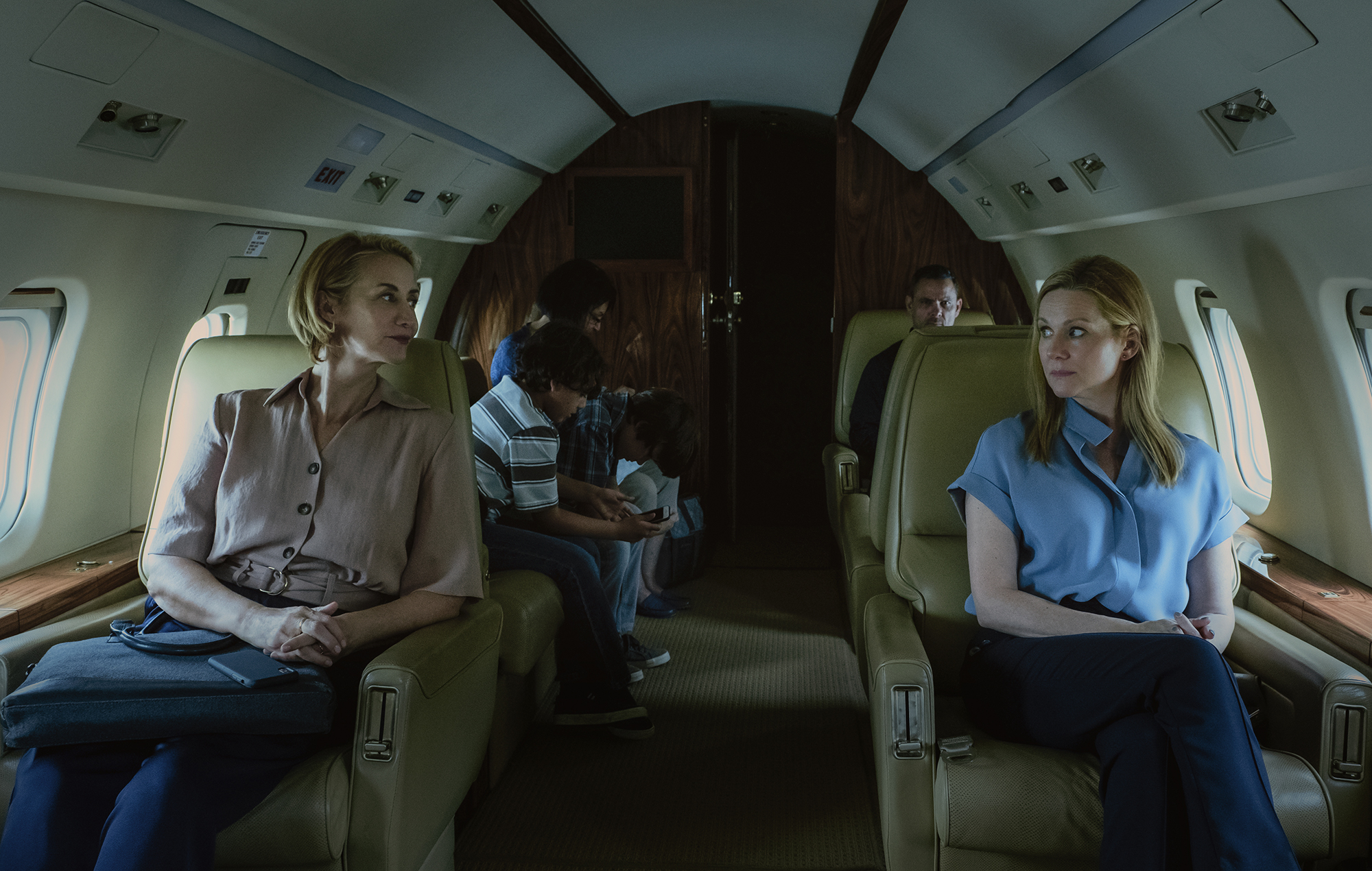 Jason Bateman has teased the ending of the final episode. “I do know where everything is going to end,” the actor told IndieWire. “The specifics leading up to it, I didn’t really grind [Chris Mundy] on.

“But I was interested in the big question he has the opportunity to answer: Are they going to get away with it, or are they going to pay a bill? What does he want to message to the audience about the consequences of what the Byrdes have done — or lack thereof?

He added: “We had some great conversations about that, and he’s got really good ideas about that. Specifically, what kind of happens at the end of the last episode: I know, and it’s great.”