Life goes on for the Duke of Hastings. Regé-Jean Page stepped out in North Hollywood, California, after he announced he wouldn’t be returning for season 2 of Bridgerton.

The 31-year-old actor kept it casual in black pants and a tight white T-shirt on Friday, April 2, as he made his way to a car with a suitcase in hand. Shortly before the sighting, which was captured by the Daily Mail, Page trended on social media when Netflix confirmed he wouldn’t be featured on season 2 of the beloved series. 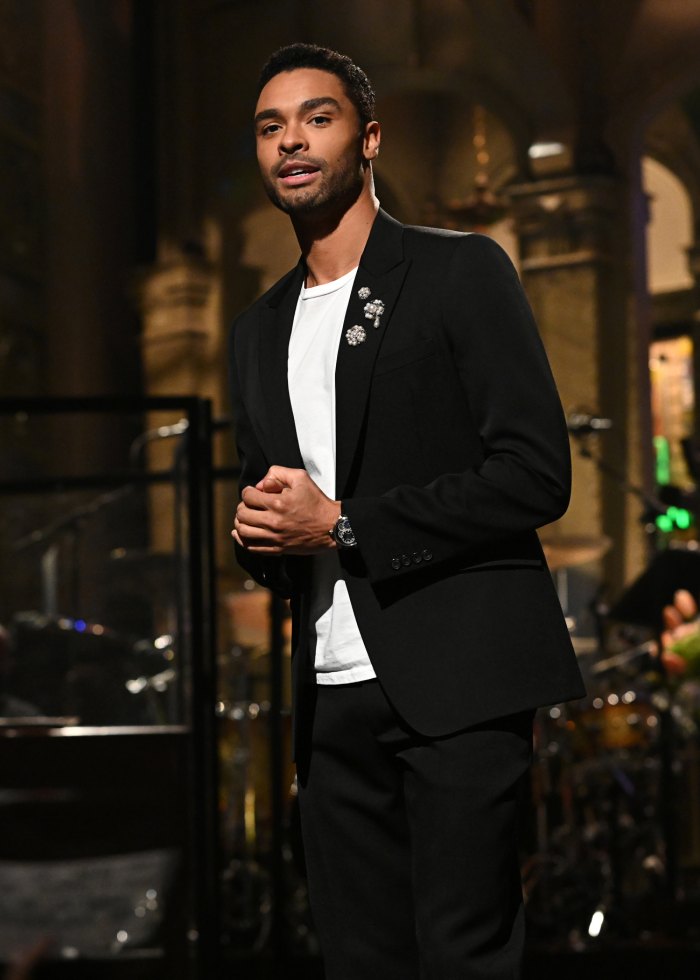 “Dear Readers, while all eyes turn to Lord Anthony Bridgerton’s quest to find a Viscountess, we bid adieu to Regé-Jean Page, who so triumphantly played the Duke of Hastings,” the streaming service wrote in a statement in the voice of Bridgerton’s anonymous narrator, Lady Whistledown. “We’ll miss Simon’s presence onscreen, but he will always be a part of the Bridgerton family. Daphne [Phoebe Dynevor] will remain a devoted wife and sister, helping her brother navigate the upcoming social season and what it has to offer – more intrigue and romance than my readers may be able to bear. Yours truly, Lady Whistledown.”

Page later told Variety that he never planned to return for season 2.

“It’s a one-season arc. It’s going to have a beginning, middle, end – give us a year,” he said on Friday, noting that Shondaland producers pitched him the series as a one-season gig. “[I thought] ‘That’s interesting,’ because then it felt like a limited series. I get to come in, I get to contribute my bit, and then the Bridgerton family rolls on.”

Netflix picked up Bridgerton for season 2 in January, one month after the show started streaming and quickly became one of the most popular series of all time. The sophomore season will focus on Anthony Bridgerton (Jonathan Bailey).

“The ride of a life time,” Page wrote on Friday via Instagram. “It’s been an absolute pleasure and a privilege to be your Duke. Joining this family – not just on screen, but off screen too. Our incredibly creative and generous cast, crew, outstanding fans – it’s all been beyond anything I could have imagined. The love is real and will just keep growing ❤️❤️❤️💫.”

The cast of Bridgerton is set to reunite (virtually) at the 2021 SAG Awards on Sunday, April 4. In addition to their nomination for ensemble drama cast, Page is up for Outstanding Performance by a Male Actor in a Drama Series.