Production on Real Housewives of Beverly Hills has been halted after three members of the cast tested positive for Covid-19, it has been claimed.

Garcelle Beauvais confirmed that she has contracted coronavirus, with reports claiming that Erika Jayne Girardi and Lisa Rinna have also been diagnosed.

Taking to Instagram, the Coming to America actress, 55, confirmed the news in a video shared with fans.

‘I found out that I tested positive for Covid. I feel okay, I’m sure I will continue to feel okay,’ she said. ‘My boys are being tested, so far they’ve tested negative. We’re going to continue testing them.

‘Send movie or TV recommendations because I will be quarantining for the next few days – not few, probably 10. This stuff is crazy, be careful out there, be safe.

‘Who knows, I may show up on Girl Chat via Zoom on the Real. I’m going to miss the girls. Take care you guys, be safe!’

‘A Monday morning update for you all,’ Garcelle captioned the video. ‘Thankful to be vaccinated and to not be showing symptoms. Please comment below with alllll the TV & movie recommendations for the next 10 days. I love you all!! [sic].’

An insider also told People Magazine that measures have been taken during RHOBH filming to keep all the cast members safe.

‘The girls who are sick are trying to take care of themselves. The other cast members are nervous now that they might have it,’ they said. ‘Production is taking every precaution to keep people safe.

‘All of the ladies are vaccinated. They’re fine and will be fine because of it.’ 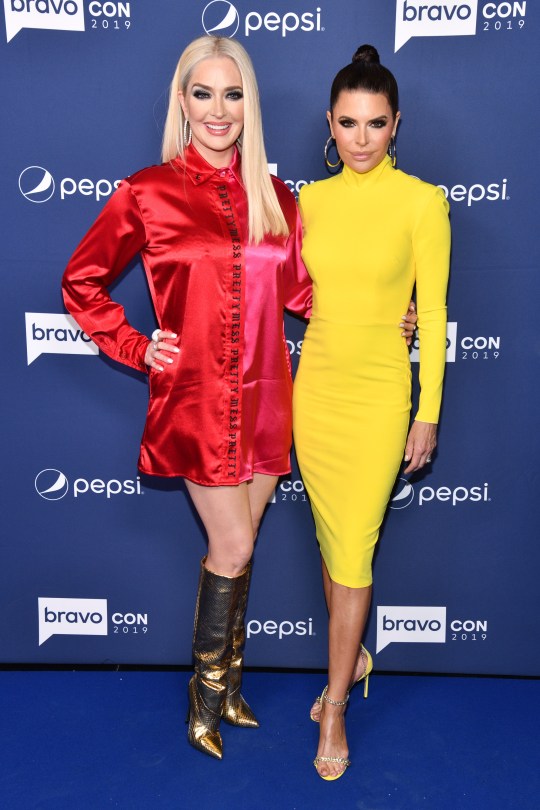 It has not been confirmed whether Kathy Hilton, who was a huge fan favorite in the last series, will be returning to the fold.

There is plenty of drama playing out in front of the cameras, with Erika’s divorce from Tom Girardi and the fall-out from their legal issues thought to be taking centre stage.

As well as this, Dorit was targeted by burglars recently and robbed at gunpoint while her children were in the house, with her husband, Paul ‘PK’ Kemsley arrested for a DUI last month.

Lisa has also faced tragedy after her beloved mum Lois died after suffering a stroke.

While Kyle is returning to the show after appearing on the holiday spin-off, Real Housewives Ultimate Girls Trip.

Metro.co.uk has contacted reps for Bravo, Lisa and Erika for a comment.