A rare master-tape of a documentary which told the story of the Sex Pistols‘ rise to notoriety in the 1970s is expected to reach up to £10,000 at auction.

The digital Betacam tape contains footage of Julien Temple’s The Filth & The Fury: A Sex Pistols Film, which was released in 2000.

While the film is readily accessible on DVD, Hansons Auctioneers say that the 12 minute master-tape is a “one-off” and features videos made for ‘God Save The Queen’, ‘Pretty Vacant’ and ‘Holidays In The Sun’, interspersed with interviews with the band and management.

Claire Howell, music memorabilia consultant at Hansons, said: “This is an exceptionally rare
piece of musical history celebrating an iconic group who smashed their way to fame in the
mid-70s and broke the mould when it came to music, fashion, style and attitude. 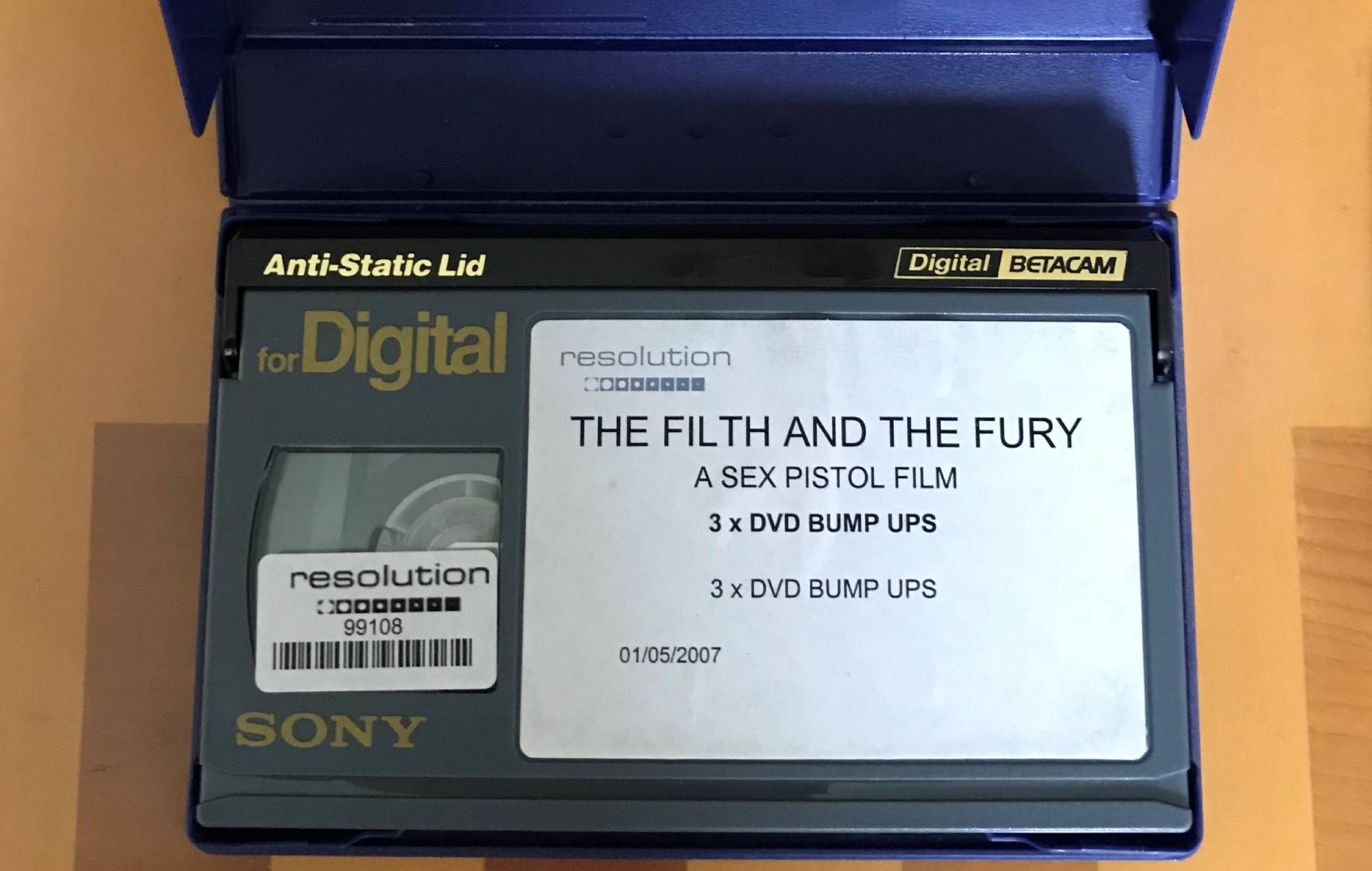 The tape is set to go under the hammer (Picture: Hansons Auctions)

“The vendor firmly believes it is a one-off master tape as it came directly from the
production company, Resolution Studios. The ‘rockumentary’ was made in 2000 but it was
actually released on DVD on September 24, 2007 which is why the tape coming up for
auction is dated 2007.

“It deserves to do well and, for any punk who loved the Sex Pistols, it will be a fascinating
watch.”

Howell explained that the tape is being sold by a private memorabilia collector who previously discovered it at an auction in Retford, Nottinghamshire.

Meanwhile, the iconic band’s story is soon set to be immortalised on the small screen in Danny Boyle’s new biopic series about their legendary career.