RAPPER KTS Dre was reportedly a member of the Gangster Disciples and performed under the name Kutthroat Dreko, it was revealed, as an onlooker speaks out about the moment he was shot 64 times.

The Chicago music star, whose real name was Londre Sylvester, was gunned down as he walked free from Cook County Jail on Saturday night. 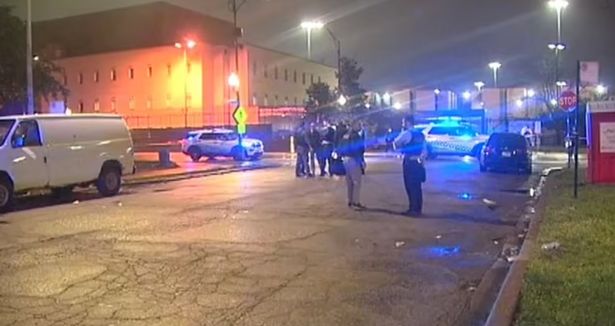 He had just been released from Cook County Jail when he was gunned downCredit: Abc 7 Chicago

The 31-year-old’s fiancée had posted his $5,000 bail on Friday and he was reportedly waiting with a 60-year-old woman for a car when he was ambushed.

Police have identified KTS Dre as a member of the Lakeside faction of the Gangster Disciple, one of the most notorious street gangs in America, the Chicago Sun-Times reports.

Mugshots of the rapper showed he had the words “Kill to Survive” tattooed on his neck alongside a target.

Alleged leaders of the violent gang were indicted on federal racketeering charges earlier this year.

According to court documents, the Gangster Disciples have a decades-long history of lawlessness and a presence throughout the US, including in state and federal prisons.

The gang employs a structured hierarchy, with leadership positions such as national “Board Members” and state “Governors.”

“The long list of violent crimes alleged in this indictment – including two murders and multiple violent assaults – make plain the threat to our communities posed by criminal organizations like the Gangster Disciples,” Nicholas L. McQuaid, Acting Assistant Attorney General of the Justice Department’s Criminal Division, said as suspected leaders were indicted in January.

“These charges target national and state leaders of one of the most notorious street gangs in America,” added Steven D. Weinhoeft, U.S. Attorney for the Southern District of Illinois.

🔵 Read our KTS Dre killing blog for the latest updates

“The lawlessness these gangs bring to our cities is terribly destructive and oftentimes difficult to prosecute,” he continued.

“The violence perpetrated by the Gangster Disciples in this district and nationwide has long been a particular focus of our top law enforcement agencies.”

According to Chicago police, two cars pulled up to KTS Dre as he waited outside of Cook County Jail at around 8.50pm on Saturday.

He was shot at 64 times and received fatal injuries to his head and chest, police said.

The drill rapper was rushed to Mount Sinai Hospital where he was pronounced dead.

The older woman was shot in the knee in the attack and taken to Stroger Hospital with minor injuries but is in a good condition.

A 35-year-old woman passing by was also grazed on the face by a bullet but is also in a good condition, cops added.

A woman who was visiting the Cook County Jail on Saturday night has described the terrifying moment that gun fire erupted.

She has been talking to a friend at the entrance when she said she heard a noise she thought was fireworks.

“We were talking from car to car, and I looked at her and said, ‘Those sounded really close’,” she told the Sun-Times.

“Moments later, I heard two pops in front of the visiting area, then more in a cadence that couldn’t be anything but gunshots.

“When the shooting stopped, a Cook Country [sheriff’s officer] said to me, ‘Young lady, I think you better move your car,’ and at first I laughed it off because I didn’t believe him, but he was serious and told me those were gunshots.

“I can’t stop thinking to myself that had I not stopped to talk to my friend, I could have been in that area when they were shooting,” she added.

“I was supposed to be over there.”

KTS Dre had been on house arrest since December but was jailed in June for violating his bail conditions for a 2020 gun charge.

It stemmed from an incident in April 2020 when cops found the rapper in possession of a gun even though he was on parole for a 2015 gun conviction. 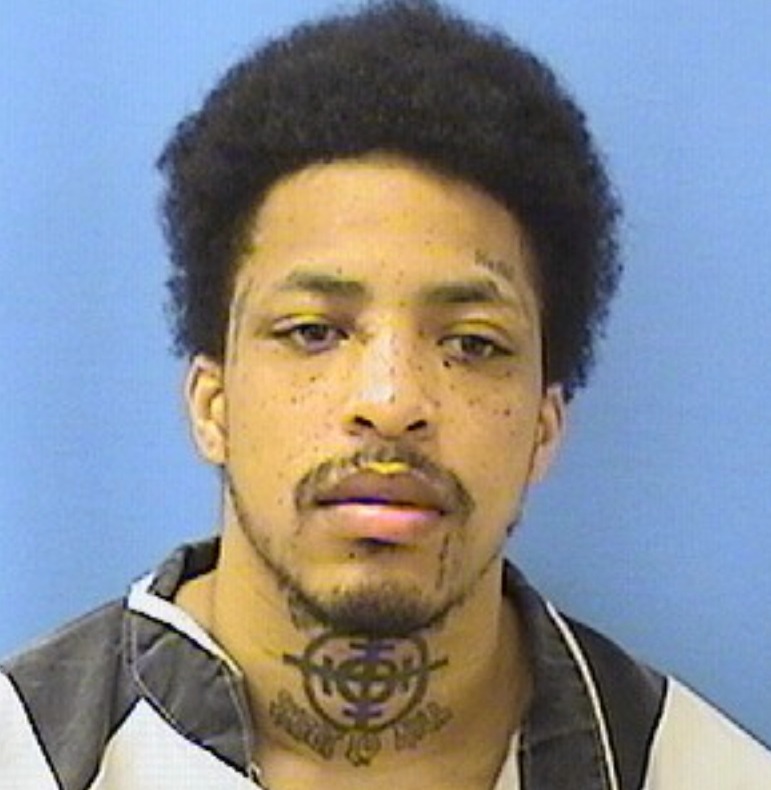 The musician had just been released again on Saturday after the bail violation.

It is not clear why the rapper did not leave jail for 24 hours after his bail was secured by his fiancee.

It is also not clear how the time of his release was known.

Rapper KTS DRE dies after being shot while leaving jail