DMX is in the hospital after suffering a drug overdose on Friday, April 2, according to TMZ.

The rapper, 50, whose real name is Earl Simmons, was at his New York home when he overdosed. This triggered a heart attack. The Grammy nominee is now in the critical care unit of a hospital in White Plains, New York.

Missy Elliott, Gabrielle Union and more celebrities shared their support for the New York native on Saturday, April 3. “Prayers for DMX and his family,” the singer, 49, tweeted, while the former American’s Got Talent judge, 48, wrote, “Please pray, send healing energy, whatever positive vibes you can for #DMX.”

The E.A.R.L.: The Autobiography of DMX author has previously struggled with drug abuse, saying that he was tricked into smoking crack by a mentor at age 14.

“I hit the blunt and … I was no longer focused,” the songwriter told Talib Kweli during a “People’s Party” podcast episode in November 2020. “I later found out that he laced the blunt with crack. Why would you do that to a child? He knew I looked up to him.”

The “Party Up (Up in Here)” rapper is the father of 15 children, saying in 2011 that he beat his cocaine addiction for their sakes. “I have to drive them in the right direction, so I let the cocaine go,” he said at the time.

Simmons has been arrested multiple times over the years, most recently being charged in 2017 with 14 federal counts of tax fraud. He pleaded guilty to a single count. The DMX: Soul of a Man alum was originally free pending sentencing but was remanded to jail in January 2018 after leaving a drug treatment program ordered by the court and relapsing with cocaine and Oxycodone. In March of the same year, he was sentenced to one year in prison followed by three years of supervised release. 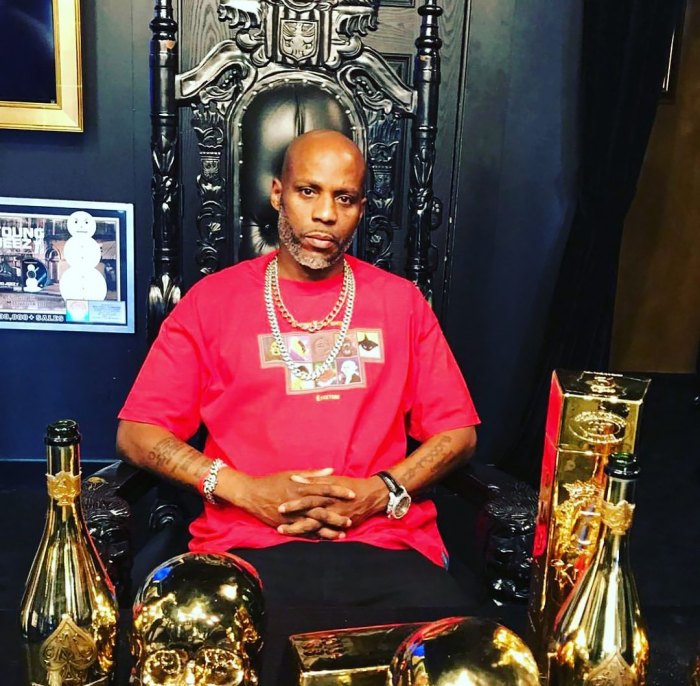 DMX was released from prison in January 2019 and was ordered to pay pay $2.3 million in restitution to the government and enroll in an outpatient program for substance abuse and mental health.

“I spoke to him; he’s very happy,” his lawyer Murray Richman told Vulture at the time. “He’s looking forward to being home. He’s never been hotter than now — people have been seeking him out all over.”

In October 2019, the American Music Award winner checked himself into rehab and canceled his concerts. “He apologizes for his cancelled shows and thanks his fans for their continued support,” his team told his fans in a statement at the time, noting that Simmons was “putting family and sobriety first.”