Rachael Kirkconnell is urging Bachelor Nation to stop directing hate at Matt James after their messy split played out on the season 25 finale of The Bachelor.

“I am taken aback by what I’ve seen tonight. If you think that attacking a person I care about with racist insults is what I would ever want, you haven’t been listening,” the 24-year-old Georgia native wrote via Instagram Stories on Wednesday, March 17. “Some of the things I’ve seen being said to and about Matt are repulsive. I respect the decisions that Matt has had to make during this experience. If you are directing hate towards him, please stop. Recognize someone’s humanity and think about the impact your words have.” 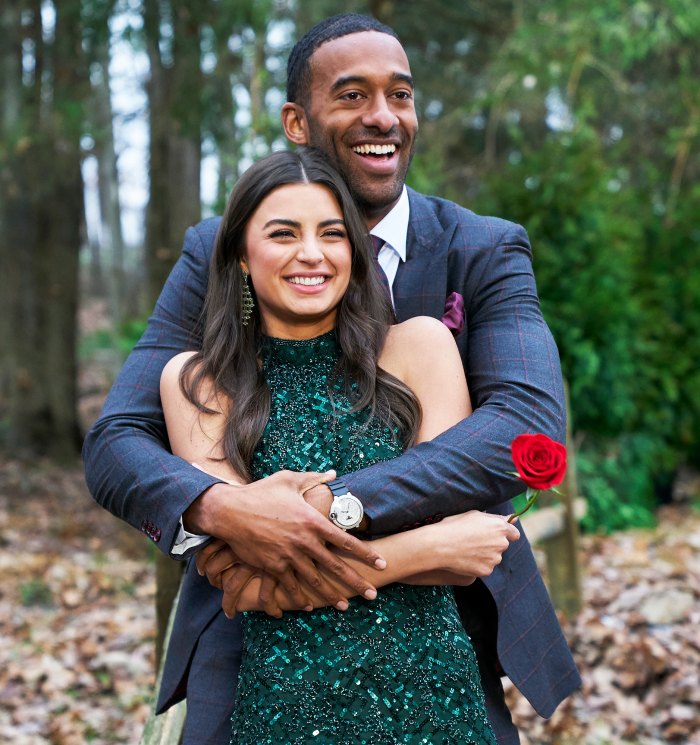 After viewers watched James, 29, pick Kirkconnell over Michelle Young during the Monday, March 15, finale, fans learned during After the Final Rose that the couple had called it quits in February while the show was airing. The former football player told host Emmanuel Acho that he pulled the plug on their romance after Kirkconnell came under fire for her past racially insensitive actions, including attending an “Old South”-themed party on a plantation in 2018.

“As someone who grew up in the South, it takes me to a place that I don’t often like to think about. I wasn’t OK. It was in that moment and the conversation that I had, that Rachael might not understand what it means to be Black in America,” James said. “It’s heartbreaking. If you don’t understand that something like that is problematic in 2018, there’s a lot of me that you won’t understand. It’s as simple as that. … You know what was a long time ago? Plantations.”

Kirkconnell, for her part, apologized twice via Instagram before After the Final Rose. She called the Wake Forest alum the “love of my life” during her chat with Acho, who replaced Chris Harrison after the longtime host received backlash for his defense of Kirkconnell last month.

After Monday’s three-hour finale, the graphic designer took to Instagram to reflect. She has since turned off the comments section of her lengthy post.

“Of course i wish circumstances were different, but i still feel blessed for the time we did have together and the memories we made,” she wrote in part. “I got to fall in love, and i truly believe he was the love of my life. he will always hold a piece of my heart. i’ll always be hopeful and believe what’s meant to be will be.”

James, meanwhile, took to Twitter and joked about looking for a therapist. He also appeared on Good Morning America on Tuesday, March 16.

“I know that Rachael’s a good person and everything she outlined in her apology and her statement, I’m looking forward to seeing her do because I know she’s capable of it,” he said before ruling out a reconciliation. “I think there’s a lot of work that needs to be done before I can think about being in a relationship with anybody. I need time to process everything that’s going on. I want to respect Rachael and what she’s gotta do as well.”