Honoring her late husband. In the first look at her annual Christmas speech, Queen Elizabeth II pays tribute to Prince Philip, who died in April at 99.

In a first look photo of the speech, released on Thursday, December 23, the queen, 95, is sitting at her desk in the White Drawing Room at Windsor Castle. She’s wearing a sapphire chrysanthemum brooch, the same one that she wore for a photocall on her honeymoon with Philip in 1947. She wore the same brooch again to celebrate the couple’s 70th wedding anniversary in 2007 — as shown in the photo placed next to her on the desk. 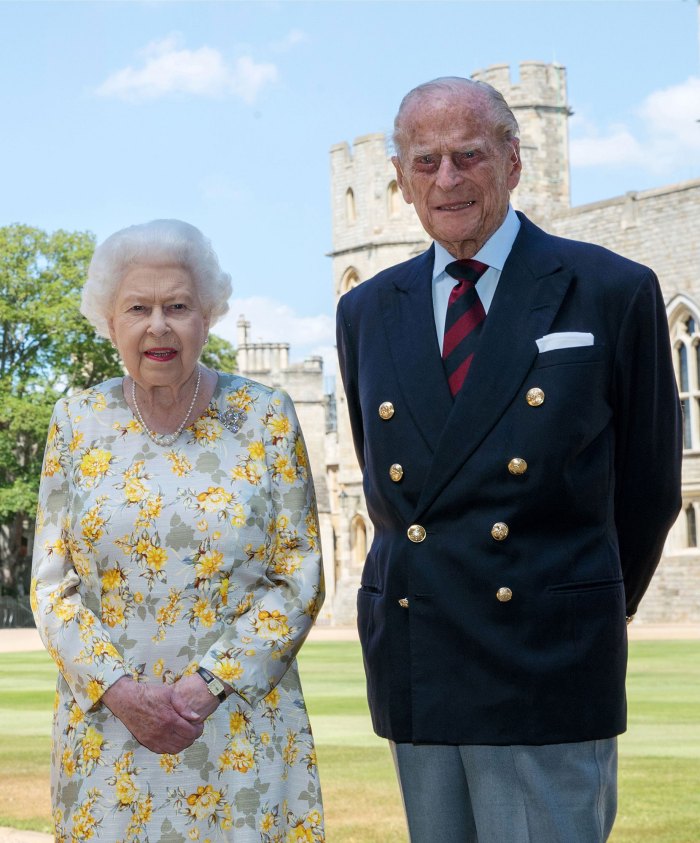 For years, the royal family have celebrated Christmas at Sandringham in Norfolk but have since changed their plans amid the rising levels of the Omicron variant of COVID-19. For the second year in the row, the queen will instead remain at Windsor.

It’s been a tough year for Her Majesty, who has also dealt with many ups and downs with her health. She canceled a number of public appearances in October after being briefly hospitalized. She returned to work right away, but still canceled her appearance at the annual Remembrance Day celebration the following month after spraining her back.

The queen has spoken out multiple times since Philip’s passing, including on her birthday, which came days weeks after his death.

“I have, on the occasion of my 95th birthday today, received many messages of good wishes, which I very much appreciate,” she shared in a statement at the time. “While as a family we are in a period of great sadness, it has been a comfort to us all to see and to hear the tributes paid to my husband, from those within the United Kingdom, the Commonwealth and around the world.”

The former navy officer, however, would have wanted his wife to continue with her plans, an insider told Us Weekly exclusively at the time.

“Her emotions are very raw right now, but the queen knows Philip would hate it if she sat around moping for the rest of her years,” the source noted. “He would have wanted her to look after herself first and foremost instead and she intends to do her best.”