Still her little boy! Queen Elizabeth II took a trip down memory lane when she paid tribute to Prince Charles on his 72nd birthday.

The queen, 94, shared a black-and-white photo via Instagram on Saturday, November 14, which featured herself holding the Prince of Wales when he was an infant. She also posted a recent picture of the duo smiling at each other while they attended the 2016 Braemar Gathering, an annual sporting event, in Scotland.

“Wishing The Prince of Wales a very happy birthday today!” she captioned the post.

Charles’ son Prince William and his daughter-in-law Duchess Kate also wished him a happy birthday from their Instagram account. “Wishing a very Happy Birthday to His Royal Highness The Prince of Wales! ?” the Duke and Duchess of Cambridge, both 38, captioned a photo of Charles smiling.

Charles responded to the tributes via the Clarence House Instagram page, which posted a photo of him wearing a green tartan Scottish kilt. “Thank you for all the well wishes on The Prince of Wales’s 72nd Birthday!” the post read. 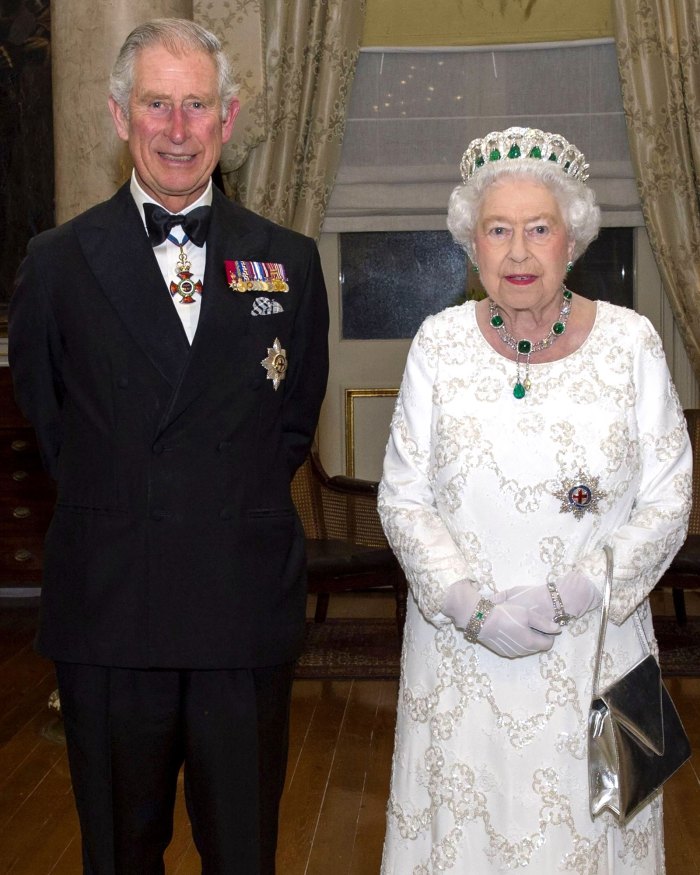 Charles celebrated his birthday earlier this week when he served as a guest editor for Country Life magazine. The prince penned an op-ed encouraging people to remain positive in the face of the coronavirus pandemic.

“The country, and the world, have experienced changes we could never have foreseen,” he wrote. “Uncertainty has become a steady state; the previously unimaginable has become unexceptional; the extraordinary has become normal. At such a time, it is tempting, and understandable, to focus on the losses, the failures and the challenges. However, if the life of the land teaches anything, it is the need to look at the long term.”

The royal added, “Like the threatened red squirrels collecting their hazelnuts or jays their seeds and acorns, we must be wise and far-sighted. We have a very short window of opportunity, which must not be squandered, in which to seize something good from this crisis and, as we rebuild, to put nature, our planet and our children and grandchildren first.”

Charles tested positive for coronavirus in March after “displaying mild symptoms.” He told Sky News in June that he was “lucky” his diagnosis wasn’t more severe.

“I’ve had it and can still understand what other people are going through,” he said at the time. “I feel particularly for those, for instance, who’ve lost their loved ones but were unable to be with them at the time. That’s, to me, the most ghastly thing. But in order to prevent this from happening to so many more people, this is why I’m determined to find a way out of this.”