Royal rebuttal? Queen Elizabeth II and Prince Charles are not on the same page on how to deal with Prince Harry and Meghan Markle’s explosive interview claims, a source exclusively tells Us Weekly.

“Charles and the Queen had very different plans for how to respond,” the insider says. “Charles wanted to rebuke every claim made by Meghan and Harry and the Queen wanted to take a more modest approach.”

The insider notes that the Prince of Wales, 72, “especially wanted to make a statement against the allegation that someone in the royal family was worried about how dark Archie’s skin would be” but he was “overruled by other members of the family.”

The royal family came under fire after Harry, 36, and Meghan, 39, made allegations about their treatment by the firm while living in the U.K. during their CBS tell-all interview on Sunday, March 7. 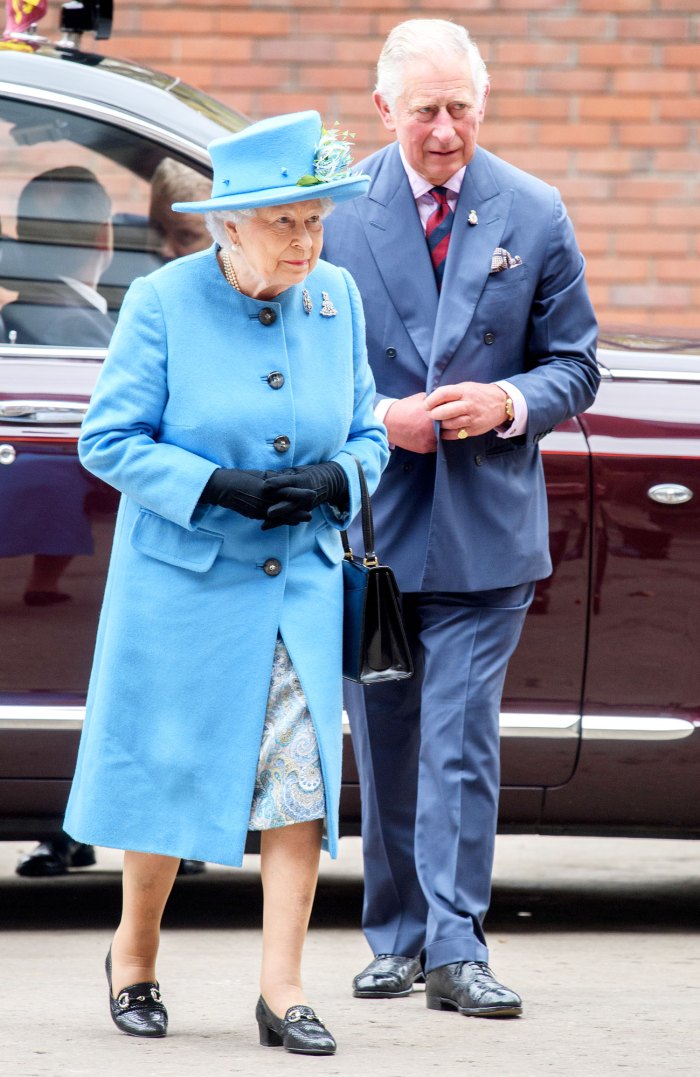 The former Suits star claimed the couple wasn’t “supported” by the institution against the U.K. tabloids and when she tried to seek help for suicidal thoughts. “They said, ‘My heart goes out to you, but there’s nothing we can do to protect you because you’re not a paid employee of the institution,’” she claimed the palace’s HR team told her after she reached out.

The California native, who is pregnant with her second child, also brought up an alleged conversation that happened between her husband and members of the family regarding their 22-month-old son, Archie, and how dark his skin would be ahead of his birth.

Harry confirmed that the racially insensitive conversation took place, but wouldn’t name which family member brought it up, saying, “I’m not comfortable sharing that.” The former military pilot, did, however, narrow down the person’s identity by saying off camera that it wasn’t his grandmother, 94, or her husband, Prince Philip.

Buckingham Palace reacted to the interview on Tuesday, March 9, saying in a statement to Us Weekly, “The whole family is saddened to learn the full extent of how challenging the last few years have been for Harry and Meghan.” The statement stressed that the issues raised by the couple, especially that of race are “concerning” and will be “addressed by the family privately.”

While visiting a COVID-19 vaccine site in London on Tuesday, Charles was asked about his thoughts on the interview. “He chuckled and carried on walking,” Daily Express royal correspondent Richard Palmer, who attended the visit, tweeted about his reaction.

During the Sunday sit-down, Harry admitted he feels “really let down” by his father, revealing Charles “stopped taking my calls” after the Duke and Duchess of Sussex announced in January 2020 that they were stepping back as senior members of the royal family. The prince also said he was “cut off” financially and the pair have been living off the inheritance he received from his late mother, Princess Diana.

He later confirmed that they have since started speaking again, noting, “I will always love him, but there’s a lot of hurt that’s happened.”

A source exclusively told Us on Thursday, March 11, that Charles “does not agree with Harry trashing his whole family in public.”  The insider added that he thought these matters could have “easily been addressed in private.”

Harry’s brother, Prince William, for his part, told a Sky News reporter on Thursday, “We’re very much not a racist family” when asked about the tell-all claims.

A source told Us that both William, 38, and his wife, Duchess Kate, “were in total shock” after hearing what the duo said. The insider added: “William and Kate knew about some of their troubles with palace aides, but nothing to this extent.”