Carey, 35, heaped praise on the director while accepting her award via a video call, telling viewers: ‘This opportunity was really the chance of a lifetime and I’m so grateful to her.’

Emerald, also 35, celebrated: ‘It just seems completely extraordinary that this script that was in my head for years and years listening to Paris Hilton and Britney Spears until everything was a pink, sparkly blur, for it to have come all of the way to Hollywood and to be awarded this unbelievable honour is truly extraordinary.’ 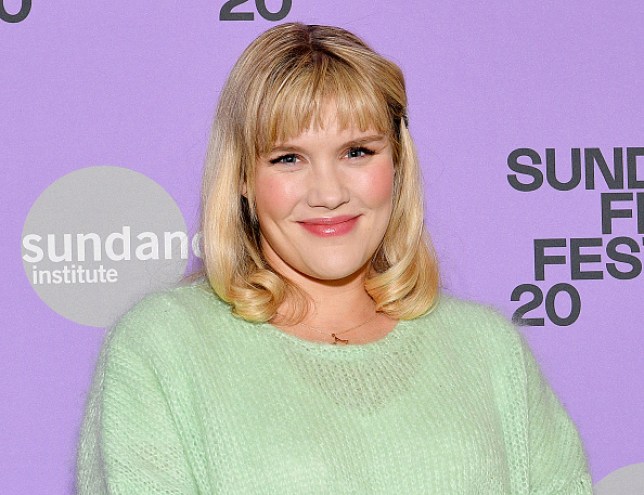 Promising Young Woman follows Cassie (Carey), who goes to nightclubs and pretends to be drunk to try and get a guy to take her home – only for her to then turn the tables on them when they try to take advantage of her.

She does this in a bid to get revenge for her best friend, Nina, after she was raped in high school and failed by those who should be looking out for her.

Promising Young Woman wasn’t the only big winner on the night, with Nomadland, Sound of Metal, Da 5 Bloods, The Invisible Man, Birds of Prey, and Minari also honoured during the virtual ceremony on Friday.

Zack Snynder took home the valiant award, with the impact gong going to the team behind Judas And The Black Messiah.

Sharing a statement on the bash, HCA Founder Scott Menzel said: ‘While 2020 was a year of much difficulty for many around the world, we are forever grateful to the filmmakers, storytellers, and studios who went above and beyond to find new ways to release their films to audiences.

‘The films that the members of the Hollywood Critics Association nominated were amongst some of the most diverse and inclusive stories that we’ve seen on-screen in quite some time.

‘Our mission has always been to highlight all voices and I believe it is reflective in our winners tonight. Congrats to all.’