No one fights like siblings. Prince William revealed that Prince George and Princess Charlotte have some trouble when it comes to their morning routine, and they used to argue daily.

“Most mornings there’s a massive fight between Charlotte and George as to what song is played in the morning,” the Duke of Cambridge, 39, shared on the “Time to Walk” season 2 finale, which debuts on Monday, December 6, for Apple Watch for Fitness+ subscribers and on Apple Music 1. “And I have to, now, basically prioritize that one day someone does this one, and another day it’s someone else’s turn. So George gets his go, then Charlotte gets her go. Such is the, the clamor for the music.”

The father of three — he shares George, 8, Charlotte, 6 and Prince Louis, 3, with wife Duchess Kate — revealed that while his mother blasted hits like Tina Turner‘s “Simply the Best,” his kids prefer more recent pop hits like Shakira‘s “Waka Waka,” according to Town & Country. 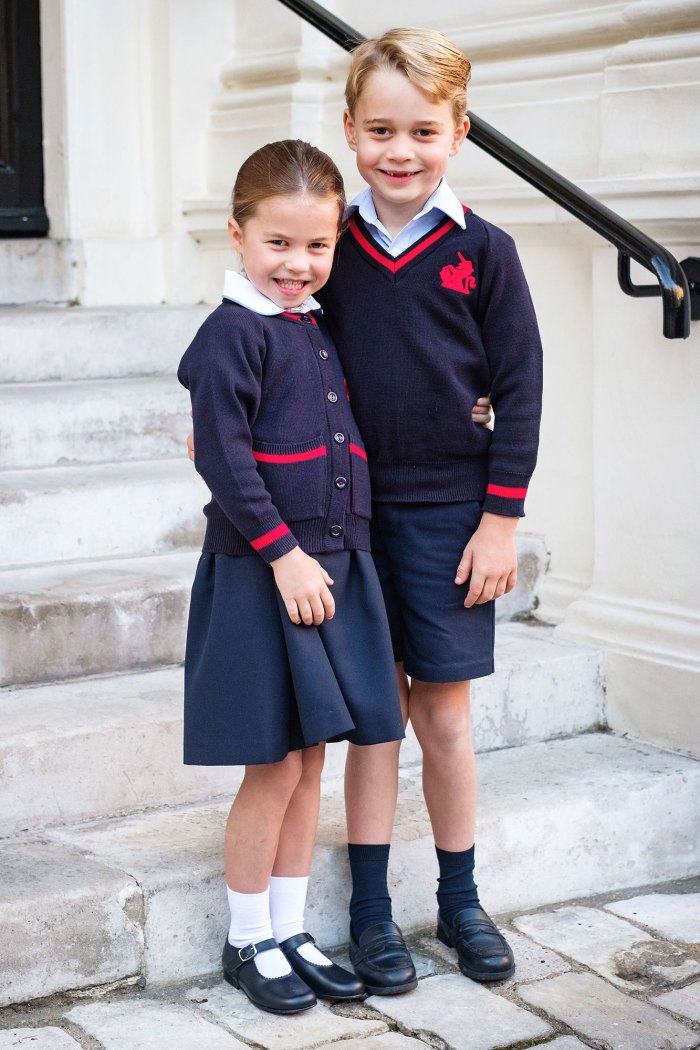 “There’s a lot of hip movements going along. There’s a lot of dressing up,” William explained. “Charlotte, particularly, is running around the kitchen in her dresses and ballet stuff and everything. She goes completely crazy with Louis following her around trying to do the same thing. It’s a really happy moment where the children just enjoy dancing, messing around, and, and singing.”

In addition to Turner and Shakira’s hits, the Royal Air Force veteran also included a personal favorite, AC/DC‘s “Thunderstruck.” The royal said it helps him start his Monday mornings off right.

“There’s nothing better, when you’re a bit bleary-eyed after the weekend and trying to get yourself back into the grind of the week, than listening to Thunderstruck,” he said via the Daily Mail. “It absolutely wakes you up, puts your week in the best mood possible, and you feel like you can take on anything and anyone. … It’s a difficult song not to dance to or to nod along to.”

While William shares plenty of personal anecdotes in the 38-minute episode, which he recorded while on his own walk, the topic he was truly there to talk about was mental health, a cause he has been supporting for years.

“Walking has been a feature of my life during the good times and the bad, come rain or shine. For me, it provides an opportunity to clear my mind and gain some perspective,” the England native shared via Instagram on Friday, December 3. “It’s a key part of how I manage my mental health. It can be a very sociable exercise or a moment of complete calm and isolation.”

He added that he was recording his “Time to Walk” episode “in the hope of inspiring a few other people to get active and take some extra time for their own mental health.”

He added that Apple is making donations to three mental health charities that he selected: Crisis Text Line in the U.S., Shout 85258 in the U.K., and Lifeline in Australia.