The picture of happiness! Prince William and Duchess Kate celebrated one decade of marriage with a brand-new portrait that perfectly captured their wedded bliss.

“10 years 👰‍♀️🤵‍♂️,” a post on the Kensington Royal Instagram account read on Wednesday, April 28, one day before the pair’s major relationship milestone. The snap showed the royal couple sitting side-by-side, with the Duke of Cambridge, 38, gently resting his hand on his wife’s thigh. Kate, 39, wove her fingers between William’s as she looked off into the distance with an easy smile. Her husband gazed lovingly into her eyes. 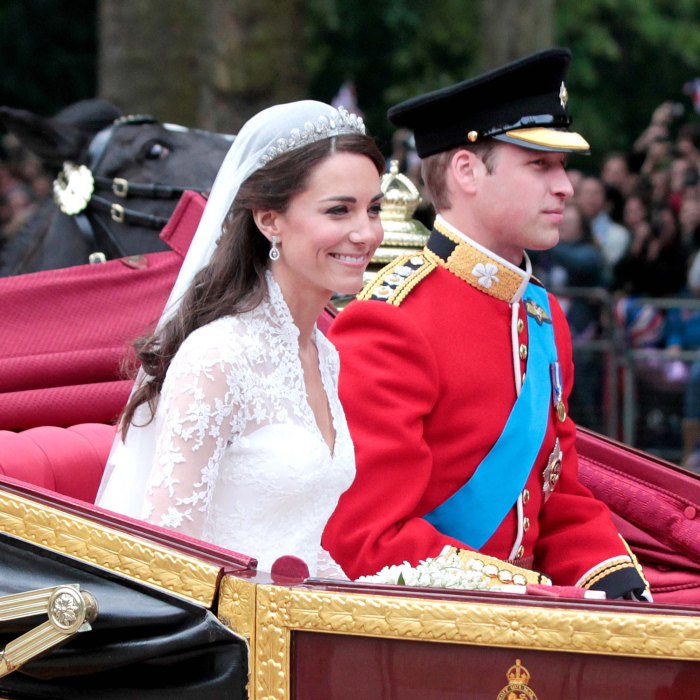 A second photo was released on Wednesday, showing the pair embracing outside of their Kensington Palace home. Kate leaned her head into William’s chest as he wrapped his arm around her waist.

The couple exchanged vows on April 29, 2011, at Westminster Abbey in London. Crowds gathered at the historic church to celebrate the duo’s lasting love. Earlier this year, William and Kate returned to the venue where they tied the knot, which has been transformed into a vaccination site amid the coronavirus pandemic.

Following their wedding, William and Kate went on to welcome three kids: Prince George in July 2013, Princess Charlotte in May 2015 and Prince Louis in April 2018. As they approached their 10th anniversary, a source told Us Weekly exclusively that the pair took the time “to sit back and examine their relationship” in the public eye. 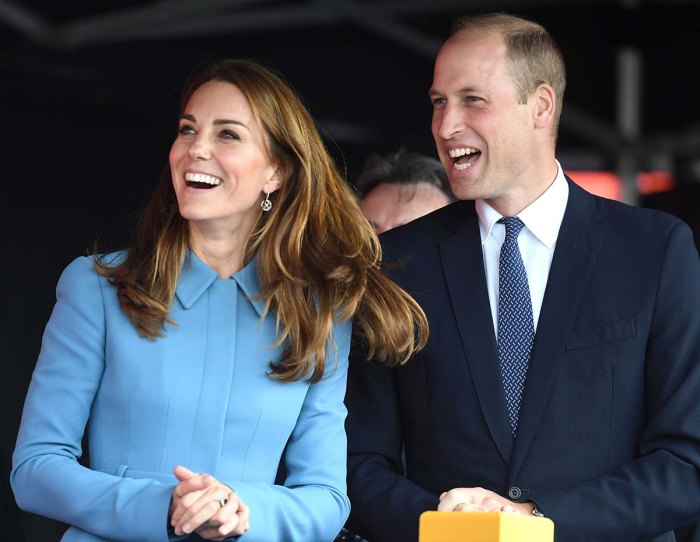 “It’s not unusual to have a few hiccups in a marriage, especially after eight years, and Kate and William are no different,” the insider explained in June 2019. “They’re still going strong. Regardless of their ups and downs, they love each other dearly and their kids are the most important thing in their lives.”

While their romance may appear picture-perfect, things haven’t always been smooth sailing for the duo, especially in the wake of Prince Harry and Meghan Markle‘s step back from senior royal duties. The Sussexes relocated to California in March 2020 with son Archie, 23 months, and made their palace exit permanent nearly one year later. After CBS aired a bombshell interview with Harry, 36, and the Suits alum, 39, earlier this year, William and Kate turned waded through the drama together. 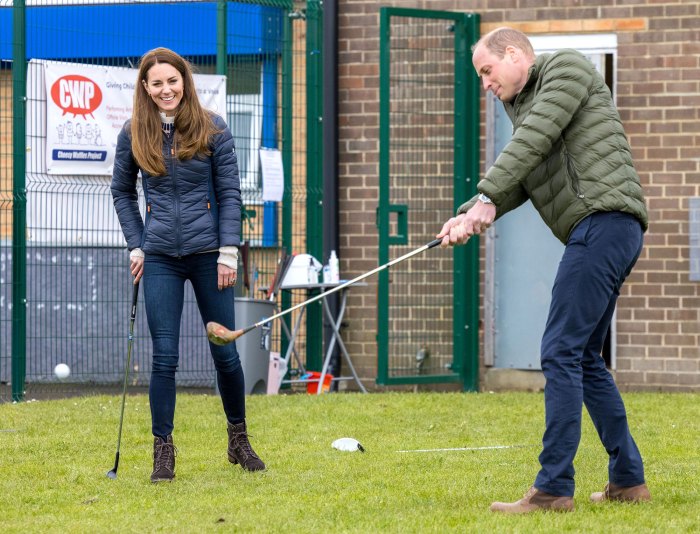 “They lean on each other for support during difficult times and will talk through their problems,” a source revealed as the March 7 tell-all continued to make headlines. “She’s been her husband’s pillar of strength throughout this whole ordeal.”

Hard times continued for the British royal family in April after the death of Prince Philip, who “passed away peacefully” at his Windsor Castle home at 99. Following the Duke of Edinburgh’s funeral, William and Kate honored his decades of service to the Commonwealth and to his wife, Queen Elizabeth II.

“The Duke of Edinburgh was a devoted consort to Her Majesty The Queen for nearly 70 years, from Her Majesty’s Accession in 1952 until his death,” the couple wrote in an Instagram tribute after the intimate memorial at St George’s Chapel. “Today’s ceremony was a reflection of The Duke’s military affiliations and personal elements of His Royal Highness’s life.”

William and Kate put on a united front at the solemn gathering — and continue to be a team behind closed doors when it comes to raising their kids. Though they have their hands full with their three little ones, the pair aren’t ruling out baby No. 4.

“Having four children was always part of Kate’s plan,” a source exclusively revealed earlier this year. “She put the idea on hold when [the coronavirus pandemic] hit but … she feels ready to start trying again.”