Getting into the holiday spirit! Prince William and Duchess Kate celebrated St. Patrick’s Day with a sweet message — and a cheeky exchange.

The Duke and Duchess of Cambridge teamed up with leaders across the world, including President Joe Biden to wish everyone a happy and safe St. Patrick’s Day on Wednesday, March 17, in a video for the Irish Foreign Ministry.

“A very special St. Patrick’s Day message from our friends around the world,” the clip read before William, 38, came on the screen and said something in the traditional Irish language.

Kate, 39, then took over, saying, “We’re delighted to wish you all a happy St. Patrick’s Day!” 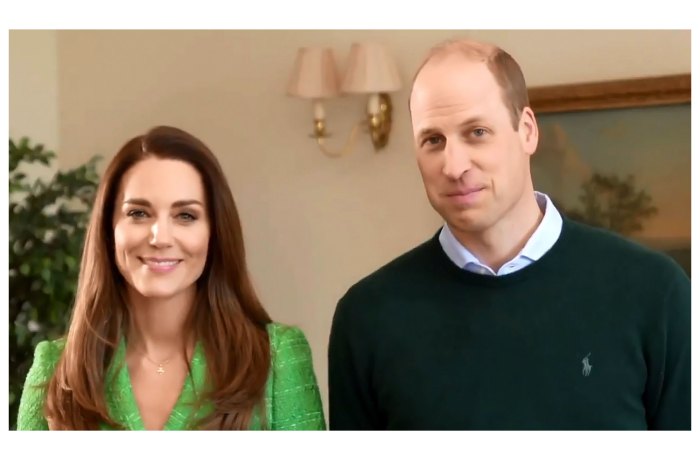 Her husband, with whom she shares three children, Prince George, 7, Princess Charlotte, 5, and Prince Louis, 2, then quipped, “How come you got the easy bit?” cracking a smile before making the duchess laugh.

William continued: “We were so thrilled to be able to visit Ireland just over a year ago, a few short weeks before all of our lives were turned upside down by the pandemic.”

The mother of three recalled the “warm welcome” the couple received while touring Ireland in 2020, calling it a “testament to the friendship between our two countries and the strength in the relationship between the U.K. and Ireland.”

The prince noted that the holiday won’t be the same this year amid the coronavirus pandemic, but added, “we hope you can celebrate safely in any case.”

The couple’s video message came weeks after William’s brother, Prince Harry, and his wife, Meghan Markle, spoke candidly about the royal family in an explosive tell-all interview on March 7. 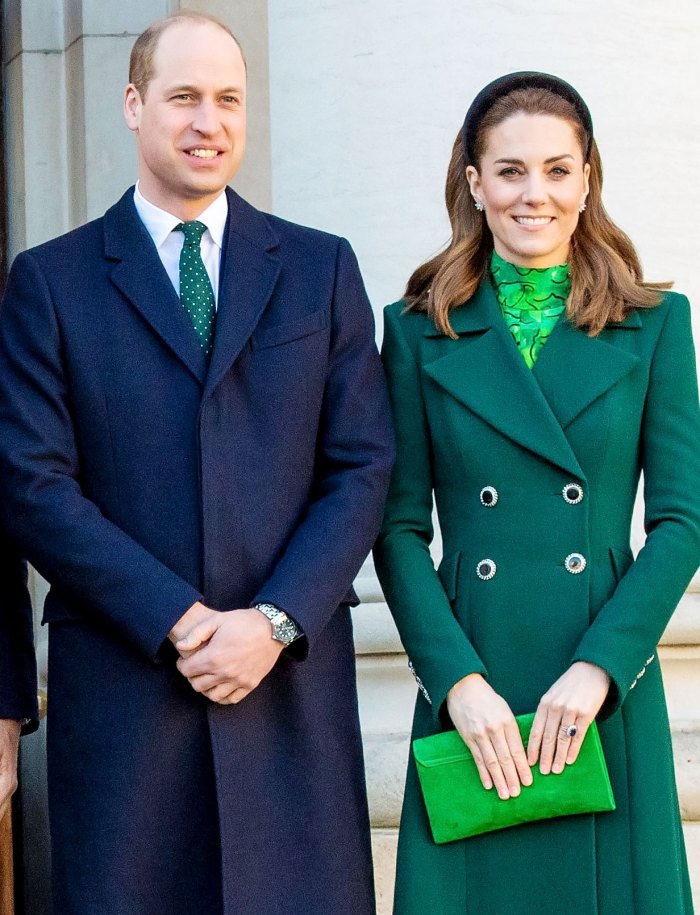 Prince William and Kate Middleton during their royal tour of Ireland on March 3, 2020. Shutterstock

During the sit-down, the duo claimed someone in the family inquired about how dark their son Archie’s skin would be before he was born. Meghan, 39, expressed feelings of concern for her mental health while the pair was living in the U.K., claiming when she reached out for support after contemplating suicide, the institution did nothing.

Harry, 36, for his part, addressed his relationship with his brother and their father, Prince Charles, saying he feels “let down” by how his father, 72, has handled his royal step back, revealing he was cut off financially in early 2021 after relocating to North America.

While the Duke of Sussex reiterated that he loves William “to bits,” he noted that they are currently on “different paths.”

Following Buckingham Palace’s statement about the interview, in which they said they would look into the “concerning” claims made by the couple, a source exclusively told Us Weekly that William and Kate are in “shock” over what was said.

A second source told Us this month that William was “fuming” over Harry’s claims that he is “trapped” by the institution. “William is bound by his duty, but doesn’t feel trapped,” the insider said.

William, for his part, denied that his family is racist when speaking to Sky News on March Thursday, March 11. Earlier this week, royal expert and author Angela Levin, exclusively told Us that she doesn’t think the brothers will “ever have the same closeness” as they once did after the bombshell interview.

“Prince Harry told me that William was the only person he could really trust and the only person he could say anything to because of their unique experience of losing a mother,” Levin, who interviewed Harry extensively for her 2018 book Harry: A Biography of a Prince, said on Thursday. “They have a lot in common, although they’re very different personalities. But I think it’s gone too far.”