Subtle but sweet. Prince Harry was trying to connect with his brother, Prince William, at their late mother Princess Diana’s tribute statue unveiling, according to body language expert Blanca Cobb.

“When Harry would actually turn his feet to angle towards his brother, his brother didn’t respond by turning towards Harry,” Cobb told Us Weekly exclusively on Tuesday, July 6. “He was more stoic. He was less engaging with his brother and, in my opinion, Harry was trying to make attempts to engage.”

According to Cobb, the hand movements Harry, 36, was making showed he was more relaxed than William, 39, at the statue unveiling. The event, which took place on Thursday, July 1, marked the brothers’ first public interaction since their grandfather Prince Philip’s funeral in April.

“There was a level of comfort for [Harry],” Cobb said. “Harry was looking more at William than vice versa. And you could tell also because there were times that Harry would actually walk over to where his brother and somebody else was talking.” 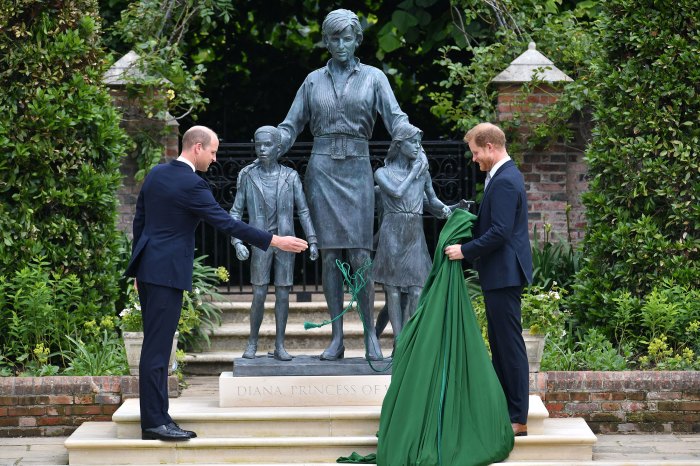 The brothers are currently involved in a long-running feud. Earlier this year, their rift deepened when Harry and his wife, Meghan Markle, decided to permanently step down from their royal duties. Soon after, the Duke of Sussex took part in a tell-all interview with the Suits alum, 39, where he opened up about his relationship with his brother.

“I love William to bits. We’ve been through hell together and we have a shared experience, but we are on different paths,” he said during the March sit-down on CBS. “The relationship is [undergoing] space at the moment and time heals all things, hopefully.”

Ever professional, the princes put on a united front at the statue unveiling, issuing a joint statement in honor of their mother.

“Today, on what would have been our mother’s 60th birthday, we remember her love, strength and character – qualities that made her a force for good around the world, changing countless lives for the better,” they said in part, according to the palace. “Every day, we wish she were still with us, and our hope is that this statue will be seen forever as a symbol of her life and her legacy.”

William and Harry were 15 and 12 years old, respectively, when their mother died in August 1997. While they certainly have their differences, they’ll always be connected.

“When they turned the corner, they had a very similar appearance. … [That’s] synchronicity. And when you’re connected with someone emotionally, you can see that synchronicity,” Cobb told Us. “But that was really the only time that I saw it, because during the rest of the clip that I saw, they were really more separated. They were still in the same space, but they were doing their own thing with very limited contact.”

She continued, “This is a moment of unity, not of separation, not of division. So regardless of what might be going on with their brotherly relationship, I do believe they try to steer it in if you will — or pull it in together to show some camaraderie.”

With reporting by Joe Drake and Molly Mulshine