Prince Harry and Meghan Markle have made a small but noticeable change to the website for their nonprofit foundation after confirming that they are not returning as senior members of the royal family. The couple removed a photo of Harry and his late mother, Princess Diana, from the Archewell homepage.

When the couple relaunched the website at the end of last year, they shared two childhood photos with their mothers. “I am my mother’s son. And I am our son’s mother. Together we bring you Archewell,” a letter from the pair read at the time. “We believe in the best of humanity. Because we have seen the best of humanity. We have experienced compassion and kindness, From our mothers and strangers alike.” 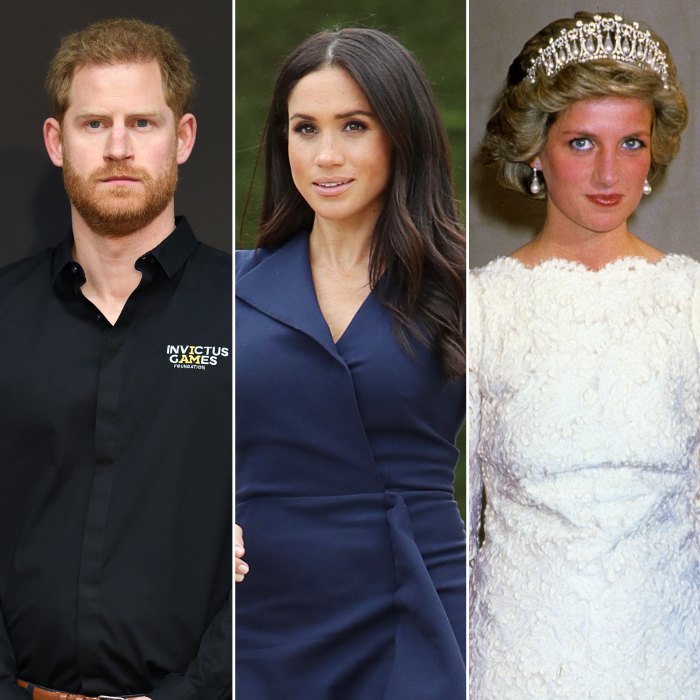 Now the photos of Harry, 36, and his mom and Meghan, 39, and her mother, Doria Ragland, have been replaced by a pic of the couple doing charity work for Baby2Baby in L.A. last year amid the coronavirus pandemic.

“Compassion in Action,” the homepage statement now reads. “Welcome to Archewell. Through our non-profit work, as well as creative activations, we drive systemic cultural change across all communities, one act of compassion at a time.”

The change to the Archewell website comes less than two weeks after Queen Elizabeth II released a statement confirming that Harry and Meghan have made their royal step down permanent, a year after they first announced their plans.

“Following conversations with the duke, the queen has written confirming that in stepping away from the work of the royal family it is not possible to continue with the responsibilities and duties that come with a life of public service,” the queen’s statement read on February 19. “The honorary military appointments and royal patronages held by the duke and duchess will therefore be returned to Her Majesty before being redistributed among working members of the royal family.”

The British monarch added, “While we are all saddened by their decision, the duke and duchess remain much-loved embers of the family.”

In a statement to Us Weekly that same day, a spokesperson for the couple, who share son Archie, 21 months, and are expecting their second child, said: “As evidenced by their work over the past year, the Duke and Duchess of Sussex remain committed to their duty and service to the U.K. and around the world and have offered their continued support to the organizations they have represented regardless of official role. We can all live a life of service. Service is universal.”

A source later told Us that Harry and Meghan “finally feel free” after making their royal step back official and feel like “they have so much to look forward to.”

“Obviously, they’ll lose royal patronages, but understand that they can’t have it both ways. And from their point of view, it’s not the end of the world,” the source added. “They’ve already made their mark in the U.S. and will continue being philanthropists, working with charities that are close to their heart — veterans, mental health, homelessness, Black Lives Matter and more.”

Harry said in an interview with James Corden on Thursday, February 25, that the couple made the difficult decision to separate from the royal family due to the “toxic” treatment of his wife at the hands of the British press. “It was never walking away, it was stepping back rather than stepping down,” he said on The Late Late Show With James Corden, adding that the situation “was destroying my mental health.”

Referring to the royal family, he said, “As far as I’m concerned, whatever decisions are made on that side, I will never walk away.”

The couple are set to do a televised sit-down interview and discuss their new lives and endeavors as well as parenthood and Meghan’s pregnancy on Sunday, March 7.