Answering all our questions. Prince Harry and Meghan Markle do not hold back in their upcoming CBS interview. On Sunday, February 28, the network released two new sneak peeks of the sit-down interview.

“My biggest concern was history repeating itself,” Harry, 36, said in one preview, seemingly addressing his mother, Princess Diana, while sitting next to Markle, 39. “For me, I’m just really relieved and happy to be sitting here, talking to you, with my wife by my side, because I can’t begin to imagine what it must have been like for her going through this process by herself all those years ago because it has been unbelievably tough for the two of us, but at least we have each other.”

Diana and Prince Charles divorced in 1996 following allegations of affairs on both ends. In 1997, she died in a car crash following a paparazzi chase in Paris. She was 36. 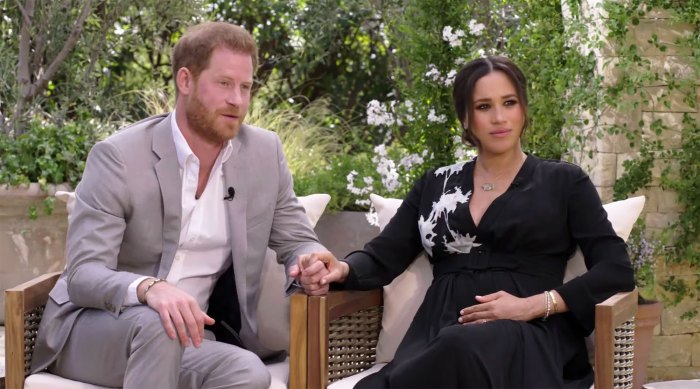 The interview will cover a plethora of topics, including the couple’s decision to step down from their royal duties, something they made official on February 19. “While we are all saddened by their decision, the duke and duchess remain much-loved members of the family,” Queen Elizabeth II said in a statement. The pair, who married in 2018, responded that they will “remain committed to their duty and service to the U.K. and around the world” and added that “service is universal.”

Harry spoke about the choice to walk away during a candid interview on The Late Late Show With James Corden on Thursday, February 25.

“It was never walking away, it was stepping back rather than stepping down,” the former military pilot said during the conversation. “It was a really difficult environment as I think a lot of people saw. We all know what the British press can be like. It was destroying my mental health.” 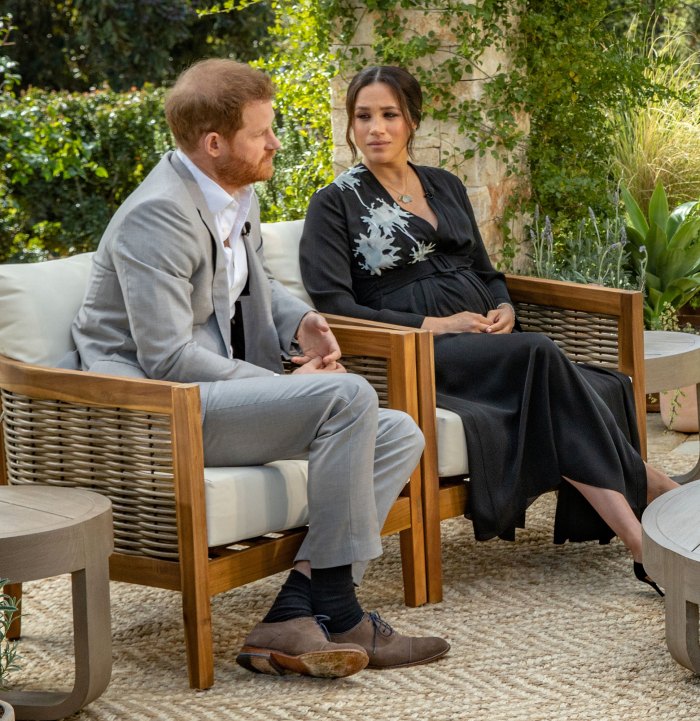 He added that the “toxic” treatment of his wife in the media played a part in it as well. “I did what any husband and what any father would do, which is [say], ‘I need to get my family out of here,’ but we never walked away,” he shared. “As far as I’m concerned, whatever decisions are made on that side, I will never walk away.”

Markle and Harry, who share 21-month-old son Archie, announced they are expecting baby No. 2 on February 14.