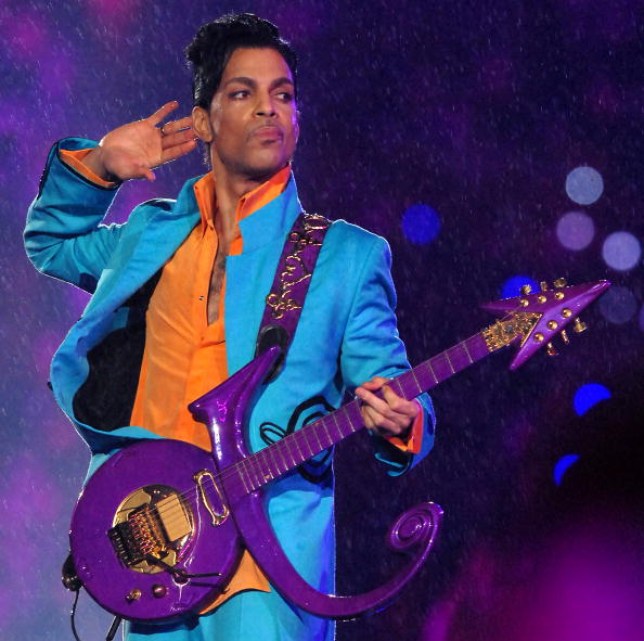 ‘Are you sitting down?’

I was on the train home when I got the text message from a colleague on April 21 2016 – and I was sat down.

‘I think Prince has died,’ came the next line.

It might sound like an overly dramatic way to tell someone a pop star had passed away, but my work pal knew just how devastated I would be.

She wasn’t wrong. I remember holding it together all the way home, but then bursting into tears in the car from the station.

I was overwhelmed with so much sadness. Such a huge talent gone in an instant, so suddenly at the age of 57. It felt like a huge loss not just to those who truly knew and loved him, but to me and anyone who had been moved and inspired by his music.

I was 11 when I was first introduced to Prince (not literally, sadly).

On a family holiday near Eastbourne, my older brother, Calum, was browsing through some vinyl in a record shop, back in the days when vinyl or cassette tapes were the only option available.

As he flicked through the album covers, he saw one adorned with flowers and an image of a cool looking dude on a motorbike. In spiky purple writing were the words ‘Purple Rain’ and on the cover was the ‘parental advisory explicit lyrics’ sticker. At 14, he was sold – and as he blasted out the record as soon as we got home from our holiday, so was I.

The heavy drum beat, the magnetic electric guitar, the pure funk and pitch perfect voice… As we listened to I Would Die 4 U and the very child unfriendly Darling Nikki on repeat, my love affair with Prince and his music was sparked for the next 30-plus years. 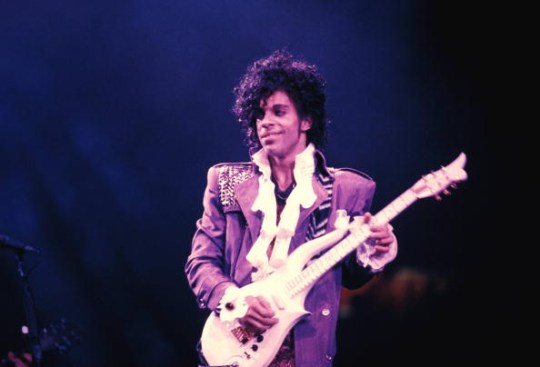 Prince’s Purple Rain album sparked my love affair with his music for the next 30-plus years (Picture: by Richard E. Aaron/Redferns)

With each album old and new came some sort of reinvention that never left fans behind. Despite his plethora of new sounds and looks as he experimented with his music, it was still distinctly ‘Prince’.

From the breathless screams of When Doves Cry and the faultless falsetto of Kiss, to the light jazzy vibe of  Strollin’ or the dreamy, gentle lyrics of The Most Beautiful Girl In The World, the man was a musical chameleon and became the soundtrack to my life. From heartbreak to joy, he always had a place – and was even hastily put on in the background when I gave birth to my second son by emergency c-section.

My still-best friend Luan and I bonded over his Parade album (on casette this time) when we were 15 and she soon adored him as much as I did.

Many other friends over the years, most perplexed by this tiny man in purple who oozed sexual confidence from every pore, asked what I saw in him. Then I’d play them a record, or make them watch his movies Under The Cherry Moon and Purple Rain (not so much Graffiti Bridge) and they’d get it.

When he randomly opened a store in Camden’s Chalk Farm Road in 1994, I was at journalism college and persuaded some friends to come down with me. As the street outside the store filled with fans and stopped traffic, no one expected Prince to turn up. But then suddenly there was a split second of silence as he came out on the balcony above with then girlfriend Mayte Garcia, followed by a huge roar.

He was only there for a couple of minutes, but it was a true ‘I was there!’ moment.

Even more so, given that any sign of the shop had disappeared within a couple of years – turns out there wasn’t much call for megabucks symbol shaped chaise lounges or purple trench coats in Camden back then.

As my best friend and fellow Prince stan, Luan was also my gig buddy and we were lucky enough to say we saw him live more than handful of times – Brixton Academy, twice on his 21 Nights tour, at the Kent Hop Farm festival and even his last UK round of gigs at Camden’s Roundhouse, just two years before his death. 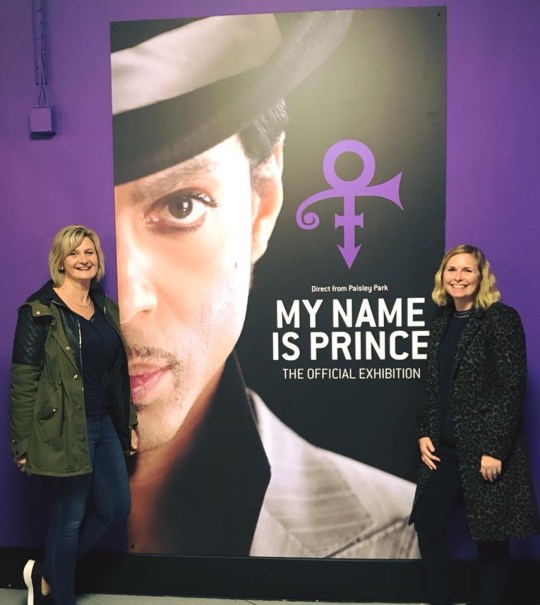 In October 2017 Paisley Park brought a Prince memorabilia exhibition to London’s O2 – and of course Luan and I went. (Picture: James Christiansen)

Each show was packed out yet always felt strangely intimate as the superstar flirted and chatted with an audience who were left breathless and giddy by his genius. I remember taking my husband, James, to one concert in 2007 and as I saw him become entranced as Prince effortlessly played his guitar, I knew he was sold too.

So, when I heard the news that Prince had died it really did knock me for six.

I felt bereft that there would be no more concerts, no more new music, no more amazing collaborations. I just couldn’t believe that such a creative powerhouse had suddenly stopped.

In the weeks following his death, stories of Prince’s behind the scenes philanthropy started to eek out. Musical instruments bought for local schools in Minneapolis, huge secret donations to charitable causes.

The UK charity Autism Rocks even put on a concert in his honour – with acts like Mark Ronson and CeeLo Green performing – as he’d done so much unspoken work with them over the years. It was an amazing gig and as we watched Prince’s old music buddies (and fellow music legends) Larry Graham and Morris Day do their thing, it was almost like he was still with us. Almost. 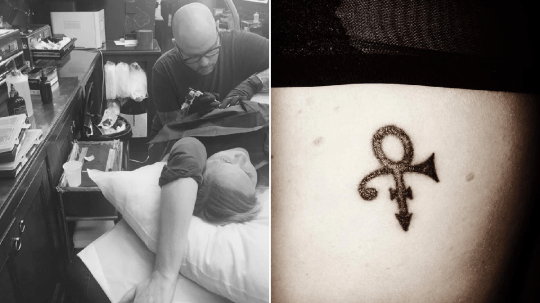 Nothing to see here, just a 40-something woman getting a Prince tattoo (Picture: Morgan Reardon)

Not long after Prince died I wanted to get my own tribute to the great man, so I got a tattoo of his infamous symbol on my left side. It might seem a bit daft for a 40-something mum of two, but it was my way of honouring the impact he’d had on my life.

Now, on April 21, Luan and I like to wear something that gives a little nod to the day our hero died. It might be a pair of symbol earrings, a purple blazer or Prince tee.

It’s hard to believe it’s been five years since the world lost a true musical genius, something that’s hugely rare, but his music certainly hasn’t been forgotten.

Not only is it played in my house a lot (my children can spot a Prince number within a few notes these days), you can hear his inspiration everywhere.

Beyonce, Justin Timberlake, Sinead O’Connor, Lianne La Havas… You’d be amazed at just how many songs you love were actually written by him or include samples of his work.

I might not be the coolest Prince fan – or even cool at all (my children still laugh at the fact that I couldn’t get out of the car to drop them off at cubs because I was so upset about his death that day), but that doesn’t matter to me. I loved his music and I know he would have been cool with that.