PRINCE Charles is set to scupper his younger brother’s appointment as the Duke of Edinburgh despite his late father’s wishes, in favour of a downsized monarchy, it is claimed.

The future King is reportedly reluctant to relinquish the title to the Earl of Wessex regardless of his 20-year wait to inherit Prince Philip’s title.

Prince Charles is said to be reluctant to pass on the title to Prince Edward in favour of a slimmed down monarchyCredit: Getty 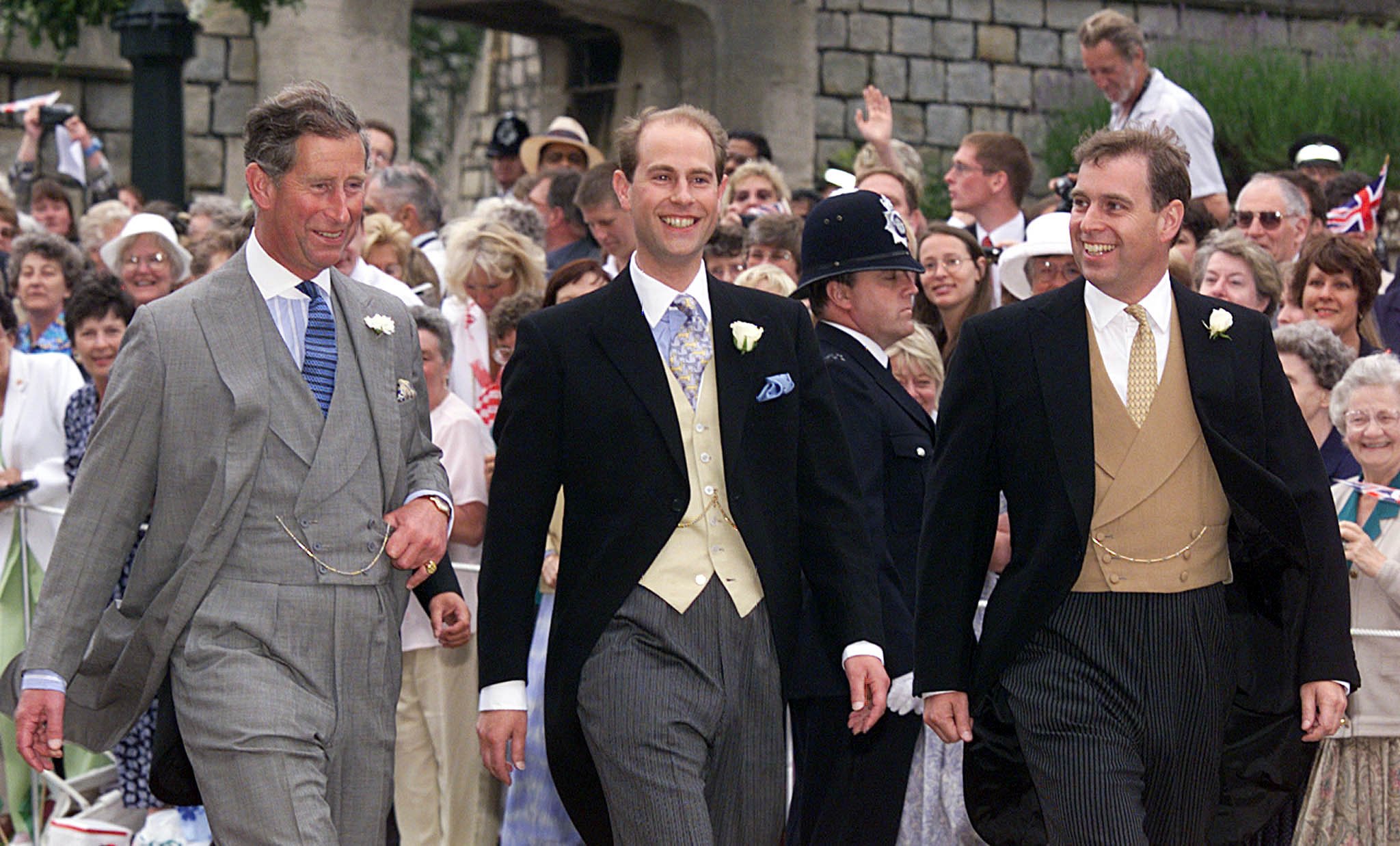 Despite patiently playing the long game, Prince Edward could be left empty-handed as Charles holds all the cards – and he envisions a slimmed-down sovereignty.

A source close to Charles said: “The Prince is the Duke of Edinburgh as it stands, and it is up to him what happens to the title. It will not go to Edward.”

Following Philip’s death in April, in keeping with royal tradition, the title was passed onto eldest son Charles – and he intends to keep a firm grip on it for now.

Rite of passage has allegedly gone out of the window, amid reports Charles strongly considered keeping the title himself.

“It isn’t just about whether Edward becomes Duke of Edinburgh by rite of passage or not, there have been discussions about the whole top tier of the Royal Family,” a source told the Daily Mail.

The baby of the royal bunch, Edward, was set to succeed his father in the dukedom “in due course” with the blessing of the Queen and Prince Philip, Buckingham Palace announced in 1999.

After his marriage to Sophie Rhys-Jones that year, the Queen granted him the title of the earldom of Wessex, a title he chose – and Charles may now thwart his younger sibling’s previously presumed promotion.

But according to the Mail, a member of Charles’ inner circle said he is “making it clear that his brother may have jumped the gun,” and that securing the title “is not a done deal.”

Alternatively, The Prince of Wales will be left to decide whether to grant the title to Edward, another member of his family, or leave it in abeyance – despite Prince Philip’s wishes.

“It was probably human nature to transfer your affection to the youngest, who in the scheme of things will inherit nothing. It was why he wished Edward to have his title.”

Philip’s close bond with his youngest child is claimed to be the driving force behind Charles’ hesitancy.

“Put yourself in his shoes,” an aide told the Mail. “You have been consort and then [Charles] comes along and is suddenly the heir.

“It was probably human nature to transfer your affection to the youngest, who in the scheme of things will inherit nothing. It was why he wished Edward to have his title.”

Another source said that some at Clarence House were irritated by the fact the Wessexes’ are considered a safe bet and were also irked by Edward’s closeness to the Queen.

“It has been noted that they are often described as ‘indispensable’,” they said. “It feels strategic.”

Philip was said to be well aware of Edward’s slim pickings compared to the profusion of titles available for Charles – something the future King is said to be revamping as he plans his ensuing reign.

He is said to prefer fewer royal titles and engagements than his successors, suggesting the Duke of Edinburgh title may be scrapped.

Edward is said to be aware that it is not certain that he will be granted the title.

In an interview with the BBC last month, he was asked: “You will be the next Duke of Edinburgh, when the Prince of Wales becomes king, that is quite something to take on?”

Edward replied: “It was fine in theory, ages ago when it was sort of a pipe dream of my father’s . . . and of course it will depend on whether or not the Prince of Wales, when he becomes king, whether he’ll do that, so we’ll wait and see. So yes, it will be quite a challenge taking that on.”

The Earl of Wessex also noted in the past how the granting of the title was “bittersweet” as it could only come to him “after both my parents have actually passed away.” 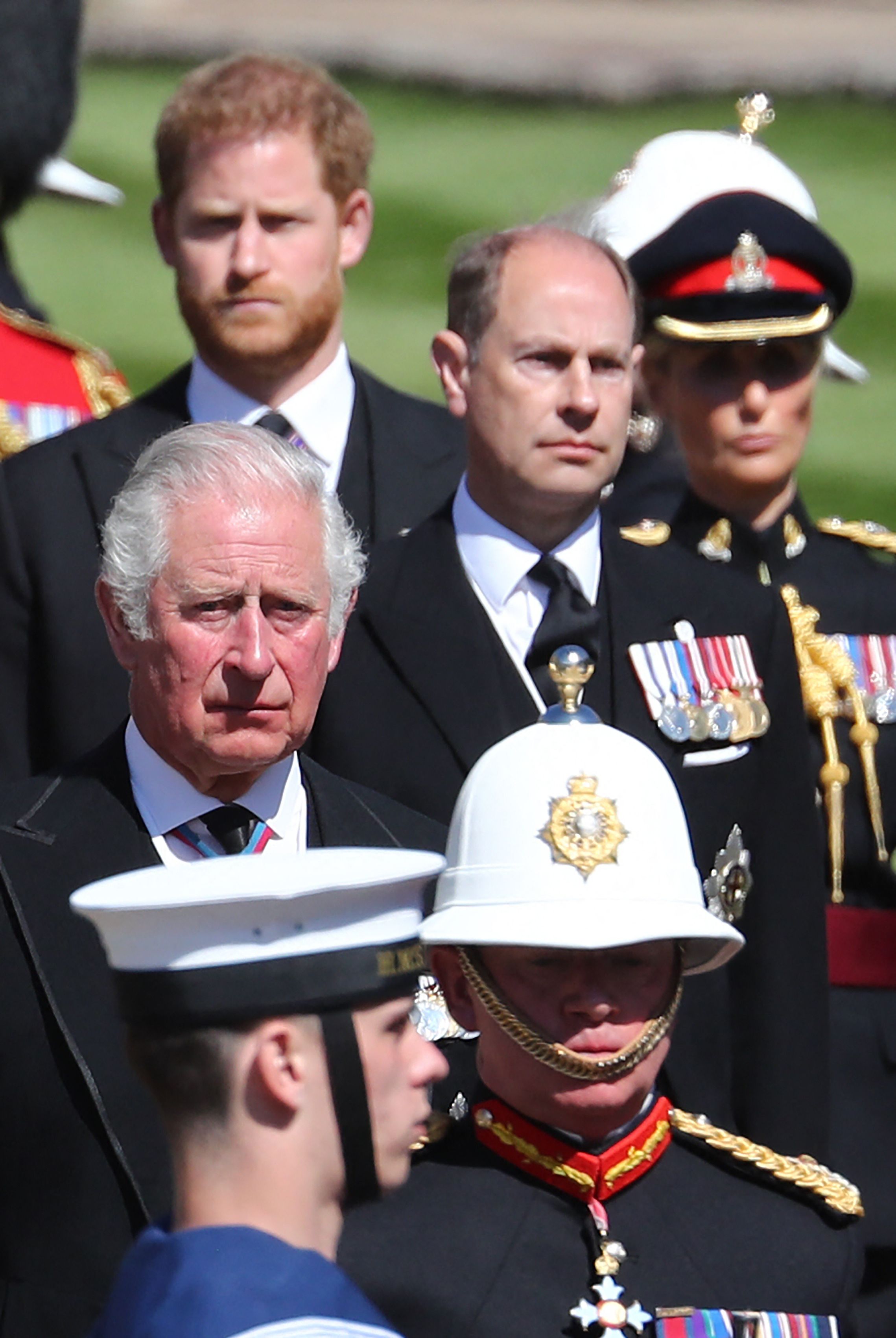 Charles is said to be swaying towards going against Prince Philip’s wishesCredit: AFP