Prince Andrew has agreed to settle his lawsuit with Virginia Giuffre, who accused him of sexually assaulting her when she was underage.

According to documents filed on Tuesday, February 15, and obtained by Us Weekly, the case was settled out of court for an undisclosed amount of money. A letter was submitted to the United States District Court in New York City, explaining that the parties plan on filing a stipulation dismissing the case within 30 days.

The Duke of York, 61, stepped away from his public royal duties in November 2019 after Giuffre, 38, came forward with allegations of sexual misconduct. At the time, the prince’s ties to the late Jeffrey Epstein were questioned. (The financier was arrested on federal charges for sex trafficking minors in August 2019 and died by suicide in his jail cell one month later.)

“It is known that Jeffrey Epstein trafficked countless young girls over many years,” Tuesday’s letter continued. “Prince Andrew regrets his association with Epstein, and commends the bravery of Ms. Giuffre and other survivors in standing up for themselves and others. He pledges to demonstrate his regret for his association with Epstein by supporting the fight against the evils of sex trafficking, and by supporting its victims.” 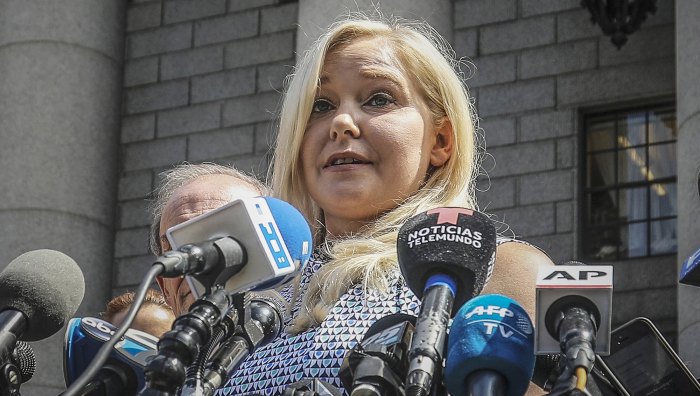 Giuffre’s attorney, David Boies, went on to note, “We appreciate the time and effort the Court has devoted to this matter.”

Queen Elizabeth II‘s son denied the claims made against him in November 2019, telling the BBC at the time, “I have no recollection of ever meeting this lady, none whatsoever. It just never happened.” Earlier this year, Andrew’s legal team attempted to have his case thrown out, citing a 2009 settlement reached between Giuffre and Epstein. A judge denied the request in January.

As the lawsuit continued to make headlines, Buckingham Palace confirmed last month that Andrew’s royal titles would be stripped after previously keeping quiet about the scandal.

“With The Queen’s approval and agreement, The Duke of York’s military affiliations and Royal patronages have been returned to The Queen,” a statement read in January. “The Duke of York will continue not to undertake any public duties and is defending this case as a private citizen.”

Royal expert Kristin Contino later weighed in on the major development, telling Us she believed Prince William was “very involved” in the decision to remove Andrew’s HRH status.

“It’s been said that he met with the queen in person ahead of their announcement that came out last week,” the A House Full of Windsor author told Us of the Duke of Cambridge, 39, also predicting that Prince Charles had a say in the matter. “I think that really shows — and I think that’s interesting — his growing influence and how she trusts his judgment and is looking for his advice. And I think that’s a great sign of things to come for William and how much she is relying on talking to him and his counsel.”