Pride has left a lasting impact on the LGBT community and so many who have watched it (Picture: Nicola Dove)

Stephen Beresford, writer of Pride, was told that no studio would make his film and was left convinced that the story of LGSM (Lesbians and Gays Support the Miners) would go unheard by the masses.

Nothing could have been further from the truth.

The 2014 movie, starring the likes of Imelda Staunton, Bill Nighy, Andrew Scott, and Dominic West, was met with widespread acclaim from critics and audiences alike, leaving a lasting impact on so many who watched it.

Based on true events, Pride told the story of how gay activists worked to help miners during their lengthy strike of the National Union of Mineworkers in the summer of 1984.

Speaking seven years on, Stephen told Metro.co.uk: ‘Nobody knew anything about it so it was a completely obscure, unknown story, so I was bringing it to completely fresh eyes.

‘Also there was a huge question about whether anyone would make [the film]. I was told at every turn when I was trying to get it off the ground, “Don’t be so ambitious, it’s too big, no one’s going to make a mainstream movie about this”.

‘In a way, those two things take the pressure off – you think A: nobody’s heard this story, and B: they’re not very likely to anyway!’

However, things started to change when the roles were cast, with high-profile actors jumping at the chance to be included, resulting in a spectacular star-studded line-up.

‘Pride is unique in that it’s the only thing I’ve ever done where every single actor who was asked to play a part said yes straight away,’ he reflected.

‘In most cases, you ask somebody and they say no and you ask somebody else, you cast it that way. In this film, Imelda came on, Bill came on, Dominic – there wasn’t anyone that we wanted that turned it down. And that’s kind of amazing really.’

Most importantly, however, it was essential to get the real-life parts of the story right. For that, Stephen tracked down as many members of LGSM as he could, starting with the man who he knew couldn’t be mistaken for anyone else in the world – Reggie Blennerhassett. 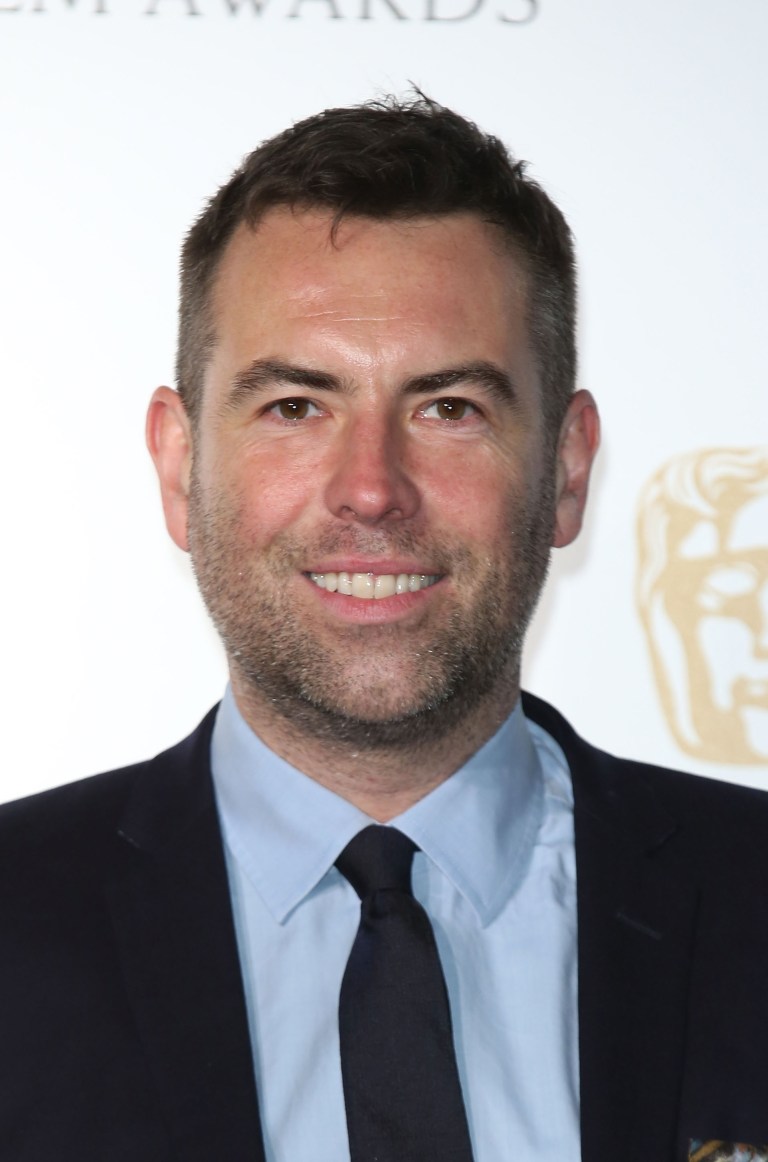 Stephen says he was worried about how the real people behind the film would react (Picture: Getty Images)

‘I sent him a message on Facebook and I said, “Are you the Reggie Blennerhassett from LGSM?” and he wrote back, “I haven’t been asked that question in a long time – what on earth do you want?”‘ Stephen laughed.

‘Through Reggie I managed to find the rest of the group and everybody said “Mike [Jackson] is the keeper of the flame, he’s the one you need to speak to because he has all the information.” So all roads led to Mike Jackson, who I then formed a close working relationship with him really, just digging into the story as much as I could. I tried to meet as many people as I could – and of course the Welsh community.’

Despite his close bond with the communities, Stephen still feared what their reaction would be.

‘I was worried how the real people involved would take it, and I was very honest with them – most of what I did was out of naivety, really. I’d never made a film before so I didn’t really know how you were supposed to behave but I always told them the absolute truth. 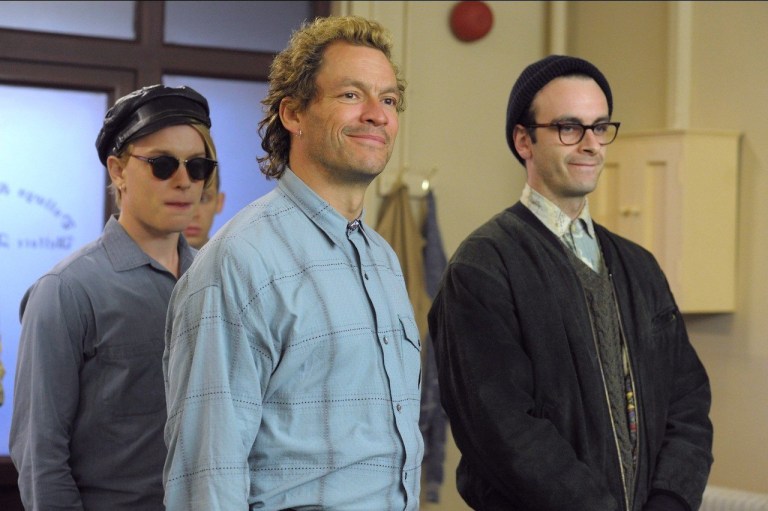 ‘So I said, “I’m going to make up a story about these events,” rather than trying to tell a story, so they knew that, they expected that. But their reaction was my biggest concern. That was the only concern.’

However, he needn’t have worried. Mike Jackson, Secretary of LGSM, told us: ‘The impact of the movie never stops.

‘It has been adopted by the global labour movement as a paradigm of solidarity and by the LGBT+ community as an example of our need for allies. Of course this is all stems not from the movie but from the miners’ support for LGBT+ rights when they voted in favour of our motion at the 1985 TUC and Labour Party conferences.

‘The motion was carried because of the support from the miners and – long before we won our statutory rights – it was the trade union movement which started the equalities drive for LGBT+ people by negotiating with employers, including the more progressive local authorities such as Ken Livingstone’s GLC.

‘Viewers watching Pride will see how ordinary people are capable of achieving extraordinary things even in the face of fierce and powerful opposition. The most powerful fanbase for the movie and LGSM are teenagers through early 20s.

‘We are particularly proud of Lesbians and Gays Support the Migrants who were inspired by what we did 35 years ago and see migrants as a group who are being demonised by the media and the state in the same way the miners were. LGSMigrants do some spectacular and courageous campaign work but also do the donkey work, trekking around Soho with their collection buckets in aid of migrants and receive the same generous support from the LGBT+ community for migrants today as they did for miners all those years ago. That’s Pride!’

Stephen doesn’t take for granted how well-loved the film is. But there’s one part of it he feels people haven’t completely understood, especially now. 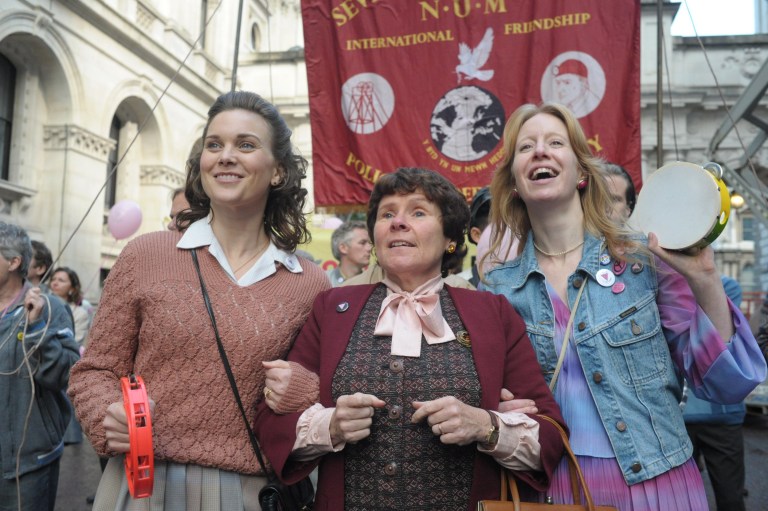 Imelda (C) was one of the first to say yes to the film (Picture: Nicola Dove)

‘The thing that I think is least understood about the film and that I wish was more understood is that it’s a story about putting yourself on the line. The reason that LGSM achieved what they achieved, was because they turned up. And if you turn up to the place where it’s possible you might be rejected, but you go there with an open heart and an open mind, and you say, “I’m here to help,” that’s when you make a change happen.

‘And since the film has come out, the world has changed and people use words that I think have been rather devalued – words like “solidarity” and “activists”. Because they tend to now mean the things we say on social media.

‘What LGSM were doing was physically appearing in a place where they didn’t know how well they’d be received. And that’s very important, it’s an important part of the story.’

‘I never said this, but somebody said this in a review – “Prejudice cannot survive proximity.” And that’s really the most important thing about the film,’ Stephen explained.

‘You have to actually go and be up close and personal with people and speak to them in a reasonable way, open-hearted and open-minded.

‘Pride is a film about bringing people together who don’t appear to have anything in common and I have to say that it’s a disaster because we now live in a world where people have never been more divided, I don’t think, in the whole of my life.

‘We have become so sectarian and tribal in the way that we deal with the world, that anybody who steps out of line with one particular point of view is ostracised forever.’

‘If my intention with Pride was to bring people to a more nuanced and open-hearted understanding of each other, then I have to call the film an abject failure,’ Stephen laughed. ‘But there is still time.’