Nina Ljeti, the vocalist of Kills Birds, has previously described the first time she heard Nirvana’s ‘Nevermind’ as a “spiritual awakening”. So when Dave Grohl invited the LA three-piece (Ljeti, guitarist Jacob Loeb and bassist Fielder Thomas) to record their debut album ‘Married’ at his own Studio 606 (on the same Neve 8028 console on which that classic Nirvana album was made, no less) last year, it was one hell of a pinch-me moment.

“When that kind of opportunity falls into your lap, it’s hard to be like, ‘I deserve this, this is meant to happen’,” laughs Ljeti to NME. “It was pretty unbelievable.”

As well as lending them his studio, Grohl — who discovered Kills Birds through a mutual friend — has raved about the band in radio interviews, worn their t-shirt for a Rolling Stone feature and even tapped them to open for Foo Fighters on several Mexico and US dates.

Unbelievable though it may be for the trio, for the rest of us it’s easy to see why he’s a fan. Kills Birds’ unleashed, cathartic grunge is a worthy successor to Nirvana, yet they have an electrifying punk energy too (Kim Gordon is also a fan, by the way). ‘Married’ is thunder and lightning at once, a debut that truly makes its mark.

Ljeti was born in Bosnia, though her family escaped to Canada soon after as the Bosnian War and ethnic cleansing began. One of her earliest memories is of seeing the bombing of Sarajevo, her family’s home, on the news. “I came away from that experience with an intense desire to make the sacrifices that my parents made for me worthwhile,” she says. “That’s something I’ve carried my entire life.”

After studying drama at NYU, Ljeti moved to LA to pursue a filmmaking and acting career. She soon began making music with fellow actor Loeb as a way to escape the pressure of Hollywood (though she continues to direct music videos, most notably Phoebe Bridgers’ ‘Kyoto’), and they officially became Kills Birds when Thomas came on board in 2017.

Kills Birds value honesty and authenticity above all in both their songwriting and band ethos, says Ljeti. “It’s because my father was true to his values that he was able to stick up to the people that were telling him that he needed to fight in this war, and that we survived. I grew up with those values, and in everything that I do, that’s what I lead with. [Kills Birds] is a platform for me and for all of us to stay true to ourselves, to try to avoid any of the outside noise and distractions.”

While writing ‘Married’ in 2020, the isolation of living alone during lockdown forced some “deep reflection” for Ljeti. About to turn 30, the roles that the patriarchy expects of women were weighing on her mind, inspiring ‘Good Planning’ and the title track. She was also unpacking trauma from past relationships, resulting in album highlights ‘Glisten’ and ‘Rabbit’. The former grapples with betrayal, while the latter, the record’s opening track, deals with “being in an abusive relationship with a powerful person”. Pairing its haunting, whispered refrain of “how could I let you?” with an explosive instrumental, it’s a visceral exorcism of shame and self-hatred.

Shedding the shame that so often surrounds the topic of abuse is vital for everyone, says Ljeti. “I very often feel that some victims feel silenced, because they don’t know how to express themselves for fear of being punished or reprimanded,” she adds. “I hope that, in hearing these songs, women and men who have experienced abuse will feel less alone, but also empowered to look into themselves for the healing and growth that is required.”

Loeb and Thomas take cues from Ljeti’s lyrics in crafting the heavy, volatile sonics that back them up. “It’s a conversation between what’s on the page and what the [instruments] can do to illuminate those words,” says Loeb. Still, he adds, they always create with a sense of fun: “By necessity we try to balance the weight of our music with a light-heartedness. We try to retain that playful sense of experimentation and joy.”

It’s this, Ljeti says, that allows her to feel safe while exploring uncomfortable territory through her lyrics. “Kills Birds is the one place where I don’t feel insecure sharing the things that I’m feeling. It’s easy to be honest and free in this band because I have Jacob and Fielder there who are ready to lead me to that edge.”

Though ‘Married’ is an album that attempts to untangle power dynamics of all sorts, there is power to be found and reclaimed in its catharsis. “I think having the opportunity to express myself really allows [me] to relinquish a lot of anxieties, because once you’re open about it you realise how many other people are feeling the same way,” says Ljeti. “It’s still a process — that’s a lifelong journey that I’m gonna be on.” 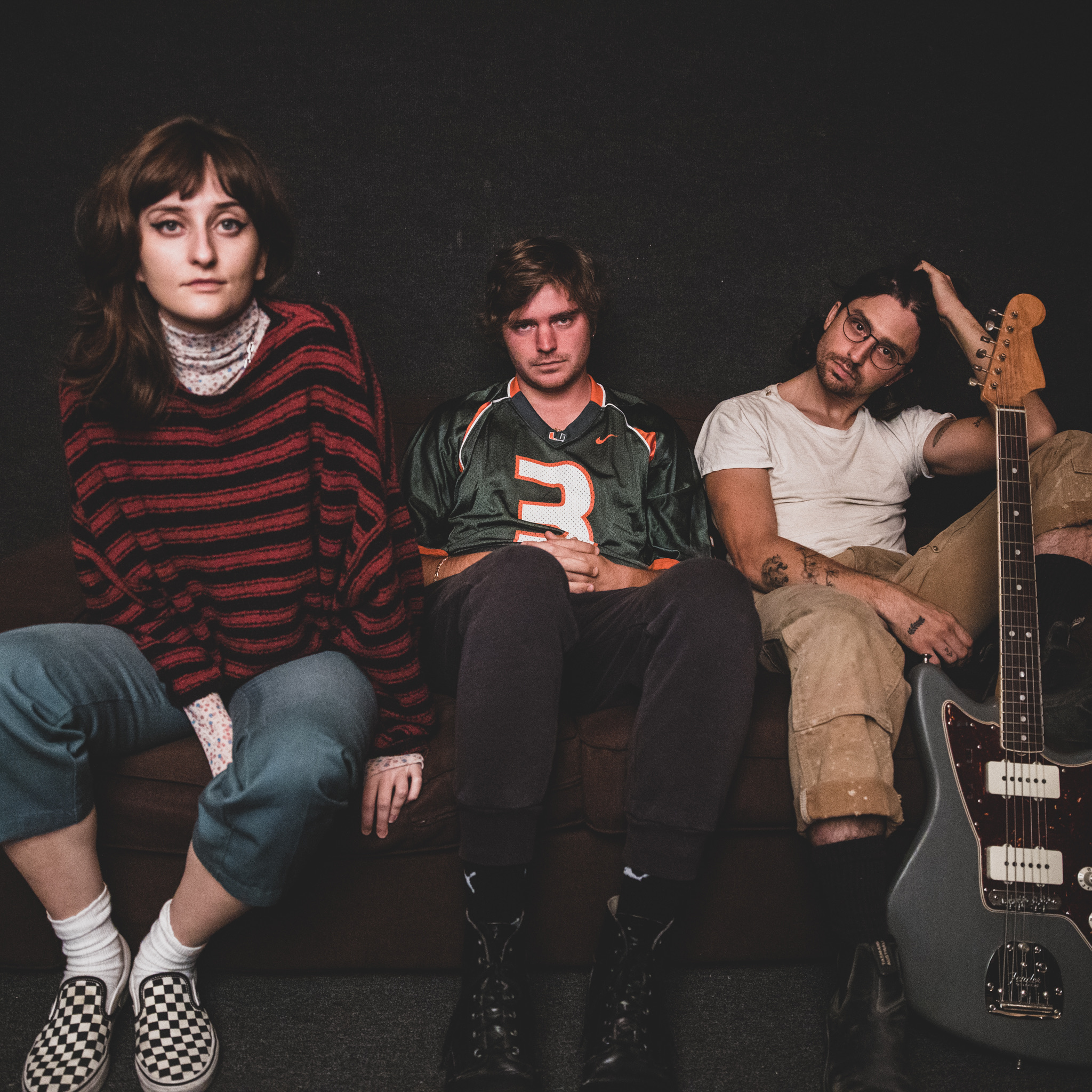 While they will continue to support each other on that journey, Kills Birds have also found outside inspiration from Grohl and the Foos in how they’ve navigated a path as a top-tier rock band who leave it all on the field without burning out.

“[Grohl] deflates the cliché and mythology of the tortured rock star in such an honest way, just through his pure joy in rocking out,” says Loeb, while Ljeti adds: “He’s an example of how much good can come from having power. He’s an inspiration and a hero.”

They may not yet be rock legends in their own right, but Kills Birds are certainly on the right track. With ‘Married’ the band have found their power and laid the groundwork, not just with their songs but with the bonds they’ve forged. “There’s something very devotional about ‘Married’,” says Loeb, nodding to the album’s title. “It’s a statement of commitment.”

“Ultimately, this project is so crucial, just to my wellbeing,” sums up Ljeti. “We’re very fortunate that in a time of so much uncertainty, we found the strength and solace with each other to create something that is honest and true to ourselves.”

Radar Roundup: sign up and get our weekly new music newsletter