Sir Rod Stewart almost had to cancel his performance at the BBC’s Party at The Palace for the Queen’s Platinum Jubilee celebration.

The music legend took to the stage in the star-studded show outside Buckingham Palace on Saturday night along with the likes of Craig David, Alicia Keys, and Diana Ross.

Sir Rod revealed he was made to belt out Sweet Caroline to wrap up his set, but actually came close to not performing at all after losing his voice in the wake of catching Covid.

His wife, Loose Women’s Penny Lancaster, revealed on Wednesday’s programme that the rocker’s appearance was ‘very, very touch and go’.

‘He lost his voice, so the sound check on the Wednesday, he went along and for precaution he wore a mask, but had no voice,’ she said.

Penny continued: ‘He went for another rehearsal on the Friday. It was touch and go. His voice is there now, but it wasn’t quite on, but he didn’t want to disappoint everybody.’

Sir Rod Stewart performed at the Platinum Party at the Palace in front of Buckingham Palace (Picture: Reuters) 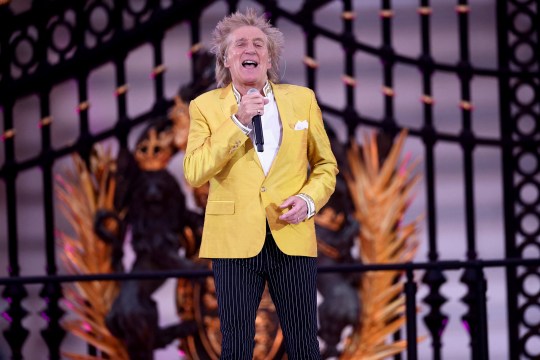 He performed Sweet Caroline to end his set (Picture: Getty)

Sir Rod had been in Vegas for three weeks when he was struck down with Covid and isolated for 10 days while he recovered.

‘It wasn’t the Rod Stewart show, it was the show for the nation, for the Queen, for everyone to come together,’ Penny added. ‘He wanted to please people and that was the song.’ 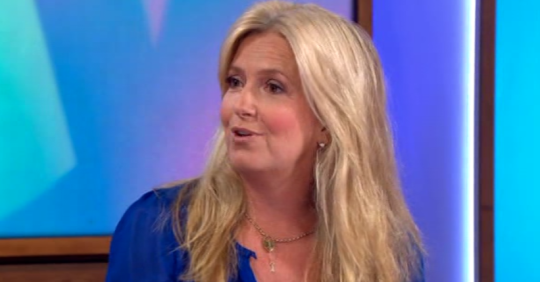 Sir Rod previously revealed the BBC ‘made’ him sing Neil Diamond’s Sweet Caroline at the Jubilee.

Before he launched into the track, he told the crowds: ‘The BBC made me sing this one.’

He then urged those present to ‘join in, make it comfortable for me’ before starting the iconic song.