Years were spent trying to bring the series back before the 2005 revival (Picture: BBC)

Plans for a film adaptation of Doctor Who are said to have almost prevented the BBC show from being revived in 2005, when it returned with Christopher Eccleston at the helm.

There is a lot of excitement ahead for Doctor Who fans, as they get ready to welcome Russell T Davies back into the fold as showrunner while also preparing to bid an emotional farewell to Jodie Whittaker as the 13th Doctor.

As Whovians continue to speculate over who will be named as the 14th Doctor, it’s emerged that the revival of Doctor Who could have been stopped in its tracks, after several years of trying unsuccessfully to bring it back.

The Long Game: The Inside Story of How the BBC Brought Back Doctor Who, a new book by Paul Hayes, goes behind-the-scenes of the situation, which followed the suspension of Doctor Who in 1989, as well as a TV movie released seven years later.

‘BBC Worldwide, it transpired, owned all the rights to Doctor Who,’ then-BBC One Controller Lorraine Heggessey said in the book, as reported by Radio Times.

‘They said that we could not have it on TV because they were going to make a movie, and therefore we couldn’t put it on BBC One. Which I was pretty fed up about, and ranted and raved for a bit but didn’t really get anywhere.’ 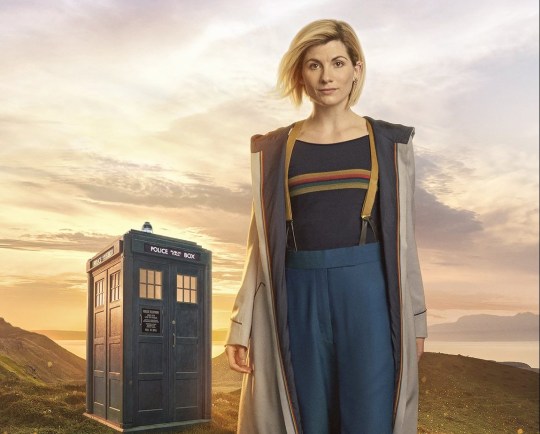 Jodie will soon be saying goodbye to the beloved role (Picture: BBC/Steve Schofield)

Lorraine said that a year after being told they couldn’t bring Doctor Who back to TV, when they ‘still hadn’t made the film’ and they hadn’t managed to find another drama appropriate for Saturday early evening TV on BBC One, they decided to go ahead with their plan.

‘It would only happen in the BBC, wouldn’t it? BBC Worldwide wouldn’t let BBC TV produce it! But eventually, we just bust through that,’ she said. And lucky they did!

Series 13 of Doctor Who is set to launch at the end of this month, premiering with an episode ominously called The Halloween Apocalypse.

The instalment will feature ‘a universe-spanning adventure in space and time’, with Jodie returning as the Doctor alongside Mandip Gill and John Bishop as the Time Lord’s companions.

‘On Halloween, all across the universe, terrifying forces are stirring. From the Arctic Circle to deep space, an ancient evil is breaking free. And in present day Liverpool, the life of Dan Lewis is about to change forever,’ the synopsis reads.

Doctor Who is set to return on Sunday October 31 at 6.25pm on BBC One.