The drama is based on the memoir of Steve Jones, the legendary Sex Pistols guitarist who helped usher in a punk revolution in Britain, chronicling the band’s early days in West London, their meteoric rise to stardom and their collaboration with iconic fashion designer Dame Vivienne Westwood.

Iris Law, daughter of Jude Law and Sadie Frost, will make her screen debut in the series as Soo Catwoman.

Oscar winner Danny Boyle directs and serves as executive producer on the series, which was created and co-written by Craig Pearce.

The first trailer for Pistol is officially here! (Picture: FX) 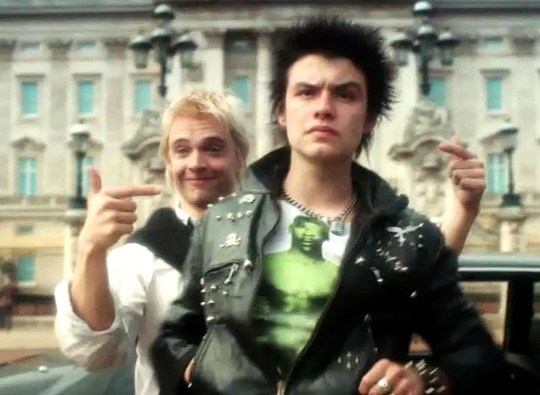 The trailer begins with Jones declaring: ‘We’re going to kick this country awake if it kills us.’

Boon’s Lydon then informs his bandmates that ‘the monarchy has stolen our future’ before we hear Williams’ Jordan announce the start of ‘a youth revolution’.

The clip also features chaotic scenes of the Pistols performing and signing their contract with A&M outside Buckingham Palace. 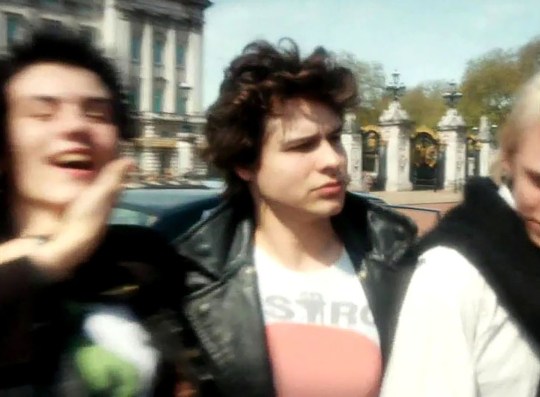 Pistol is landing on Disney+ next month (Picture: FX)

According to Disney+’s synopsis, the six-parter will ‘guide us through a kaleidoscopic telling of three of the most epic, chaotic and mucus-spattered years in the history of music’.

It adds: ‘This is the story of a band of spotty, noisy, working-class kids with “no future,” who shook the boring, corrupt Establishment to its core, threatened to bring down the government and changed music and culture forever.’

Meanwhile, it was confirmed over the weekend that punk rock icon Pamela Rooke, also known as Jordan, has died aged 66.

Her partner Nick wrote on Brighton and Hove News: ‘She died peacefully a stone’s throw away from the sea in her home town of Seaford, East Sussex in the company of her loving family at 9pm last night (Sunday 3 April) …

‘After a short period of illness, she succumbed to a relatively rare form of cancer known as cholangiocarcinoma (bile duct cancer). Jordan was a wonderful woman and will be remembered for countless decades to come.’

Jordan worked at Westwood’s boutique Sex, managed acts such as Adam and the Ants, and was inspiration for film-maker Derek Jarman.

Pistol is set to release on Disney+ on May 31.