SO moved by the Ukrainian humanitarian crisis, Pink Floyd have made their first new music since 1994.

Pink Floyd have made their first new music since 1994, in order to support UkraineCredit: Supplied 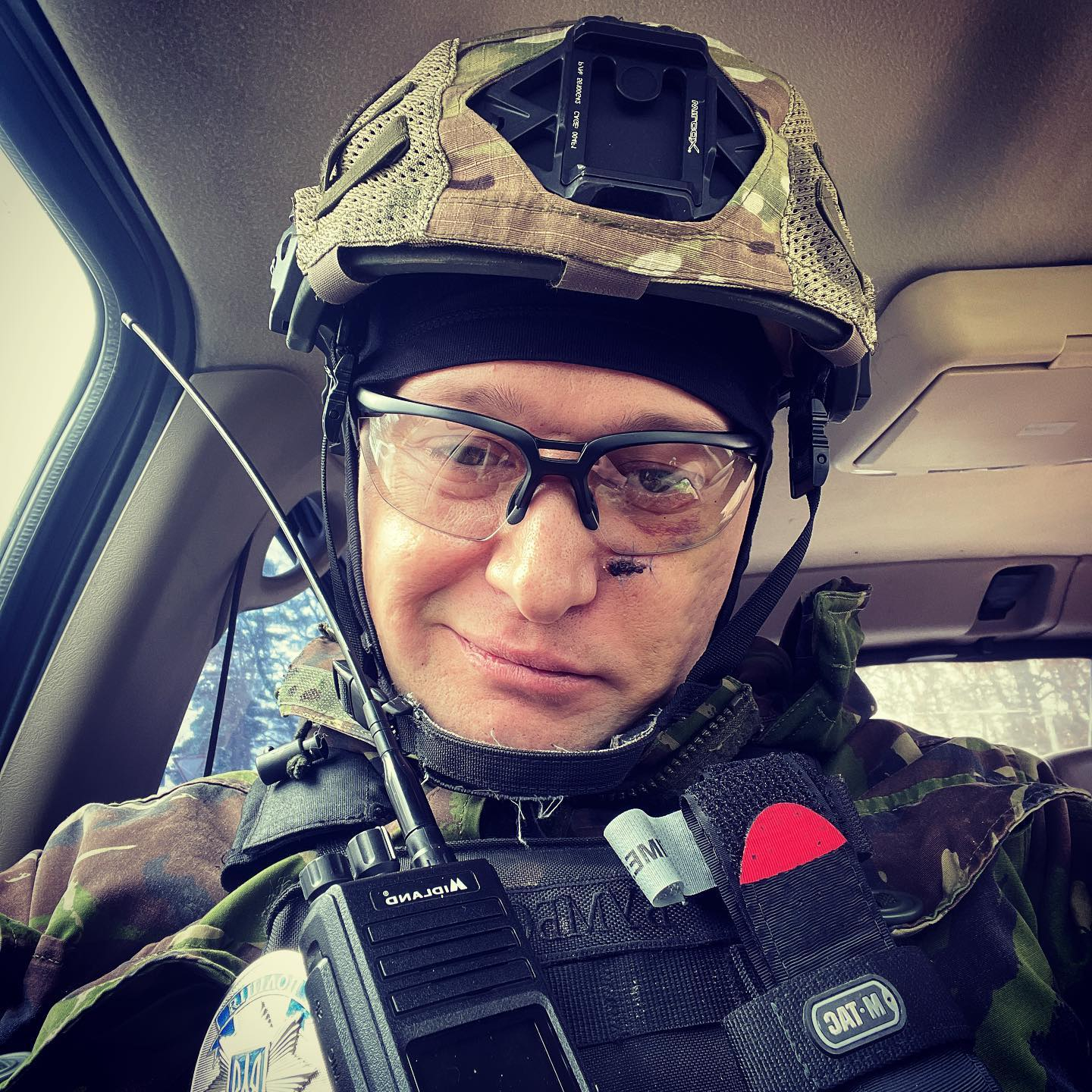 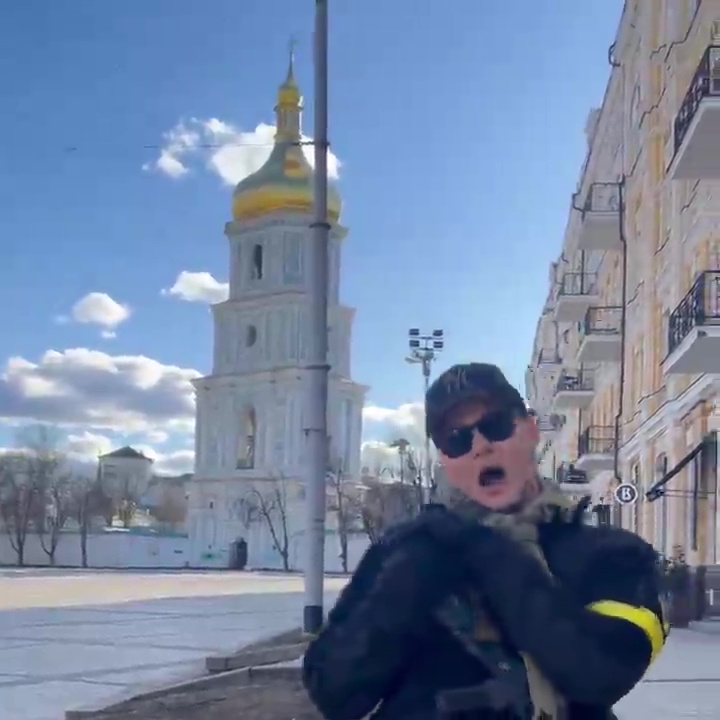 There’s a deeply personal reason for the unlikely Floyd reunion… singer and guitarist David Gilmour’s daughter-in-law and grandchildren are Ukrainian.

The 75-year-old says: “We, like so many, have been feeling the fury and the frustration of this vile act of an independent, peaceful democratic country being invaded and having its people murdered by one of the world’s major powers.

“I hope the song will receive wide support and publicity. We want to raise funds for humanitarian charities, and raise morale.”

Although Pink Floyd released The Endless River in 2014 as a tribute to Rick Wright, the keyboard player who died from cancer in 2008, that final album was constructed from The Division Bell out-takes featuring Wright. 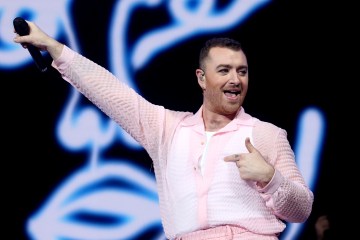 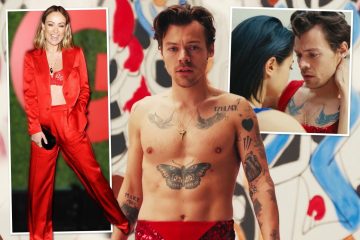 Hey Hey Rise Up represents the first totally new Floyd composition in 28 years from the band behind classic albums The Dark Side Of The Moon, Wish You Were Here and The Wall.

The line-up for the track is core members Gilmour and drummer Nick Mason, who are joined by long-time associate Guy Pratt on bass and solo artist Nitin Sawhney on keyboards.

For the song, however, Gilmour hands vocal duties to astonishing performance by Andriy Khlyvnyuk, of Ukrainian band Boombox.

It is taken from his Instagram post, filmed in Kyiv’s Sofiyskaya Square, showing Andriy in full combat gear singing a rousing Ukrainian protest song called The Red Viburnum In The Meadow.

Already a focal point for the outrage across the globe, the song was originally written during the First World War.

Gilmour explains the background to the recording, which took place in his barn studio last Wednesday (March 30) as Khlyvnyuk lay in a Kyiv hospital bed recovering from a mortar shrapnel wound.

He says: “In 2015, I played a show in London in support of the Belarus Free Theatre, whose members have been imprisoned. Pussy Riot and the Ukrainian band, Boombox, were also on the bill.

“They were supposed to do their own set, but singer Andriy had visa problems, so the rest of the band backed me for my set – we played Wish You Were Here for Andriy that night.

“Recently I read that Andriy had left his American tour with Boombox, had gone back to Ukraine, and joined up with the Territorial Defense.

“Then I saw this incredible video on Instagram, where he stands in a square in Kyiv with this beautiful gold-domed church and sings in the silence of a city with no traffic or background noise because of the war.

“It was a powerful moment that made me want to put it to music.” 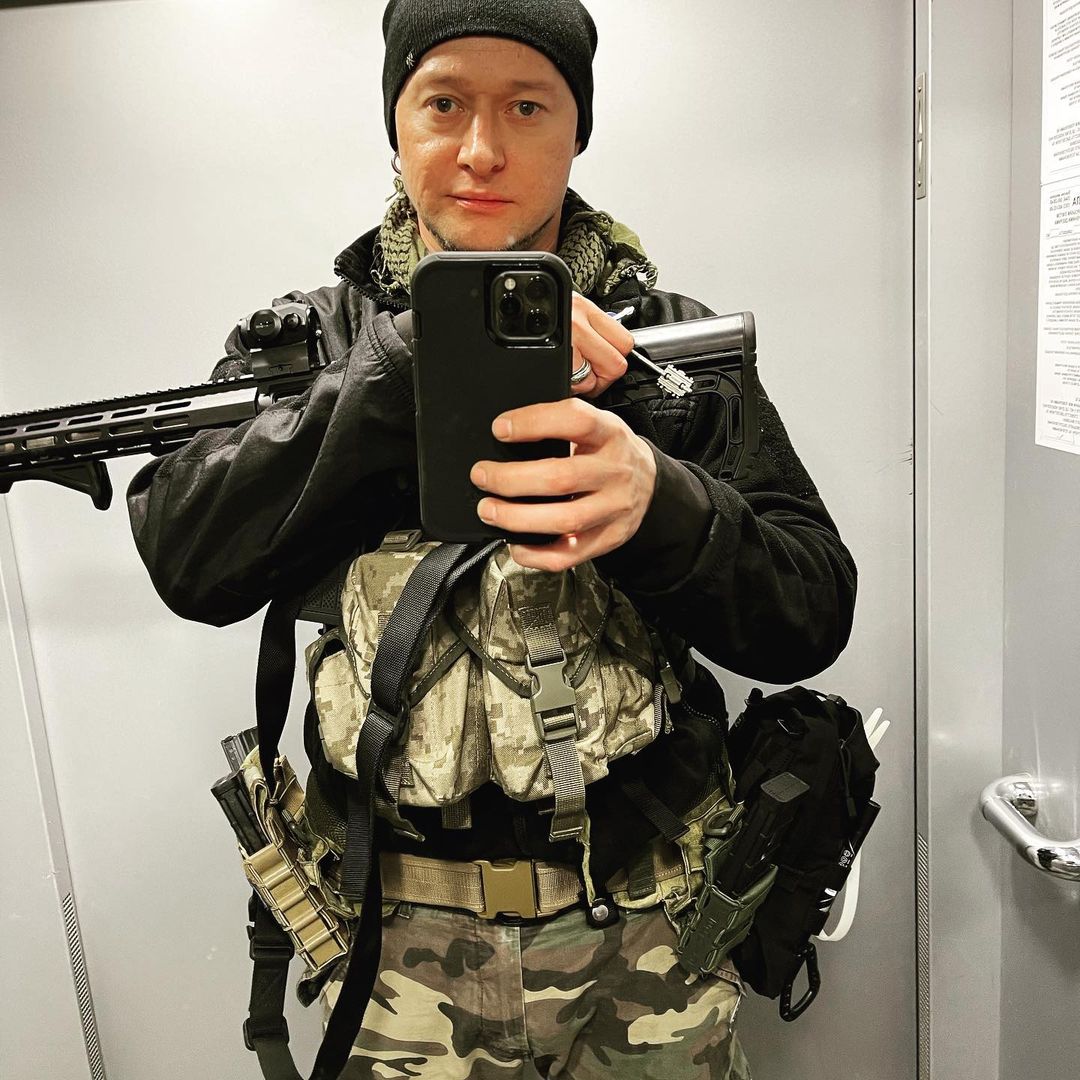 Andriy had left his American tour with Boombox and gone back to Ukraine to defend his countryCredit: Instagram 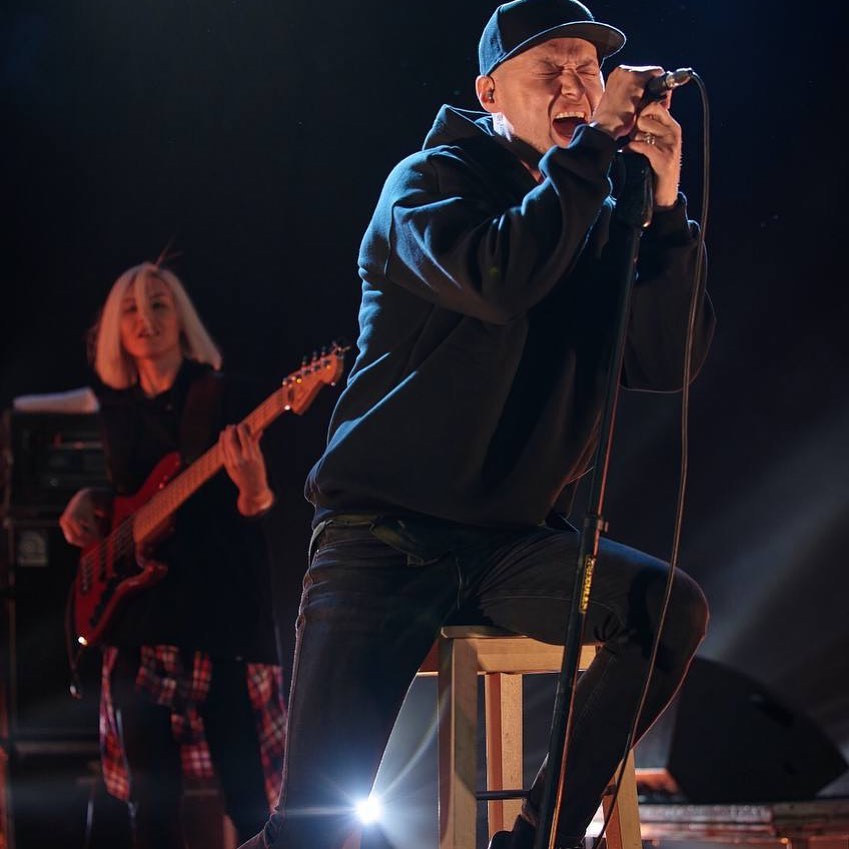 While writing the music for Hey Hey Rise Up, Gilmour managed to speak to Andriy – who had suffered a shrapnel wound, in hospitalCredit: Instagram 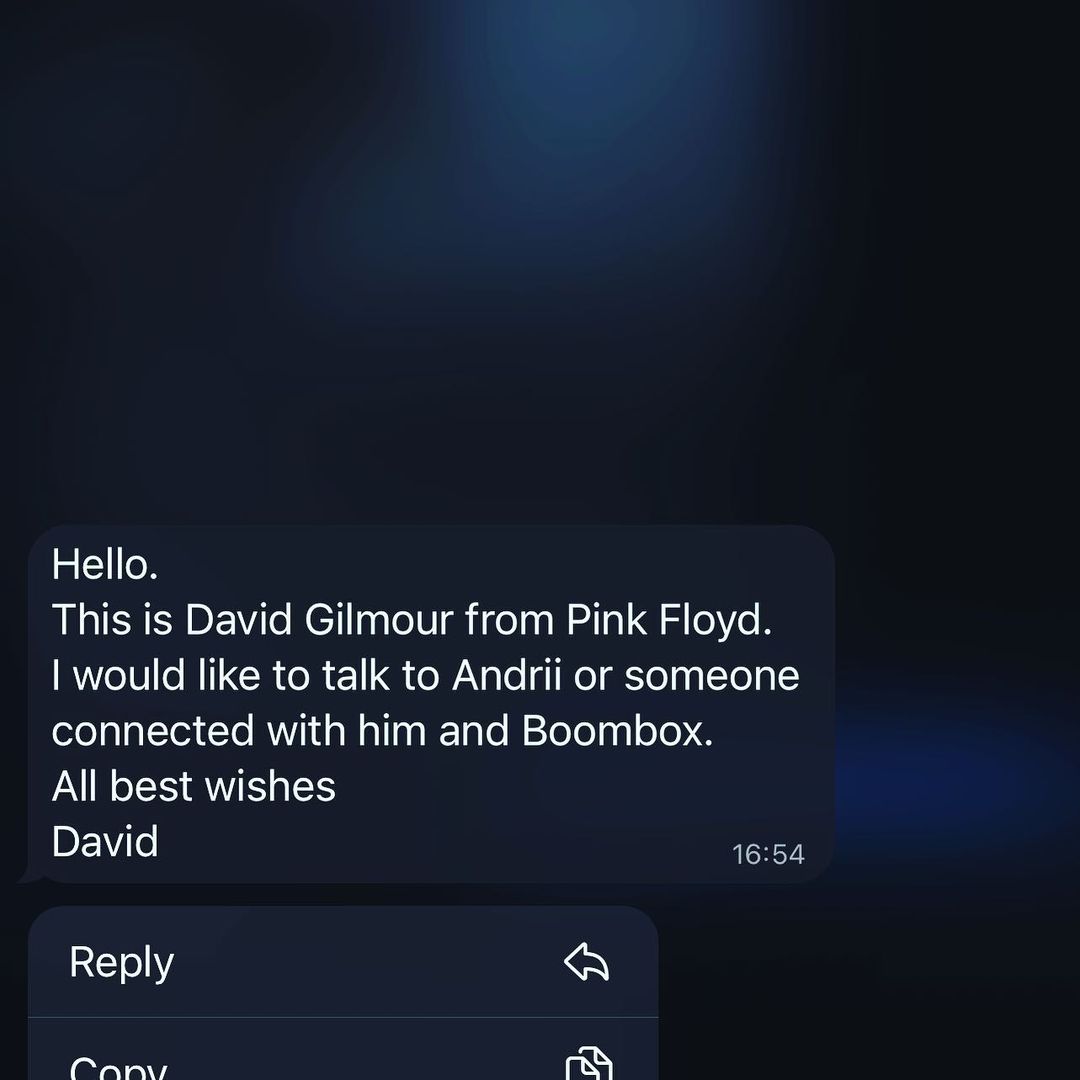 The band reached out to Andrii after seeing him perform on InstagramCredit: Instagram

The striking artwork for Hey Hey Rise Up features a painting of Ukraine’s national flower, the sunflowerCredit: Not known, clear with picture desk

While writing the music for Hey Hey Rise Up, Gilmour managed to speak to Andriy in hospital.

“I played him a little bit down the phone line and he gave me his blessing. We both hope to do something together in person in the future.”

The accompanying video was filmed by director Mat Whitecross on the same day as the track was recorded.

It was shot in the barn where the Gilmour clan did their “Von Trapped Family” live streams during lockdown. (Worth checking out for talented family members and the chickens.)

Gilmour elaborates further on the momentous session: “Janina Pedan made the set in a day and we had Andriy singing on the screen while we played, so the four of us had a vocalist, albeit not one who was physically present with us.”

The striking artwork for Hey Hey Rise Up features a painting of Ukraine’s national flower, the sunflower, by Cuban artist Yosan Leon.

It is a direct reference to the woman seen around the world giving sunflower seeds to Russian soldiers and telling them to carry them in their pockets so that when they die, sunflowers will grow.

Gilmour had already served notice of his strong feelings about the plight of Ukrainians in the early days of the war.

He took to Twitter to say to Russia: “Stop killing your brothers. There will be no winners in this war

“My daughter-in-law is Ukrainian and my grand-daughters want to visit and know their beautiful country. Stop this before it is all destroyed.”

He ended the message with: “Putin must go.”

Then, on March 11, he announced that all Pink Floyd’s music, recorded post 1987, and all of his solo recordings would be removed from streaming services in Russia and Belarus.

Finally, it’s worth pointing out that original member Roger Waters, who left in 1985 but joined the momentous Live8 reunion in 2005, is not involved in the new song. 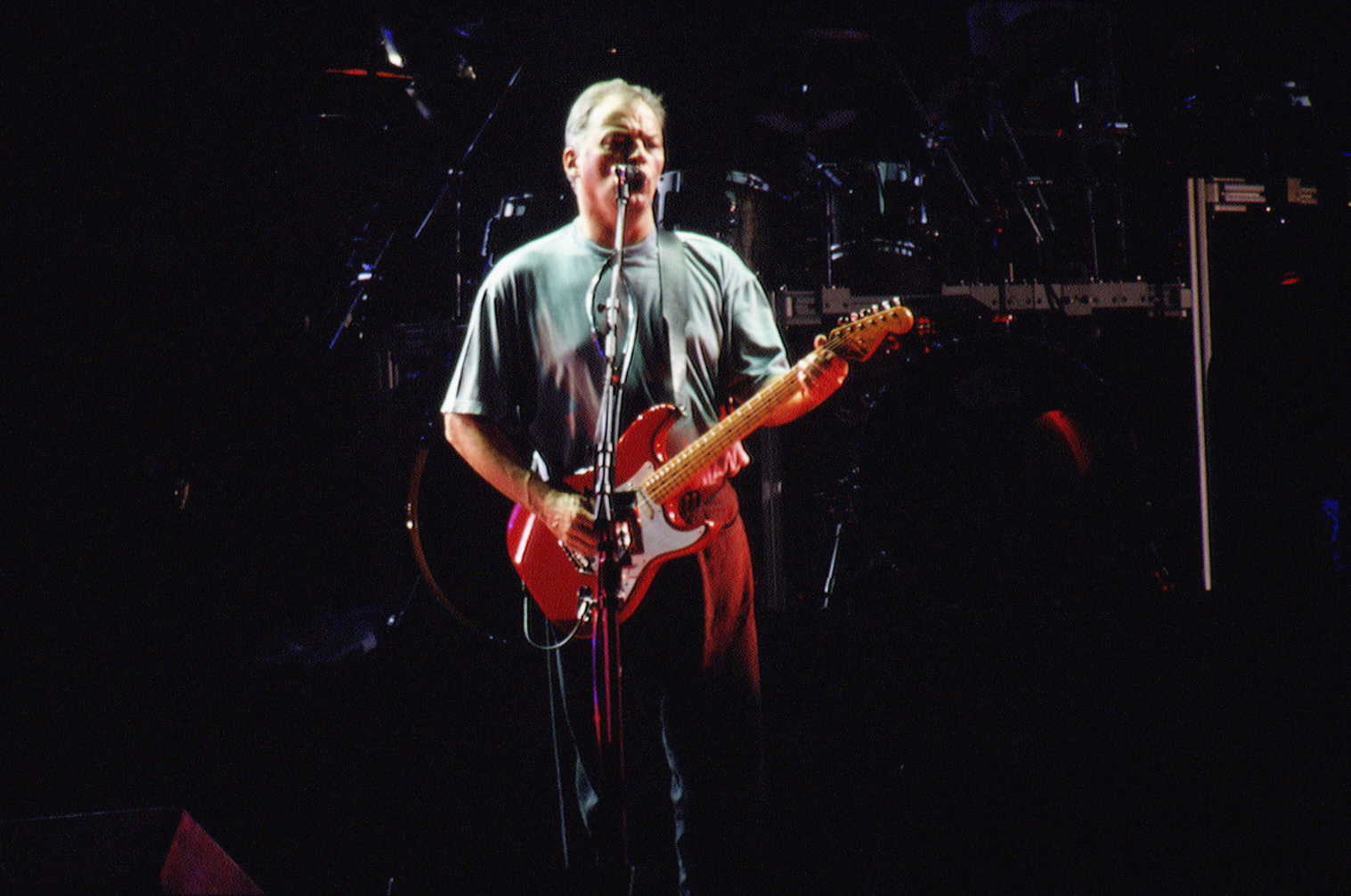 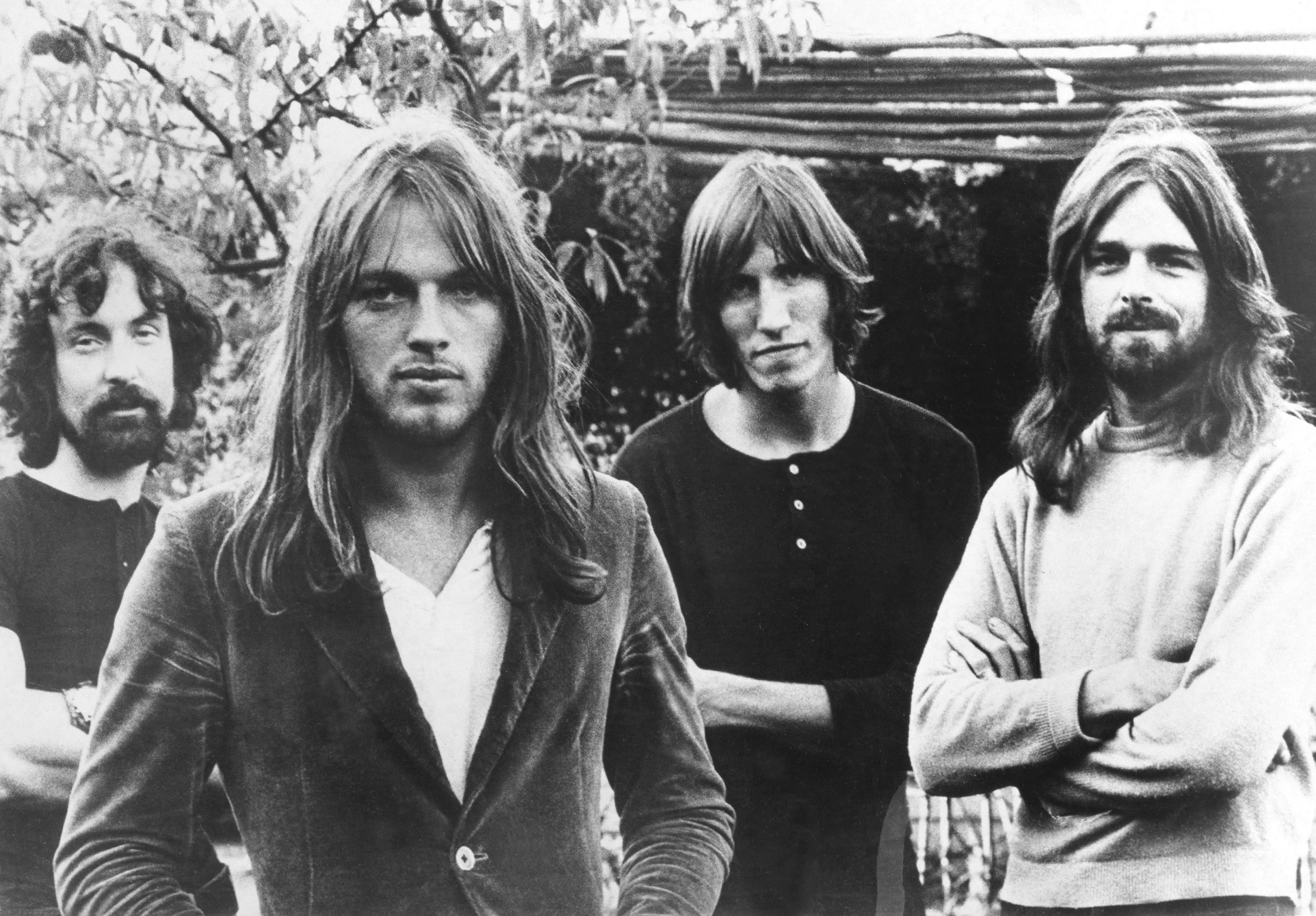 The band in their 1970s heydayCredit: Getty