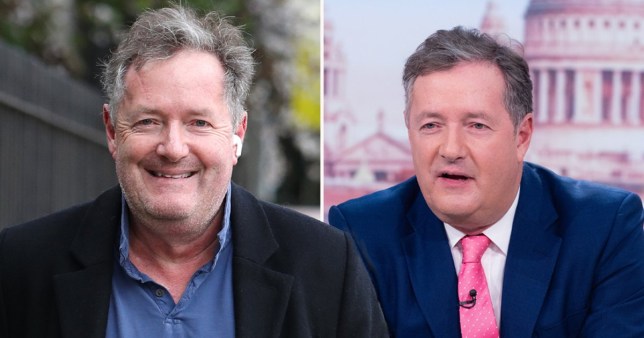 Piers Morgan has ruled out ever returning to Good Morning Britain, despite almost 200,000 people signing petitions for his return.

The presenter, 55, stepped down from his role on the show after backlash for his comments about Meghan Markle in her interview with Oprah Winfrey.

He announced that he did not believe her claims of feeling suicidal and disagreed with her alleging that a member of the Royal family had expressed ‘concerns’ about the colour of her son Archie’s skin before he was born.

It’s claimed that the reason for Piers’s resignation was that he refused to issue an apology to Meghan on-air for his comments, choosing to walk away instead.

Commenting on the multiple petitions for his return to GMB, which totalled over 190,000 cumulative signatures, he ruled out coming back.

He tweeted: ‘I won’t be going back, but thanks to everyone who has signed these petitions. Normally, people start petitions to have me fired or deported, so this is a pleasant surprise.’

Piers ruled out going back to the show (Picture: Twitter)

Piers’s comments had sparked 41,000 complaints to Ofcom and a formal complaint to ITV from Meghan herself, before his departure was announced.

ITV had released a statement to say: ‘Following discussions with ITV, Piers Morgan has decided now is the time to leave Good Morning Britain.

‘ITV has accepted this decision and has nothing further to add.’

Piers’s comments and his on-air argument with Alex Beresford about his opinions on Meghan had also resulted in him storming off from his seat on live television.

While many expressed disapproval at his words, some of Piers’s celebrity friends, including Sharon Osbourne, spoke out in support of him.

Sharon also ended up facing backlash for a heated discussion with The Talk panellist Sheryl Underwood in which she ‘demanded’ that racism be defined to her.