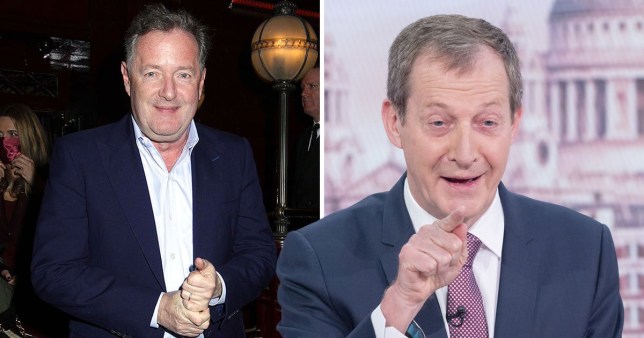 Piers Morgan has roasted Alastair Campbell after the presenter wrongfully announced that the Queen had died, and it was only a matter of time.

During his stint hosting Good Morning Britain last week, Alastair accidentally said the Queen had died while mistaking her for Prince Philip who died in April.

Of course, Alastair was temporarily filling in next to Susanna Reid after Piers quit GMB in March.

Reacting to the almighty on-air blunder, Piers wrote in his latest Daily Mail diary: ‘I haven’t seen a face so crushed since this morning when Alastair Campbell sealed his brief GMB presenting stint with a grovelling apology for mistakenly telling viewers the Queen had died.’

He then joked: ‘Ironically, this worst gaffe in breakfast show history may have killed off hapless Al’s scheming aspirations to be the new me. I’d give him a consoling hug, if it was allowed.’

Piers was referring to his self-imposed hug ban that he says he’ll continue once coronavirus pandemic restrictions ease on Monday.

GMB viewers were gobsmacked when Alastair said the Queen had died last Wednesday.

Interviewing Vinnie Jones for Mental Health Awareness Week, the broadcaster said: ‘We talked a lot about Prince Philip after the death of the Queen.’

Alastair soon realised his mistake and interrupted the interview to clarify: ‘Can I just say something, I think I may have accidentally announced the death of the Queen. I meant Prince Philip of course.’

‘I think people understood exactly what you meant,’ Susanna reassured. 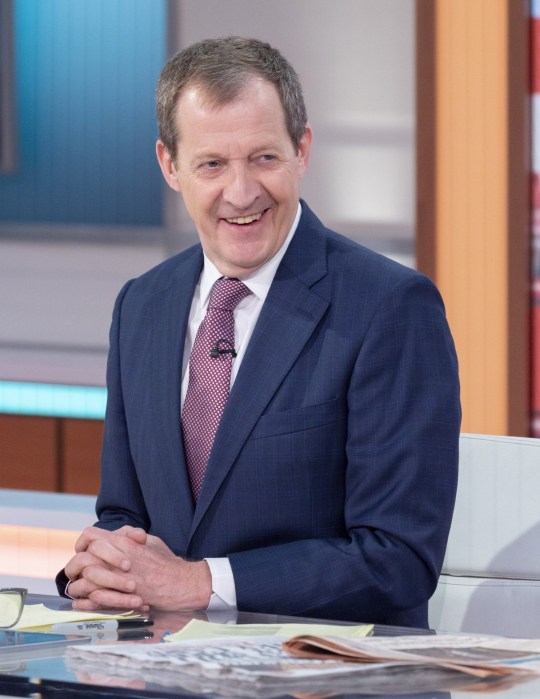 Piers was previously supportive of Alastair joining the GMB crew and wrote in his column: ‘I’ve known Alastair for donkey’s years and, despite numerous bust-ups, always got on well with him.

‘He’s also a properly trained and very experienced journalist, which I think every news show presenter should be. So, I wish him well.’

However, the two got into a Twitter spat just days later when Piers blasted celebrity ‘mental health campaigners’, who he accused of making money from ‘exploiting their myriad problems’.

The post clearly struck a nerve with Alastair, who fired back in a lengthy Twitter thread: ‘If you mean me – and I have a charity account which takes a share of my earnings, which go to causes we believe in, mainly mental health and education for poorer children. I do paid speaking gigs and often ask for fees to be paid to charity.’

Piers then quipped back: ‘No, I was talking about celebrities.’