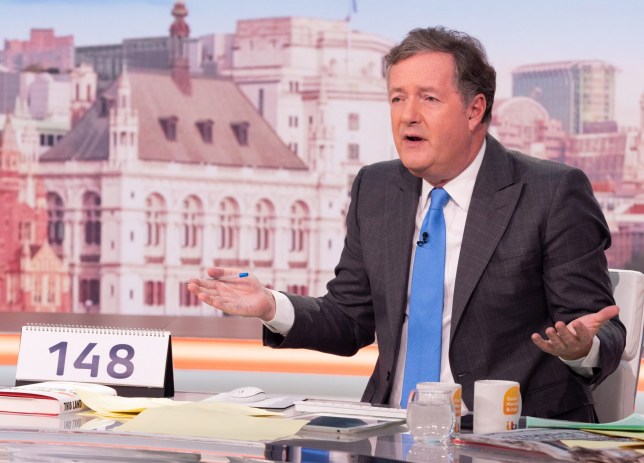 The presenter departed the ITV show this week after six years, after he received 41,000 Ofcom complaints over his comments about Meghan Markle.

However, it’s not the first time he’s spoken about quitting – in fact, he’s made quite a habit of it over the years.

In 2017, he joked on Twitter that he would quit after it was announced that Love Island stars Kem Cetinay and Amber Davies would be given a slot on GMB.

Then, in 2018, he told OK! Magazine of his role on the programme: ‘I threatened to quit a couple of times.

‘[Now] I get more time off. GMB seems to be successful. So I said you can have me a little bit less, which might be quite popular, and they were prepared to do that, so I was happy to stay.’

Months later, when the show poked fun at him on the official Twitter account, Piers again joked he’d quit the show.

Then, during an episode of GMB in 2020, Piers read out a message from a fan which said: ‘I thought I heard you state you’re leaving at the end of the year.

He then responded saying: ‘I’m not,’ before adding: ‘Leaving next year? Possibly.’

Of course, the 55-year-old’s previous comments were all in jest, but he did end up quitting this week after facing widespread backlash over his comments on the show, including that he didn’t believe Meghan when she said she was suicidal.

Later clarifying his comments, he said: ‘ ‘If somebody is feeling that way, they should get the treatment and help they need every time.

‘If they belong to an institution like the royal family, and they go and seek that help, they should absolutely be given it.

‘It’s not for me to question whether she felt suicidal. I wasn’t in her mind and that’s for her to say.

‘My real concern was a disbelief, frankly, and I’m prepared to be proven wrong on this, and if I’m wrong, it’s a scandal, that she went to a senior member of the royal household, told them she was suicidal, and was told she could not have any help because it would be a bad look for the family.

‘If that is true, A: that person, if they’re still there, should be fired, and B: the royal family have serious questions to be answered about how they handled it.’