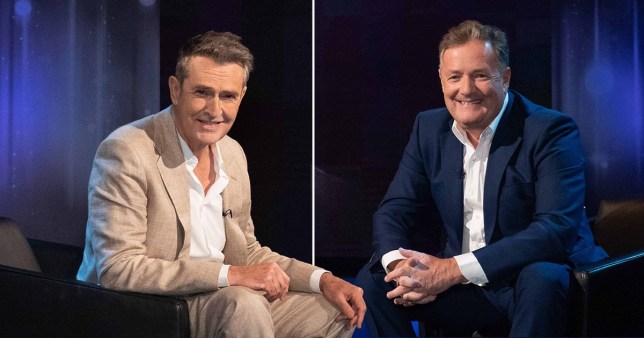 Piers Morgan is not prepared to let bygones be bygones with Rupert Everett just quite yet, having confronted the actor about past comments he made comparing his penis to a budgie.

Tonight, Rupert, 61, will become the latest celebrity to sit in the hot seat on Piers Morgan’s Life Stories, where he will divulge details about his career, relationships with fellow stars including Madonna and Colin Firth and regularly being mistaken for Hugh Grant.

Piers, 55, will also take the opportunity to go on a trip down memory lane with Rupert, reminding him of the insults he blasted his way several years ago.

For tonight’s show, the Good Morning Britain co-presenter read an extract from an article in The Guardian from September 2012, in which Rupert was quoted as saying: ‘To me, Piers Morgan was a person who reminded me exactly of all the people I was terrified of at school. I don’t like how he is. He takes it too seriously. He’s a killer. He’s pathological.’

Continuing to read the quotes, Piers said: ‘He’s kind of slobby and elephantine’, before laughing and stating: ‘It gets better, he then brought my wife into it.’

‘But I can’t imagine him with poor Celia,’ Piers read from the article. ‘She’s gorgeous and very funny. I mean she deserves to be f***** by a God. I’ve always imagined him to be hung like a budgie underneath it all.’ 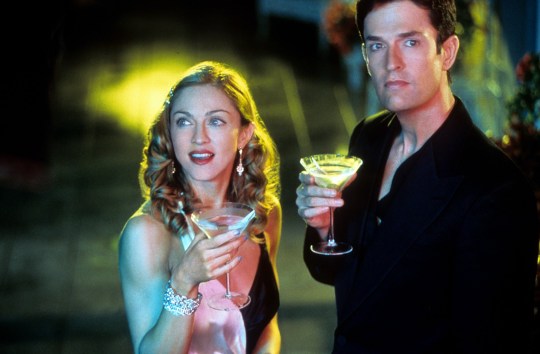 Rupert will discuss his relationship with Madonna with Piers (Picture: Warner Brothers/Getty Images)

After being told by Piers that ‘this is your chance to show some repentance’, the My Best Friend’s Wedding star added: ‘I do repent, Wholeheartedly. Of course, I feel terrible. I mean, hung like a budgie was funny. I think.’

Piers retorted that ‘maybe the brilliance of your writing and your rhetoric’ is that he can make cutting remarks about people, adding: ‘You’re very observant.’

Rupert then quipped: ‘I must say I find in these trousers, I look like I’m hung like a budgie.’

During tonight’s interview, Rupert will also address past comments he made about Madonna, when he called her an ‘old whiny barmaid’.

Having clarified to Lorraine Kelly in December that he and Madonna are friends, Rupert told Piers that he originally meant the infamous remark as a ‘compliment’.