The former football is opening up for the new doc (Picture: Bryn Lennon/Getty Images)

The new BBC film will take a hard-hitting look at how betting companies have a hold on the sport, according to the Mirror.

Paul has spoken openly in the past about his addiction to betting.

During an emotional appearance on ITV’s Harry’s Heroes in 2019, the former Arsenal and England player revealed he had gambled away more than £7million in the past three decades.

During that series, the 53-year-old also revealed he had not beaten his addiction.

However, the footballer has tackled his issues with both gambling and alcohol over more recent times after seeking professional help.

With many professional football sides sponsored by betting companies, the new documentary will explore the relationship between gambling and fans of the sport.

‘If this film helps just one other person affected by the issue of problem-gambling, it’s been worthwhile,’ Paul said.

Speaking on Harry’s Heroes: Euro Having a Laugh in 2020, Paul said: ‘The impact of being on the team… it’s saved my life. I was drinking at least 35 pints a week and gambling, but I’m sober and bet free now. 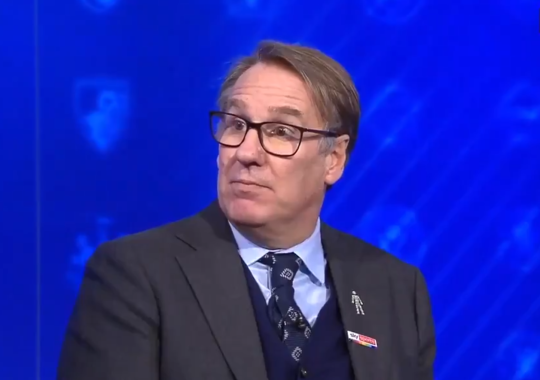 Paul is known for his work as a pundit on Sky Sports (Picture: Sky)

‘As soon as I addressed the drinking, that [the gambling] kicked in a little – if I don’t drink, I don’t gamble.’

He admitted: ‘I’ve come to realise I am powerless over alcohol. I’m an alcoholic. I have a disease – and it is a disease.

Metro.co.uk has reached out to the BBC for comment.