Initial reports said Gazza, 53, was ”not seriously hurt” but had been rushed to a medical centre for x-rays and a check up. 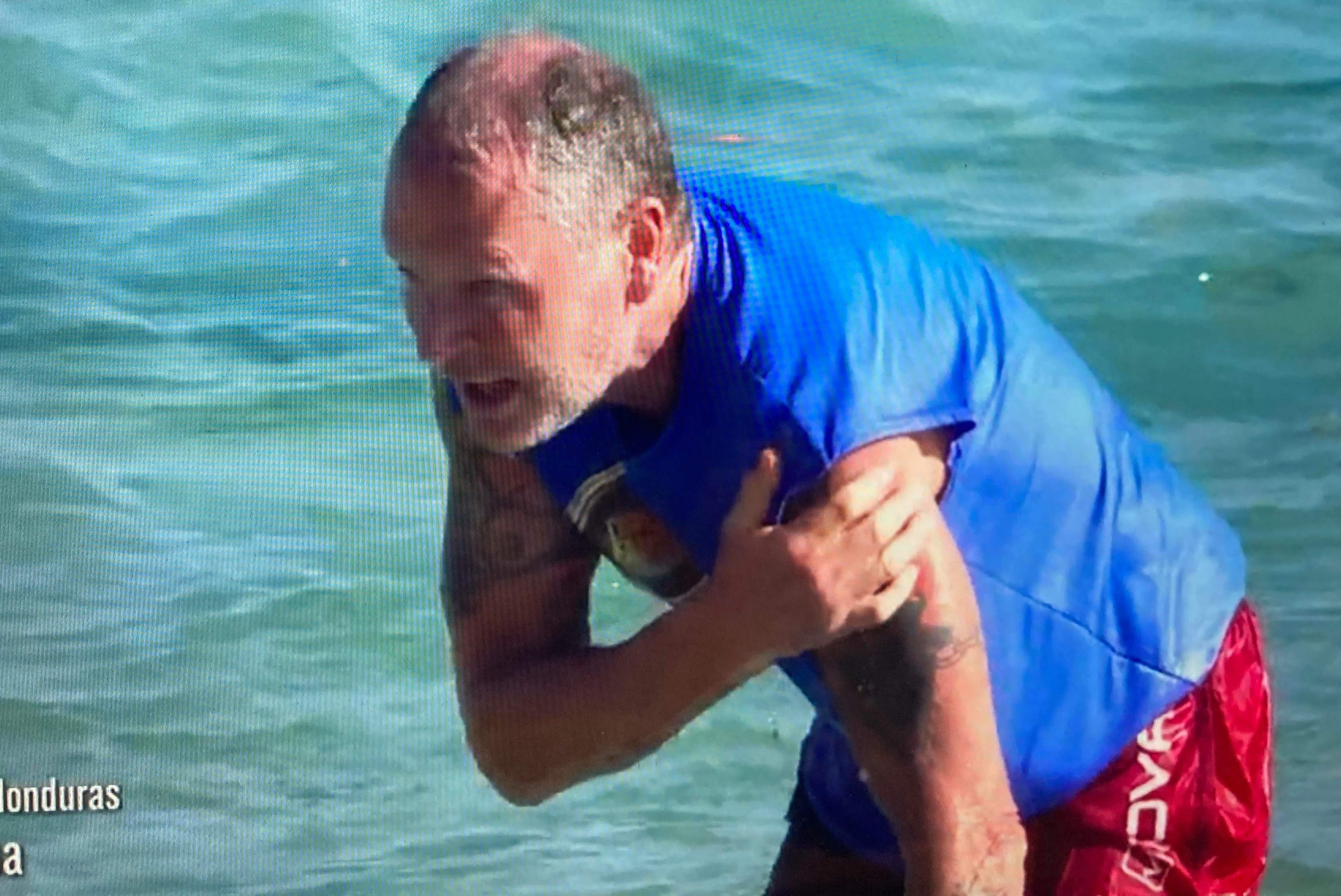 Paul Gascoigne injured his shoulder on I’m A Celebrity

The former Newcastle and Spurs star had just taken part in a trial only minutes into the show for a special treat of spaghetti with meatballs when he was hurt.

For the trial Gazza had to grab a ball, scramble through a ditch and then wade under a cargo net before climbing a platform to score through a basketball hoop.

Host Ilary Blasi was the first to spot something was wrong and said:”What’s happened to Paul, he looks in trouble ?”

As the camera panned back to him a grimacing Gazza could be seen standing in the sea, holding his shoulder clearly in pain. 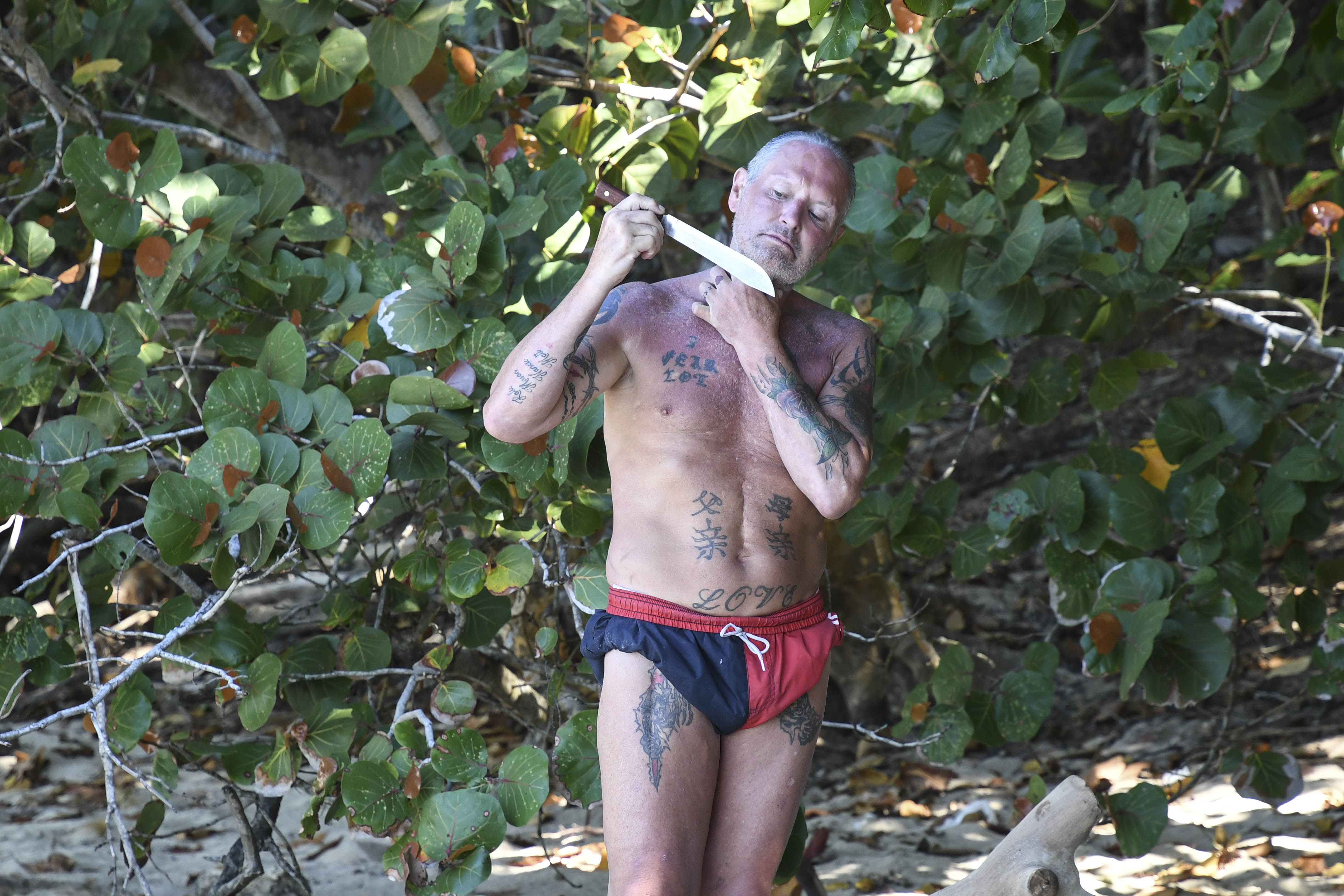 The football legend is filming the Italian version of the hit showCredit: Splash

Italian Strictly winner Gilles Rocca was then seen putting his arm around him as he led him off camera to a waiting medical team.

Minutes later the show cut back to Cayos Cochinos, an island off the coast of Honduras, where co host Massimiliano Rosolino told viewers:”Paul is with the medics but the initial view is that he is not seriously hurt.”

Just before he hurt himself a clip had been played where Gazza was seen fishing but catching nothing – only for team mate Francesco Lodo to pull a fish from the sea leaving her delighted. 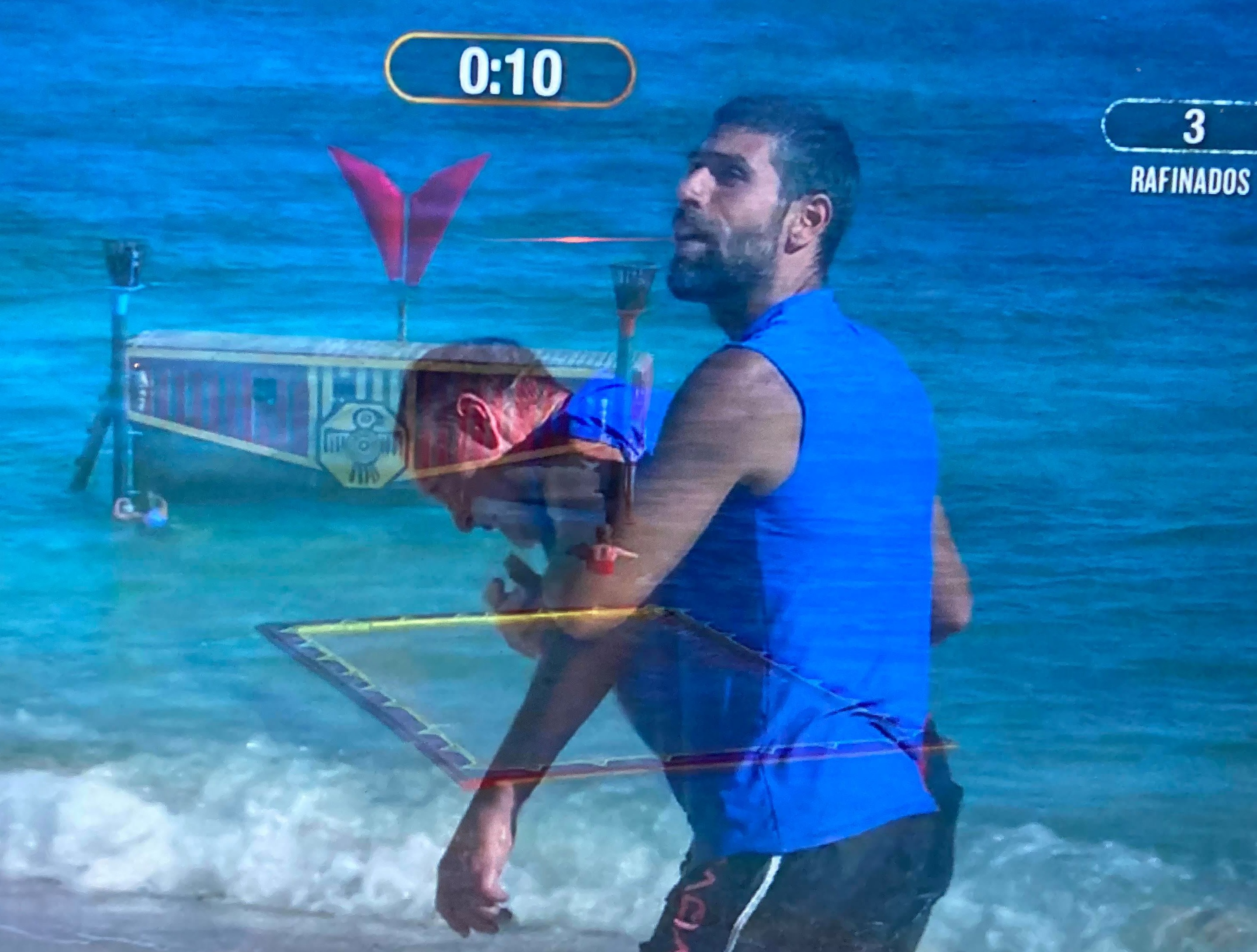 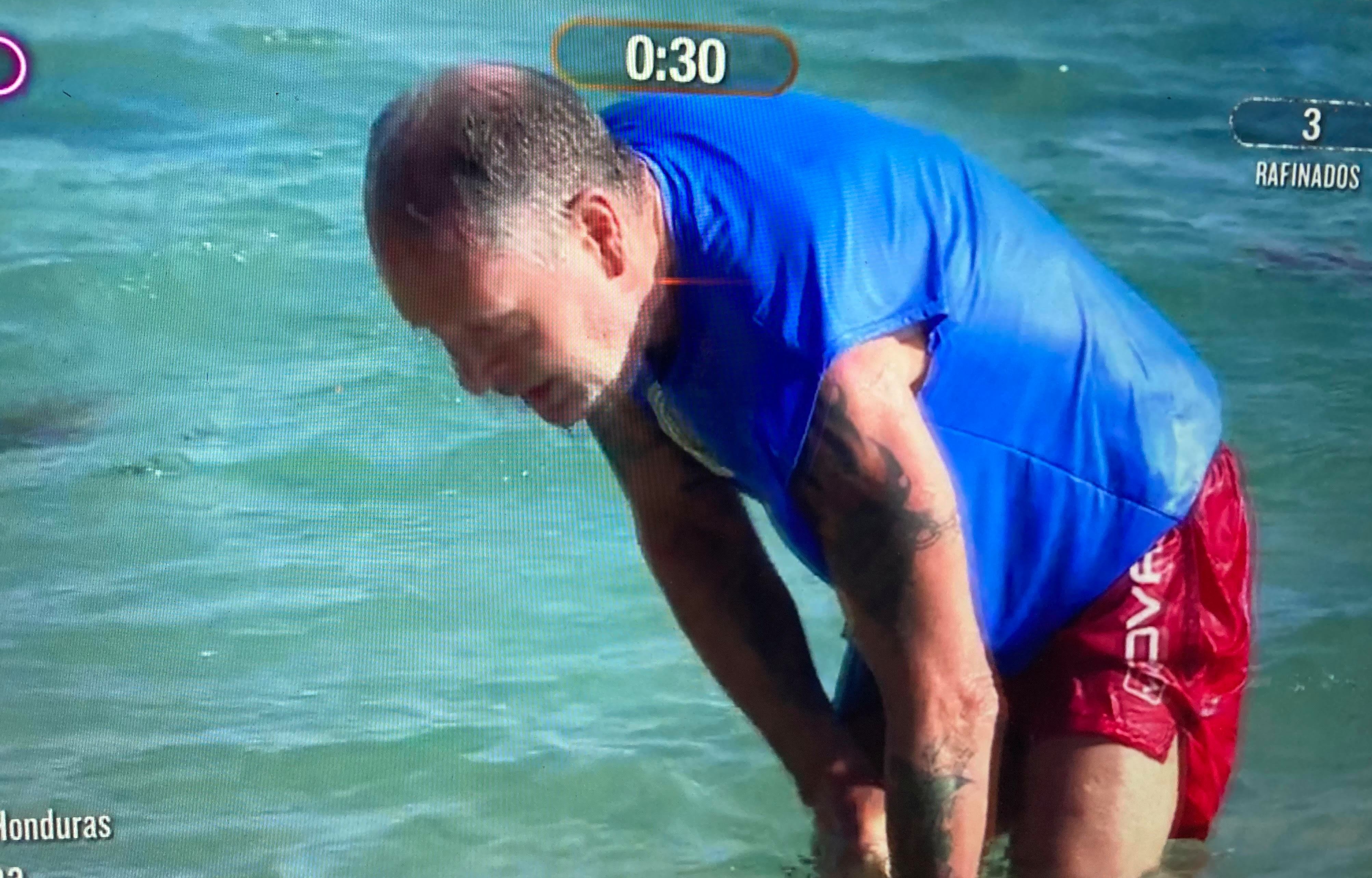 He looked in pain 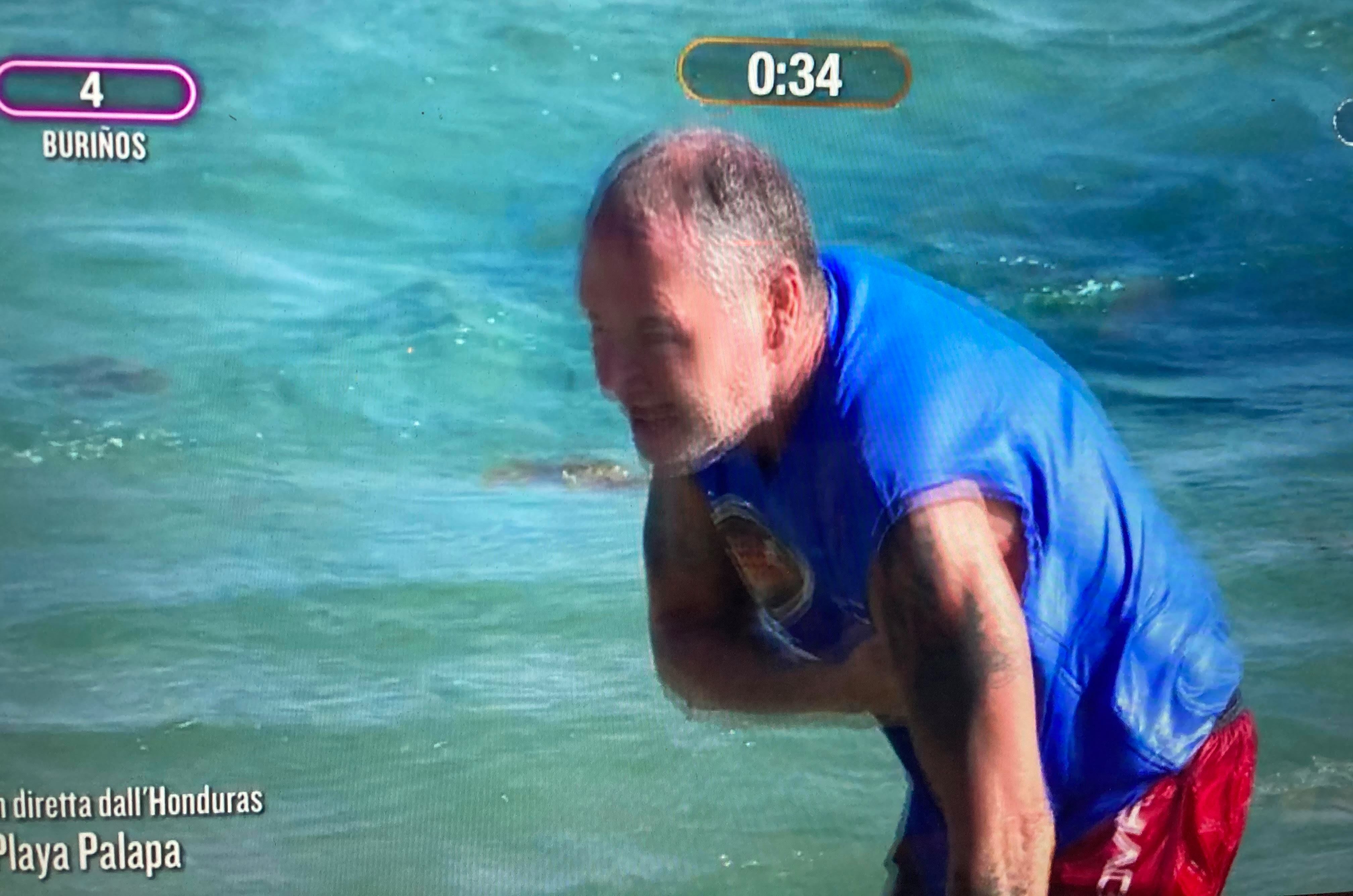 She joked:”Paul Gascoigne, no fish, Francesca Lodo one.”

Gazza was not seen again for the rest of the show and missed the nominations for last night’s episode. 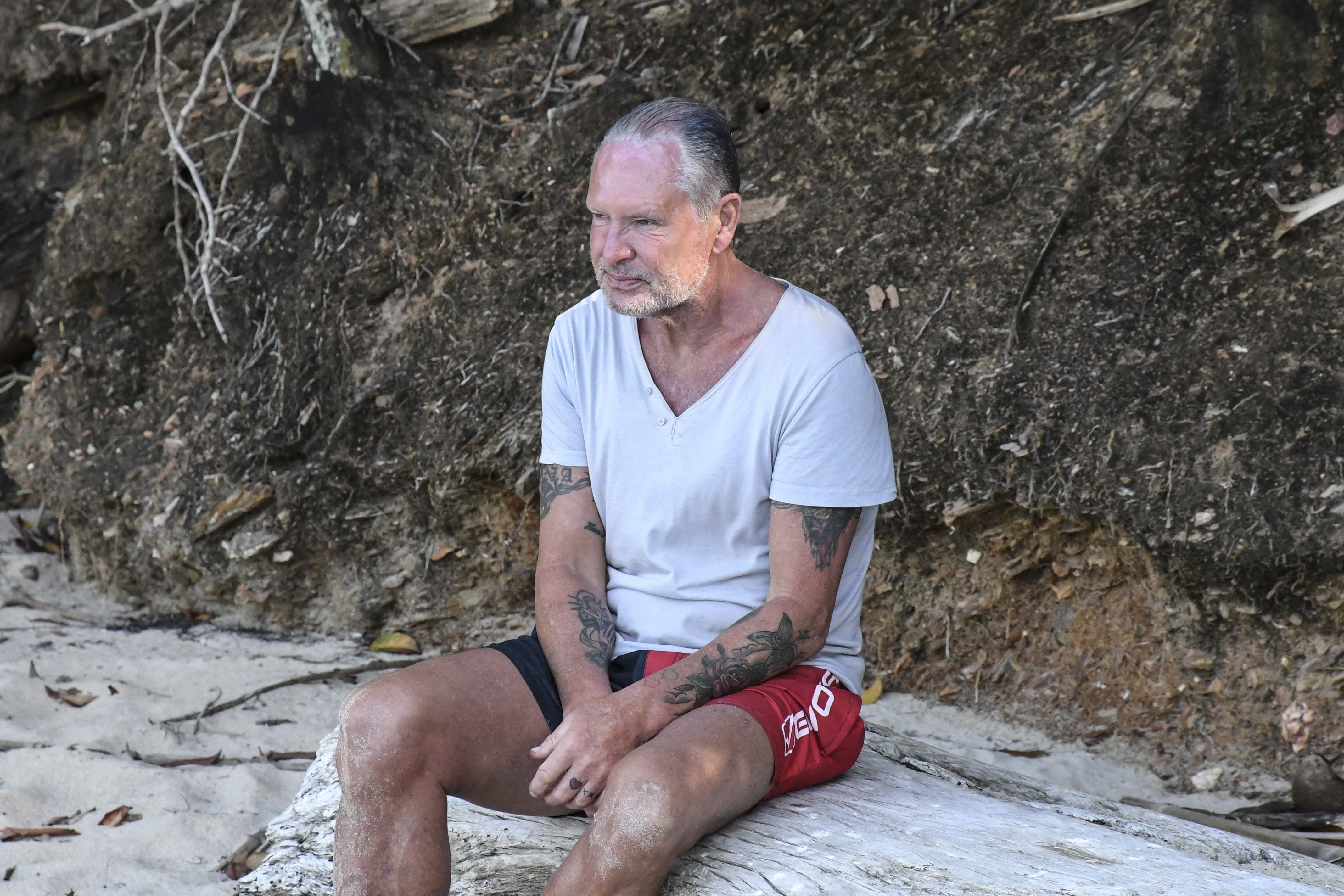 Gazza went missing for the rest of the show last nightCredit: Splash

In 1991 he suffered a serious knee injury – which delayed his transfer to Italian club Lazio and three years later he broke his leg.

He has also fought alcohol and drug addiction and passed a series of tough mental and physical tests before being accepted on the show which is called Isola dei Famosi (Island of the famous).