Family first. Patrick Schwarzenegger stood by Chris Pratt‘s side after his brother-in-law was dubbed the “worst Hollywood Chris.”

The Midnight Sun star, 27, told Variety on Friday, November 13, that he isn’t impressed with the negative commentary on Twitter.

“It’s crazy. Twitter is a junkyard, right?” Schwarzenegger said. “I mean, every day there’s something. People are calling out this person or that person, or let’s get mad at this person. People are so focused on putting other people down to make themselves feel better. It’s sad, honestly.” 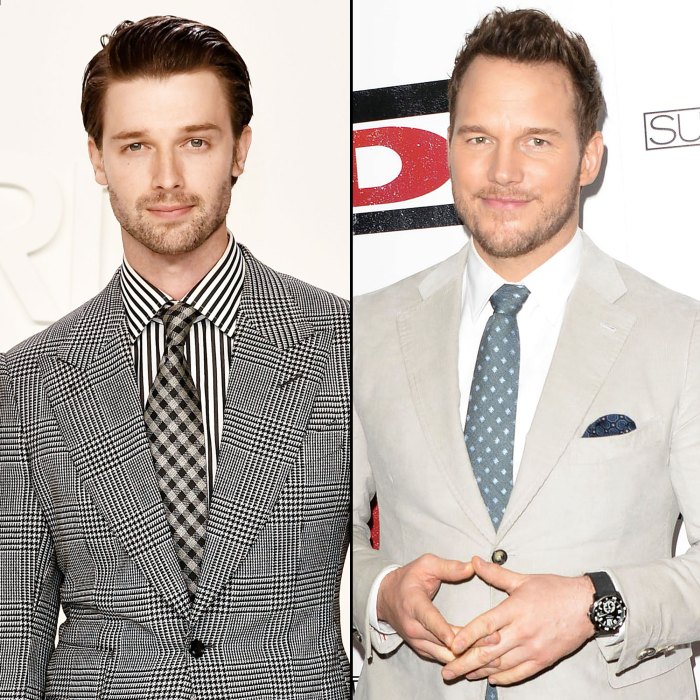 He continued, “Chris is pretty strong-boned. I don’t think anything really hits him deep down. I messaged him, and just mostly was like, ‘I hope you’re not taking this seriously.’ I don’t really know what else to say.”

The son of Arnold Schwarzenegger and Maria Shriver added that Pratt, 41, could take a page out of his famous parents’ book.

“I think he can learn a thing or two from my dad or my mom,” Patrick said. “My dad was always adamant about not letting anybody else’s opinions mess with his drive or where he wanted to go. No matter what you’re doing in life, there’s are always going be people hating on you and wanting you to fail.”

Pratt made headlines in October after producer Amy Berg sparked a debate on Twitter asking which actor named Chris — Pratt, Chris Hemsworth, Chris Evans and Chris Pine — had to get the boot.

The Guardians of the Galaxy actor was the resounding choice after some commentators speculated that he supported President Donald Trump because he was not set to take part in an Avengers fundraiser for President-elect Joe Biden. Other people brought up his connection to Hillsong Church, which has been accused of being anti-LGBTQ.

Pratt’s wife, Katherine Schwarzenegger, defended her husband via Instagram and slammed people for taking part in the debate.

“Is this really what we need?” the Maverick and Me author, 30, wrote. “There’s so much going on in the world and people struggling in so many ways. Being mean is so yesterday.”

Katherine, who shares 3-month-old daughter, Lyla, with Pratt, added, “There’s enough room to love all these guys. Love is what we all need not meanness and bullying. Let’s try that. ?♥️.”

Pratt’s Avengers costars also rallied around the actor in the wake of the controversy. “You all, @prattprattpratt is as solid a man there is,” Mark Ruffalo tweeted. “I know him personally, and instead of casting aspersions, look at how he lives his life. He is just not overtly political as a rule. This is a distraction. Let’s keep our eyes on the prize, friends. We are so close now.”

Robert Downey Jr. jumped to Pratt’s defense, writing, “What a world… The ‘sinless’ are casting stones at my brother, Chris Pratt… A real Christian who lives by principle, has never demonstrated anything but positivity and gratitude, AND he just married into a family [the Kennedys] that makes space for civil discourse and (just plain fact) INSISTS on service as the highest value.”

The Iron Man star, 55, added, “If you take issue with Chris,,, I’ve got a novel idea. Delete your social media accounts, sit with your OWN defects of character, work on THEM, then celebrate your humanness… @prattprattpratt I #gotyerbackbackback.”