Lily James and Sebastian Stan may not be the obvious choices to star as Pamela Anderson and Tommy Lee in a biopic, but every single photo from the incoming biopic proves there really is no one who could do the chaotic couple more justice.

Each pic genuinely forces us to question whether it’s black magic or an incredible hair and makeup department behind each look. We’ll go with the latter.

For those not in the know, Lily has taken on the role of Pammy, 53, in an upcoming biopic, and there is no arguing the Downton Abbey star, 32, is the spitting image of the icon.

She is completely unrecognisable in the role as she joins forces with Avengers actor Sebastian, 38, who is stepping up as Tommy, 58.

Pam & Tommy tells the story of the Baywatch icon’s whirlwind romance to the Motley Crue’s wildman drummer, and the infamous theft of the sex tape they filmed on their 1995 honeymoon.

The tape was stolen from their home and was distributed online, becoming one of the internet era’s first celebrity sex tapes. 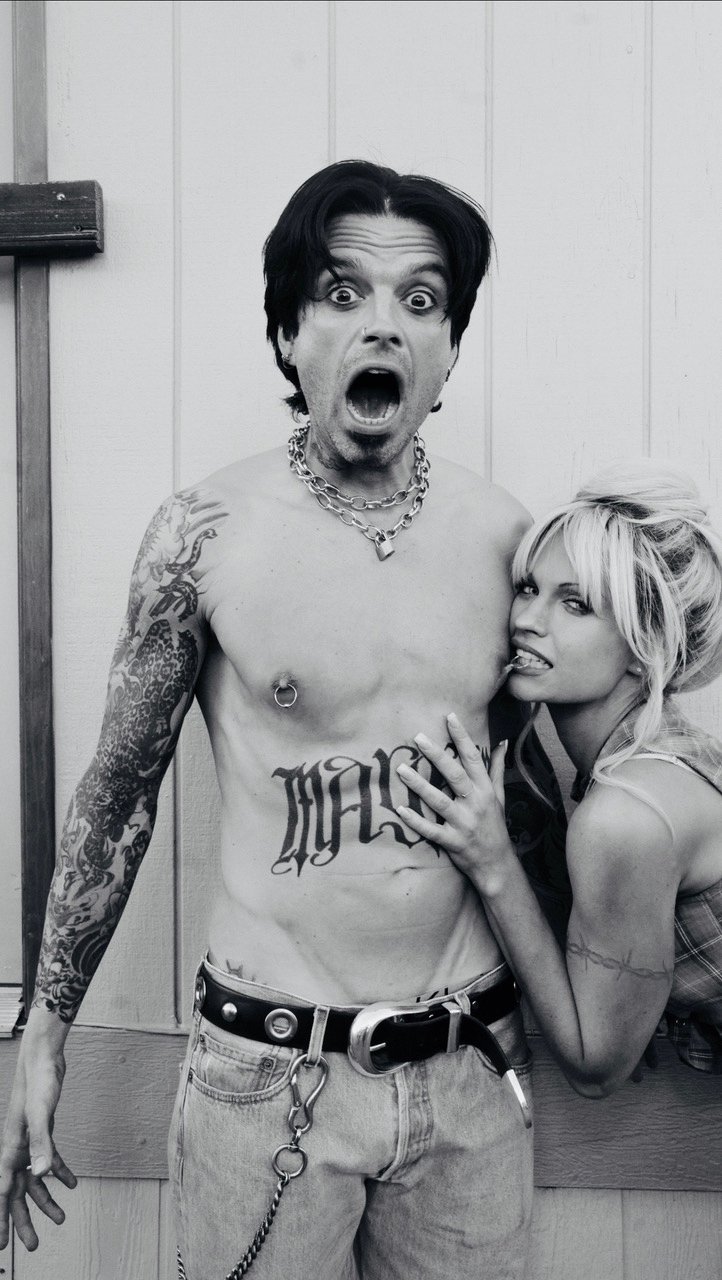 We did a double-take (Picture: Hulu) 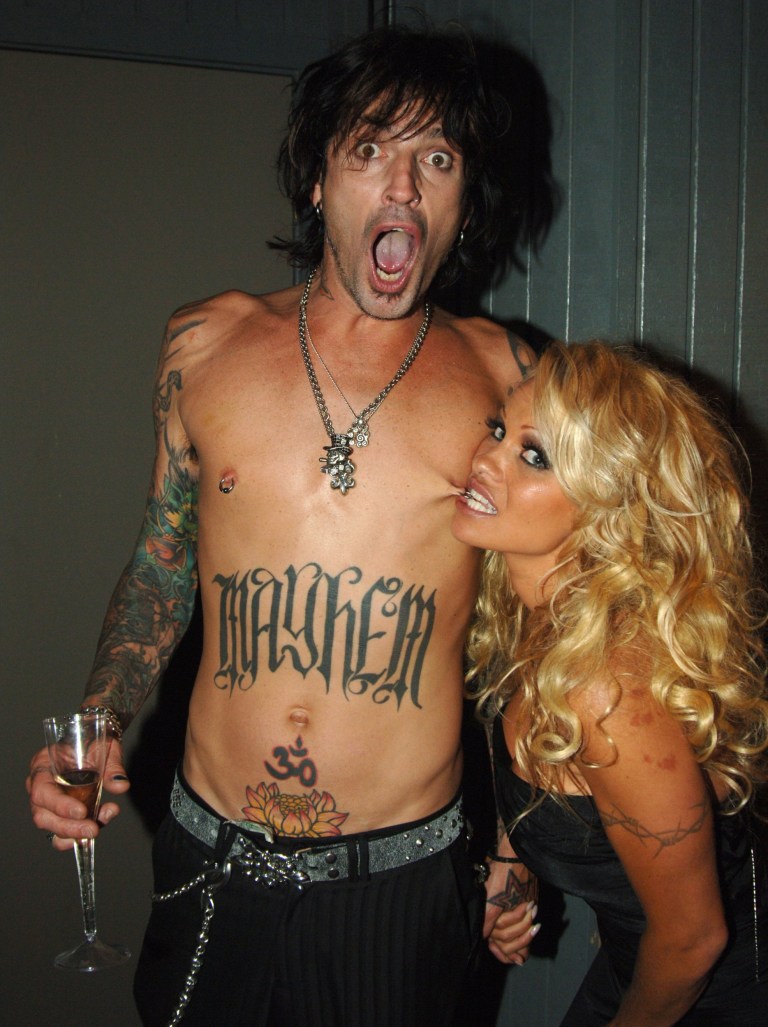 The real Pam and Tommy for reference (Picture: FilmMagic)

And for every single photo that surfaces of Lily and James in costume, we need to double-take.

Starting with Lily’s incredible transformation, everything and we mean everything (yes, even the thin arched eyebrows) looks exactly like it belongs to the Baywatch star.

Of course, there can only be one Pamela Anderson, but these photos give us hope that with enough prosthetics and expensive hair pieces, maybe we could look like the blonde bombshell too.

One photo that particularly broke the internet was of Lily in a tight, leather top. In it, she’s adopted Pamela’s bleach blonde hair, heavy makeup, skinny brows and French tips. She looks identical to the 90s star. 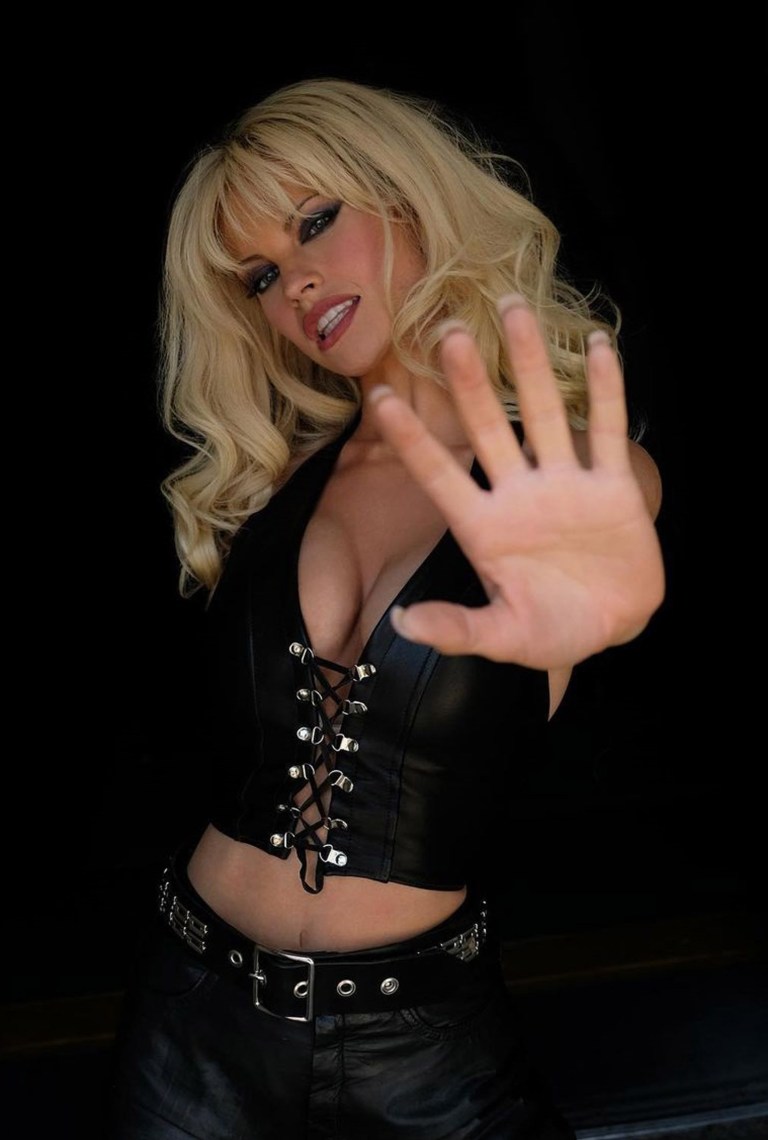 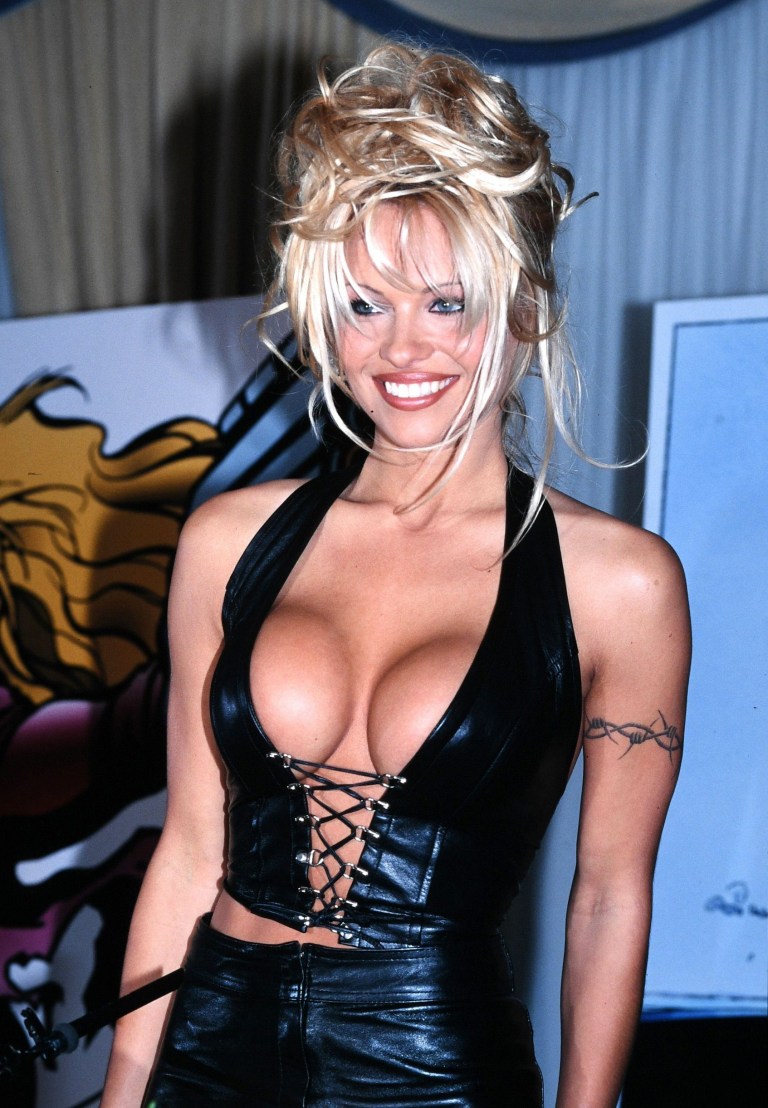 Hair designer Barry Lee Moe and his assistant Erica Adams, decided against bleaching Lily’s hair and instead used hairpieces. It is perhaps this that makes it look all the more realistic.

Lily has also been spotted donning Pamela’s iconic red Baywatch swimsuit, running across the beach exactly as Pam did.

In another testament to the Pam & Tommy hair and makeup crew, Lily uploaded a video to her Instagram Story of herself wearing a curly updo and a metallic cowl-neck top, seemingly replicating Pamela’s ensemble at the 2002 American Music Awards.

The incredible costumes don’t end there, as Lily has been snapped wandering round in blue velour trackies and posting seductive snaps as she gets into character. 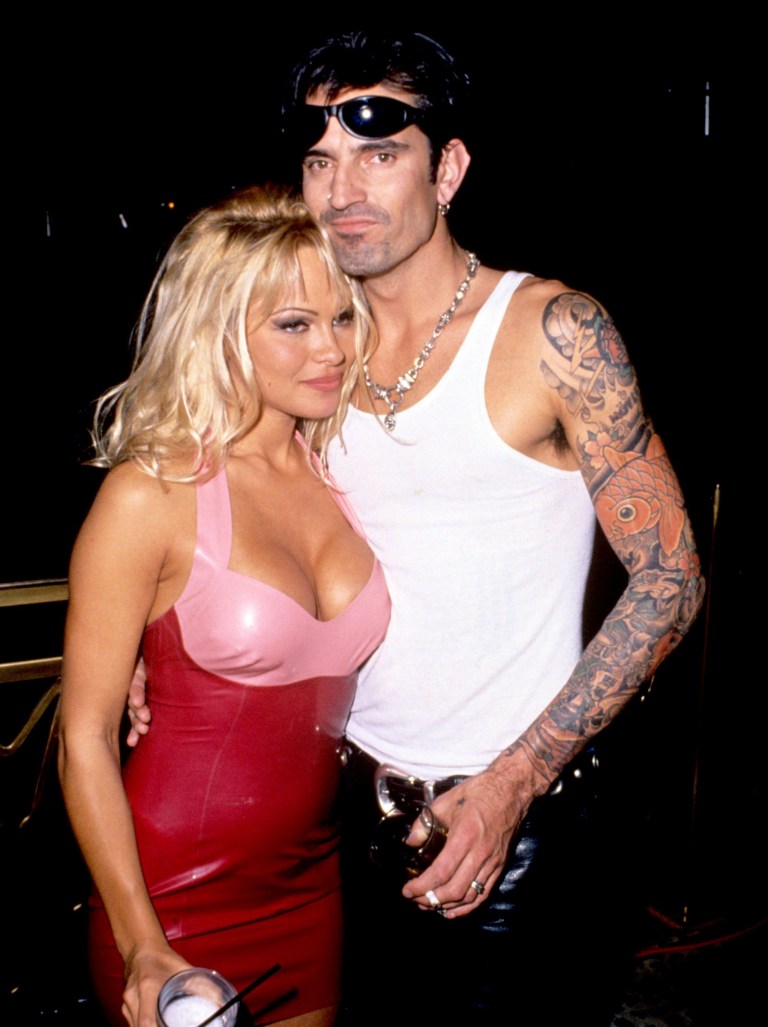 Pam and Tommy were the couple of all couples (Picture: WireImage) 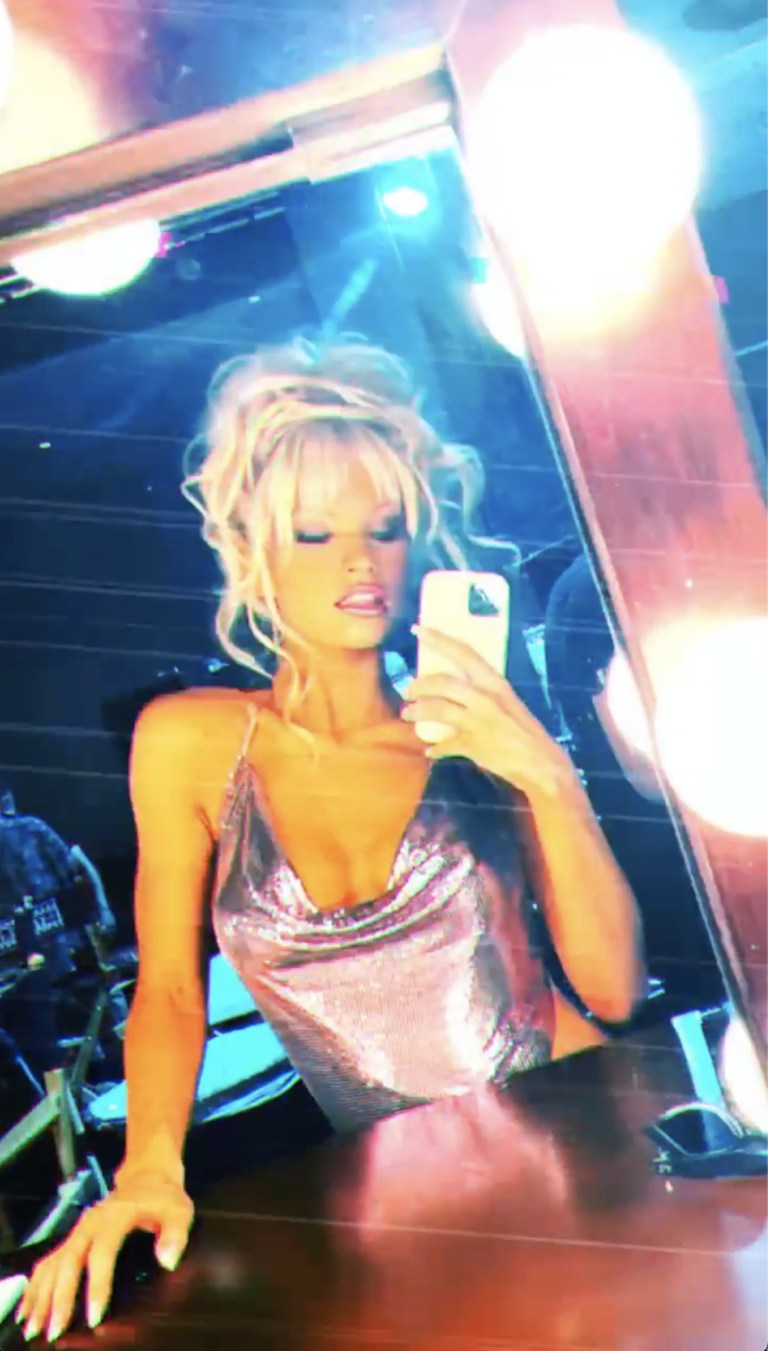 Lily James IS Pamela Anderson in photo from biopic (Picture:@ilyjamesofficial/Instagram) 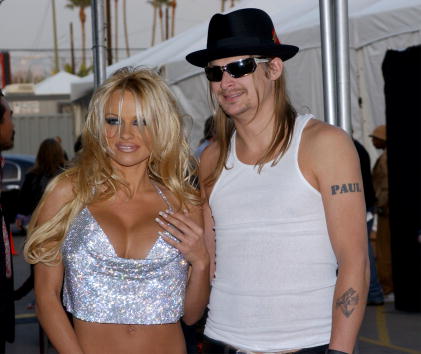 Sebastian has also wowed with his transformation. While he’s lacking in prosthetic, the faux tattoos, piercings, goatee and newly dyed jet black hair more than make up for it.

In the first look of the show, Lily and Sebastian replicated the iconic picture of Pamela tugging on her husband’s nipple ring with her teeth.

Of course, all of the praise needs to be heaped onto the cosmetics and costume departments.

It’s hard to remember a time an actor looked so convincingly like the person they were playing, so kudos to the entire team behind each of these looks.

While a release date is yet to be announced, we’re going to be eagerly keeping our eyes peeled for any other photos that grace our computer screens while we wait.

Pam and Tommy is due to air later this year on Hulu.