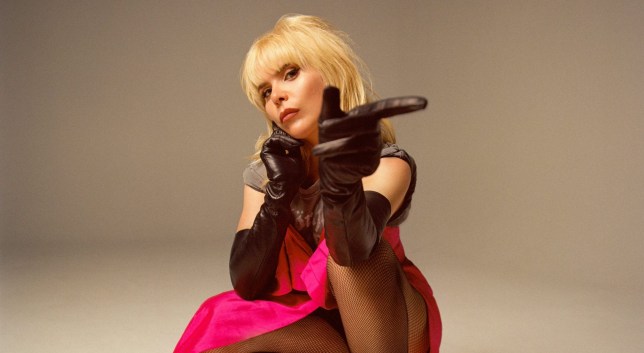 Singer, songwriter, actress, Voice judge, fashion icon, mother and national treasure Paloma Faith is grabbing a bit of free time in the car that’s whisking her off to another day’s filming of Batman prequel Pennyworth.

But given that it’s a couple of days before the announcement of Lockdown 2.0, that feeling of gratitude may be short-lived.

Luckily, her character Bet Sykes is a sociopath, so she gets to work out some of her frustrations…

‘Especially at the moment, where there’s so much internal rage about all the things that are going on in the world,’ she says. ‘I had a fight scene and the crew were in hysterics at how into battering this guy I was…’ 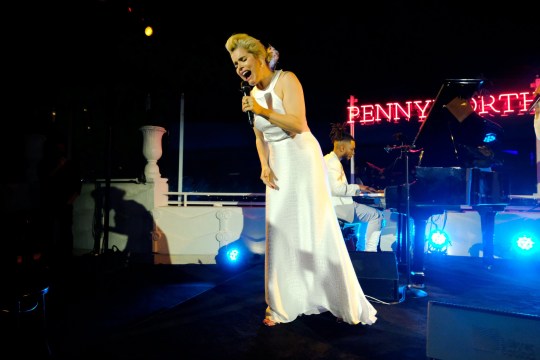 The fact that she’s pregnant with her second child – both babies the products of laborious IVF – hasn’t made things any easier, with several body doubles being brought in to do stuff like run through forests.

‘I feel that mentally I’ve always got energy but physically I feel like an old person,’ she says. ‘If I have to go upstairs in the show, I have to stop halfway. But I warned them, I’m not a skinny pregnant person, I’m pregnant in my face. There’s going to be a lot of post-production, I tell you.’

Not that we’re here to talk about Pennyworth. It’s her new album, Infinite Things, and the 2021 tour that goes with it, tickets for which went on sale recently, that she wants to chat about.

The album, she says, was pretty much ready to record when lockdown hit but then ‘all the songs seemed a bit irrelevant, just a bit superficial for the time. I haven’t got rid of them. I’m just sitting on them until that moment when we’re all, “Hallelujah! Life’s amazing again…!” Maybe in a decade.’ More laughter.

Not that it’s a whingey album, she wants to be clear, especially seeing as it’s about the most important people in her life: her daughter, her partner (French artist Leyman Lahcine), and her sister…

‘When we all – first – went into lockdown, there were two sides to our experiences,’ she says. 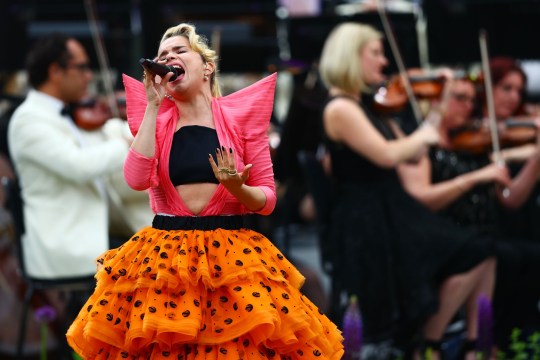 ‘On one side, there was anxiety and fear about finances and lifestyle and stuff, and on the other side there was this focus on putting our personal lives under the microscope and appreciating some simpler things. And that comes across in the music: it’s more about my internal world than the external world.’

The experience of having her daughter is behind the title track, Infinite Things, but don’t expect a straightforward message.

‘I’d spent my whole life wanting to be a mother and feeling that I have a lot of love to give,’ she says, ‘but it took a lot of work to have a baby – fertility treatments first time round because of my partner, and then this time because my body was damaged so much by my first birth. And when I looked at her it wasn’t what I expected.

‘I had post-partum depression but I also think that my expectations about what motherhood would be like were wrong. It’s as much about heartache as it is about joy and fulfilment.

‘Life is in equal measure difficult and perilous and joyful and beautiful and you have to find your way.’ Paloma also told her record company she wanted to write songs about enduring love and proper relationships, not falling head over heels after a big night out.

‘There are very few songs about staying together and making it work,’ she explains.

‘And that, essentially, is the sort of relationship I’m in. I realised that real love is these marriages that last 25 or 30 years or more so I wanted to try and write about that. 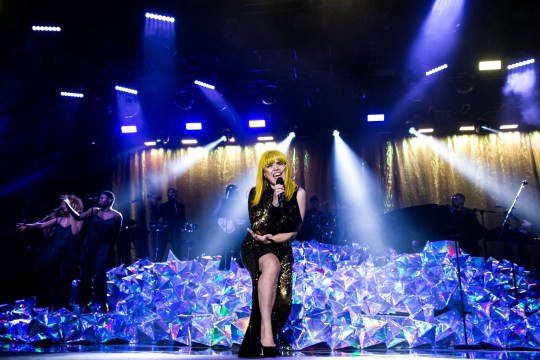 ‘About loving someone in spite all of the things that you find annoying about them… There’s one called Living With A Stranger, that’s about feeling that sometimes you don’t recognise the person you’re with.

‘My partner’s like, “Why does everyone have to know this?”’ She has a real laugh at that.

As far as touring goes – and this time she’s brought in the incredible creative director and FKA Twigs collaborator Theo Adams ‘for an extra pair of eyes’ – you would think Paloma would be daunted, seeing as though last time, having just had her baby, it turned out to be a bit of an ordeal.

‘I come from a single-parent background and my mum worked quite hard, being working class, and I try and replicate that. But I actually think maybe I shouldn’t have done it because it delayed my recovery mentally.’

‘I was being a new mum all day then turning into a pop star…’ is how she describes it. ‘I’ll have another baby by then but maybe I’ll have learnt from my mistakes and get a bit more help,’ she says.

And then we get one final laugh. ‘Maybe I will just try and stop being such a martyr!’

The album Infinite Things is out on Nov 13. Paloma’s tour starts in Oxford on September 16, 2021, palomafaith.com