A first-look trailer for Top Gear for series 30 has been revealed, with hosts Freddie Flintoff, Paddy McGuinness and Chris Harris left ‘shaken and stirred’.

The trio are taking to the road once again, with new episodes arriving on BBC One very soon.

They’ll tackle a whole variety of challenges in the upcoming run, with the clip hinting at the high-octane, Bond-themed events to come.

The upcoming series sees the boys pay tribute to some of the iconic Bond movie cars. Paddy, Freddie and Chris are given the chance to drive classic vehicles from the films, including the Aston Martin DB5 from Goldfinger and the decapitated Renault 11 Parisienne taxi from A View To A Kill.

The trailer also shows Freddie being dragged along a Scottish runway by The Stig in titanium shoes, in one of the most daring challenges yet attempted on the show.

The clip follows the trio as they take to the water in wetsuits, before previewing an emotional drive down memory lane through the Lake District in their Dads’ cars. 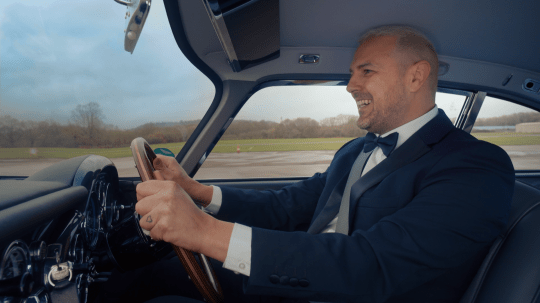 Paddy does his best James Bond impression in the new clip (Picture: BBC)

Upcoming episodes will also see Freddie race in the battery-powered off-road Extreme E against a man wearing a jetpack – definitely one for petrolheads to watch out for.

A release date for the new series has yet to be confirmed, although fans can expect it to arrive soon.

They boys will be looking to up the stakes even more after the last series. 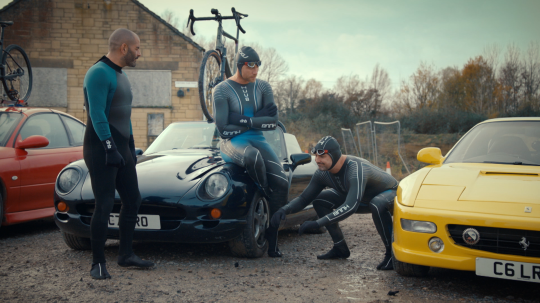 One of the most memorable moments saw Paddy clutch a teddy bear and scream after he was strapped to the top of a car that sped around a track.

The show was also praised by fans last year for its ‘beautiful’ tribute to the late Formula One racing driver, Sir Stirling Moss.

Top Gear is available to watch on BBC iPlayer