Finding love on set — eventually. Chase Stokes and Madelyn Cline met when they began shooting Outer Banks in May 2019. However, there wasn’t an immediate romantic connection.

“At that point in time, we were so anxious about the show and so nervous about constantly screwing up. I think we were all under this sort of strange umbrella of, like, ‘Dear God, we got an opportunity. Let’s not screw it up!’ So, it was just always work-oriented — really until the day we wrapped,” Stokes, 28, told Us Weekly exclusively while promoting his partnership with Sweet Earth Foods. “It wasn’t until after that, until we started to kind of get into the lockdown where we were like, ‘Is there something here or am I crazy?’ That’s sort of where it bloomed from there. I think we were just so invested in the work.” 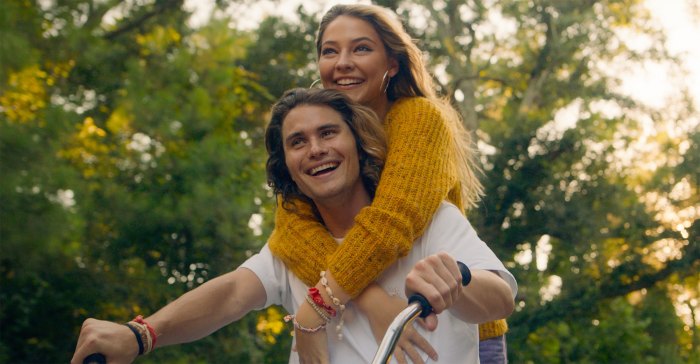 Madelyn Cline as Sarah Cameron and Chase Stokes as John B on ‘Outer Banks’. YouTube

The series, in which Stokes and Cline, 23, play John B. and Sarah Cameron, respectively, debuted on Netflix in April 2020, and it didn’t take long for fans to wonder if the onscreen romance translated offscreen. The duo confirmed they are a couple in June 2020.

The Beach House star noted that they both have a “great ability” to focus strictly on the show when filming, as they’re currently working on season 2.

“The biggest thing for me is being even more proud of her work now as her partner and watching her grow as an actress and watching her grow as a person through this,” he told Us. “I think there’s always this element of [asking] ‘How can we make it not about Maddie and Chase? How do we make it about Sarah Cameron and John B?’ So that’s been fun to sort of find the ebbs and flows of the characters and give it that birth, vs it being everybody looking at us for who we are as a couple outside of work. We’ve put in a lot of work. I think we’re really excited for people to see the development of not just our characters, but everybody. This entire cast has just put in an immense amount of work.”

The pair also quarantined together, living with costars Rudy Pankow (JJ) and Drew Starkey (Rafe) amid the coronavirus pandemic. While Stokes admittedly thought they may butt heads being under such close quarters for so long, they actually became closer.

“She’s such a sweet human being and she’s so great with communication. So, a lot of the things that we established through lockdown, we had kind of already known about each other,” the Maryland native shared with Us. “It’s just been a special thing. I mean, not only is she my partner in crime, she’s become my best friend on planet Earth.” 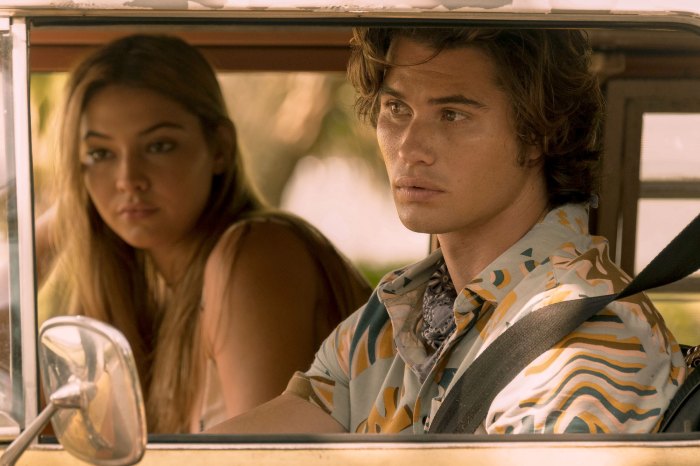 Madelyn Cline as Sarah Cameron and Chase Stokes as John B on ‘Outer Banks’. Netflix/Kobal/Shutterstock

He continued, “It’s just awesome to kind of go through such a tumultuous time in the world with somebody that not only do you trust, but you love and care about. [We’re] kind of experiencing this whole weird counterproductive sense of joy because we’re working and we’re so fortunate to have a job during this time.”