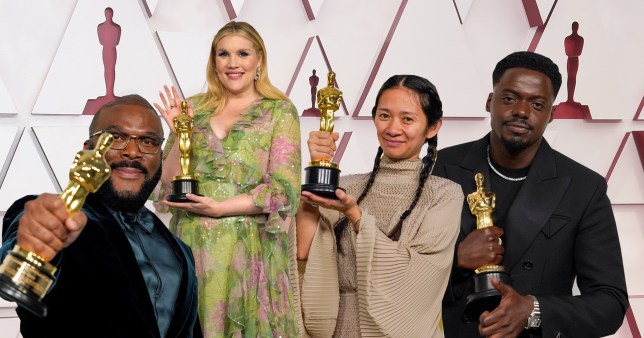 Since its beginnings in 1929, the Oscars has been known as film’s biggest night of the year – but this year, viewership has completely plummeted.

The glitzy and glamorous event, which was scaled down this year due to the coronavirus pandemic, saw its viewership drop by a whopping 58% in the US.

Only 9.85million Americans watched the event to see Chloe Zhao and Nomadland triumph, compared to 23.6m in 2020, according to preliminary Nielsen numbers.

Last year’s had also been a record low at the time.

So, in a year when many of us have relied on films more than ever before, what went wrong with this year’s Oscars? 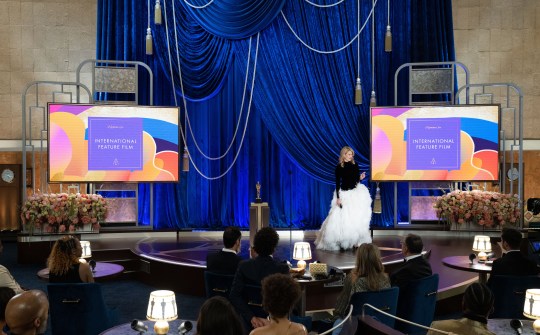 There was a much smaller audience than normal (Picture: Getty Images)

There was no doubt that this year’s ceremony would be different due to the ongoing coronavirus crisis, but co-producer Steven Soderbergh attempted to make it as entertaining as possible despite that.

He insisted it would be like a movie, and for the first few minutes it was, with Regina King filmed striding to the stage in Union Station in an epic long shot, and then giving a powerful speech.

However, things very much fell off the wagon later on, with a glorified version of Name That Tune being played during the ceremony, and a seemingly rushed version of the In Memoriam segment.

In the attempt to make it as normal as possible, the organisers asked guests not to Zoom in from home, with various nominees attending from certain locations in London – but that meant Sir Anthony Hopkins, who ended up winning best actor, was not able to attend from his home in Wales.

The organisers definitely did well with what they had, but it’s got to be said that it didn’t have the same wow-factor as a standard Oscars ceremony.

Nomadland wasn’t released in the UK before the Oscars (Picture: AP)

One big factor of the plummeting viewership has got to be that plenty of us weren’t actually able to see the films.

While all of them were released in the US by the time of the ceremony, some hadn’t been out very long.

In the UK, neither best picture winner Nomadland, nor The Father, which Sir Anthony won best actor for, had been released.

Hardly any of them enjoyed the cinema releases they deserved either, due to many cinemas being closed for much of 2020 due to the coronavirus pandemic.

Oscars season has such a different buzz when you’re able to actually view the films on the big screen and feel how the audience reacts to them.

Safe to say, it’s pretty difficult to root for the films when you haven’t been able to watch them.

The themes of the films 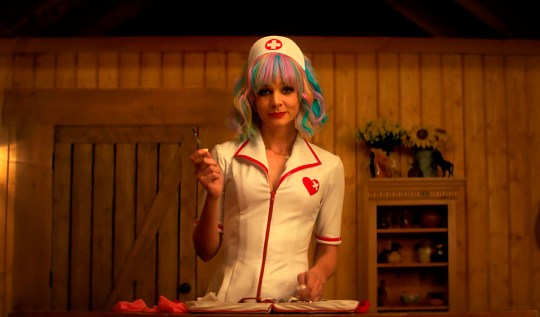 One controversial criticism of this year’s event was that the themes of the nominated films were very heavy.

From rape culture, which is explored in Emerald Fennell’s Promising Young Woman (which won best adapted screenplay) to dementia in Florian Zeller’s The Father, maybe many of us are struggling to enjoy heavier films at the moment, when the world in itself feels a little dark.

All of the issues explored in the films are, of course, deeply important – but perhaps this year, people opted for something a little lighter.

The lack of host 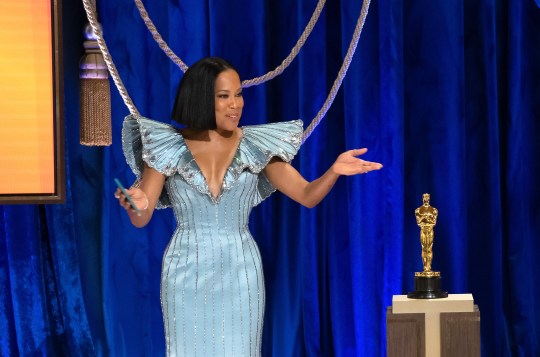 Regina would have made a brilliant host (Picture: Getty Images)

Up until 2018, the Oscars was hosted by one individual, often a comedian.

From 2018 onwards, the ceremony has instead been focused on the celebrity presenters of the awards, with nothing really tying it together.

This year, had Regina continued her hosting duties throughout the ceremony, rather than just delivering a short speech at the beginning, maybe things would have been tied together a little more.

It’s hard to say whether the Oscars will be ‘back to normal’ next year. We’ve got our fingers crossed that the coronavirus pandemic’s disruptions to the film industry are gradually ending, and that the now expected delays to releases will be a thing of the past.

Maybe having the event back in the Dolby Theatre will help it to regain some of its magic – or maybe just being in a different set of world circumstances will re-ignite everyone’s love of film’s biggest and glitziest night of the year.

Best original song: Fight For You (Judas And The Black Messiah)

Best international feature: Another Round (Denmark)

Best animated short: If Anything Happens I Love You