Supportive trio! Orlando Bloom praised both his fiancée, Katy Perry, and ex-wife, Miranda Kerr, after they attended a yoga session together.

“Spent me #wellnesswednesday with my gal @mirandakerr and @koraorganics for the very fresh & soothing #mintymineralhydrationmist launch!” Perry, 36, wrote alongside a compilation of clips from the day via Instagram on Wednesday, July 14. “First time I did yoga since being preggers… let’s just say I enjoyed Shavasana okkkk.”

The videos highlighted the singer and Kerr, 38, hanging out at the peaceful event. In one clip, Perry sprayed some of the mist on her and the Kora Organics founder after they smiled at the camera.

Bloom, 44, left his stamp of approval on the fun day, commenting, “You two are the cutest ❤️ I mist all the fun ?.”

Kerr reshared the post via her Instagram Stories and added an “I love you” message to the “Roar” performer.

The Pirates of the Caribbean actor, for his part, was first linked to the “Never Really Over” singer in 2016. The pair split briefly the following year and reconciled in 2018. Bloom proposed to Perry in 2019 and they welcomed their daughter Daisy in August 2020. 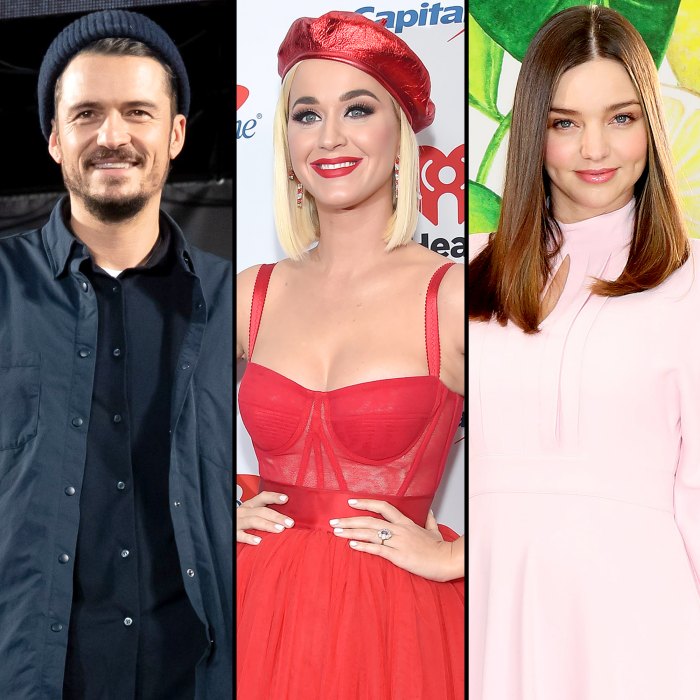 Kerr previously opened up about her healthy bond with her ex-husband and the American Idol judge.

“I adore Katy, and I just feel so happy that Orlando has found someone that makes his heart so happy, because at the end of the day, for Flynn to have a happy father and a happy mother is just the most important thing,” the Australia native told Drew Barrymore during an appearance on her daytime talk show in November 2020. “I’m just so grateful that Orlando and Katy found each other, and I’m so grateful that I found my incredible husband [Evan Spiegel] and just that we all really respect each other.”

For Kerr, the priority will always be creating a good environment for her child.

“When it comes to special occasions when we have to be together, we work it out so we have compromises [about] what is the best for our whole family,” she added. “We really do always think of what is the best thing for [our son] Flynn, and I just think that’s the most important thing.”