*WARNING: Spoilers for Only Murders In The Building below*

Only Murders In The Building bosses took viewers on a journey all the way back to the beginning in the latest episode, with an almighty twist concerning Becky Butler.

It was previously revealed that Glitter Guy was detective Daniel Kreps (Michael Rappaport), but there were still many, many question marks over his connection to our favorite crime solvers-turned podcasters.

Mabel attempted to get answers in the latest episode, and tried a different line of questioning by going up against the officer in a boxing ring.

After a tense stand-off, Kreps hit back over suggestions of his stupidity, telling her: ‘If I’m so stupid, how come I was able to land the smartest woman on the planet?

Charles, Oliver and Mabel are getting closer to unveiling Bunny’s killer (Picture: Hulu)

‘If I’m so stupid, how come I’m able to do a better podcast than you idiots in two seconds flat?’

Heaping praise on All Is Not OK, the offering from Cinda Canning (Tina Fey), he insisted: ‘That takes some talent. That takes some intelligence. Trust me, I should know.’

Side note: All Is Not OK is the podcast that Mabel, Charles and Oliver bonded over in the pilot episode, when they were forced to leave the Arconia after Tim Kono’s murder. 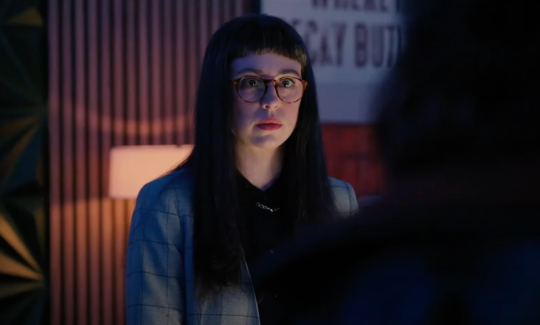 Poppy dropped the bombshell of all bombshells (Picture: Hulu)

Cinda solved the murder of Becky Butler in the series, with Mabel learning that the two cases have been connected the whole time.

With a new idea forming, she rushed to confront the host but was met with her assistant, Poppy White (Adina Verson), who seemed worried by the intrusion. 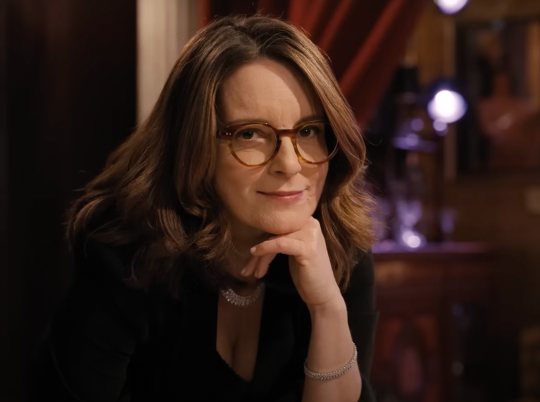 All eyes are on Cinda Canning – but what will happen next? (Picture: Hulu)

When asked why she’s so terrified of Cinda, she added: ‘Because I’m Becky Butler.’

And with that bombshell, the credits rolled, with fans flocking to Twitter to make sense of the scenes.

‘POPPY IS BECKY BUTLER… I DID NOT SEE THAT COMING AT ALL,’ one yelled.

‘THIS SHOW NEVER FAILS TO AMAZE ME!! THE SEASON FINALE IS ABOUT TO EAT I JUST KNOW IT #OnlyMurders #OMITB.’

What? That’s Becky Butler? Tina Fey is getting way too interesting ð§ð² #onlymurders

Another predicted: ‘What? That’s Becky Butler? Tina Fey is getting way too interesting  #onlymurders.’

As a viewer added: ‘That thing about Becky Butler?? Definitely I was NOT prepared at all #onlymurders.’

There is just one more episode left to learn who killed Bunny, with all eyes darting in Cinda’s direction.

But, considering the twists and turns so far, we’re betting that there are even more surprises in store for the finale…

Only Murders In The Building is available to stream on Hulu and Disney + now, with the final episode airing on Tuesday.